Japan withdrew from the International Whaling Commission on Sunday after more than 60 years of membership, as it plans to resume commercial whaling amid criticism from anti-whaling states and conservation groups.

Japan exited the IWC in its first walkout from a major international organization in its postwar history after three decades of lobbying for the restart of commercial whaling.

It remains unclear whether there will be any increase in demand for whale meat even if commercial hunting begins for the first time in 31 years.

The decision came after Japan's latest proposal to resume commercial whaling was voted down at the annual IWC meeting last September. Tokyo had threatened to leave the international organization that remains divided between pro- and anti-whaling nations and others that support one side or the other. 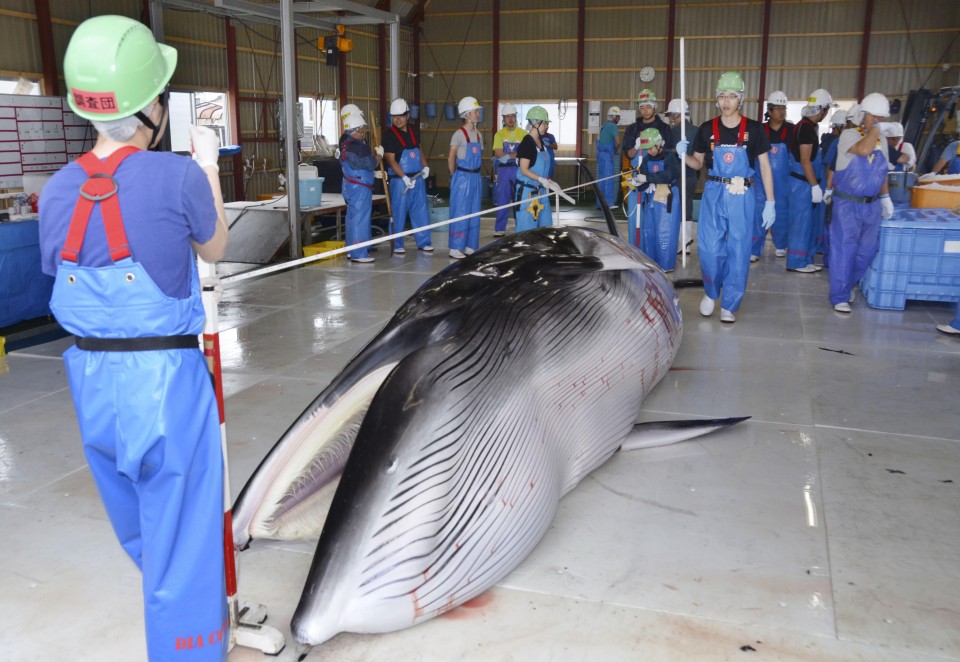 Japan begins last round of "research" whaling off Pacific coast

Chief Cabinet Secretary Yoshihide Suga has said the rejection at the September meeting "unveiled the fact that it is not possible in the IWC even to seek the coexistence of states with different views."

The IWC, founded in 1948, was originally composed of whaling nations, with its preamble stating that its purpose is to provide for the "proper conservation of whale stocks and thus make possible the orderly development of the whaling industry." But the organization has seen an increasing number of anti-whaling countries joining it.

Japan halted commercial whaling in line with a moratorium adopted in 1982 by the IWC which Japan joined in 1951. However, it started hunting whales for what it claimed were research purposes in the Antarctic and northwest Pacific oceans in 1987 and in 1994, respectively, a practice criticized internationally as a cover for commercial whaling. Meat from the captured whales was sold domestically.

Tokyo, meanwhile, had lobbied over the past 30 years for the restart of commercial whaling of relatively abundant species such as minke whales while still a member of the IWC. But its attempts had always been stymied by anti-whaling countries.

Last December, the Japan government decided to pull out of the IWC, sparking criticism from members such as Australia and New Zealand as well as conservation group Greenpeace.

Protein-rich whale meat was once a major source of nutrition in the postwar era when it was served in school lunches.

Japan will restart commercial whaling from Monday in nearby waters and within its exclusive economic zone but not in the Antarctic Ocean, where the country had carried out "scientific whaling" for what it said were research purposes.

Even after the withdrawal, Japan said it will seek to contribute to preserving maritime resources by participating in the IWC as an observer and conduct whaling within the catch limits calculated by the IWC's method, according to Suga. 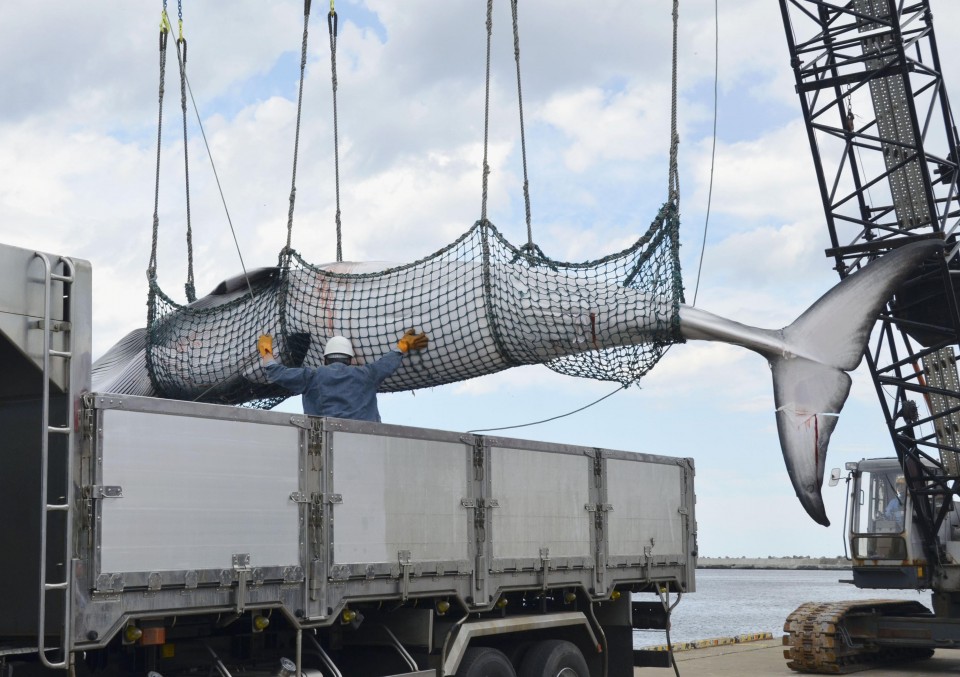 Nobuyuki Yagi, professor at a graduate school of the University of Tokyo, said Japan's decision was unavoidable.

"The IWC is no longer a respectable body but rather a place for anti-whaling countries to press their views," he said.

Meanwhile, Atsushi Ishii, associate professor at Tohoku University, said if Japan wants to protect its whaling culture and hunt whales in accordance with international law, it should try to continue negotiating within the framework of a legal international institution.

The whaling industry hopes the resumption of commercial whaling will help its business. But it remains unclear how much demand will recover after sharply dropping as the Japanese diet has changed over the past few decades.

Annual domestic consumption of whale meat was around 200,000 tons in the 1960s, but the figure has fallen to around 5,000 tons in recent years, according to government data.

The following is a chronology of events related to Japanese whaling.

2014 - The International Court of Justice issues an order to halt Japan's research whaling in the Antarctic Ocean.

2015 - Japan resumes research whaling in the Antarctic Ocean by reducing the number of whales it hunts.

Dec. 26 - Japan announces its plan to withdraw from the IWC.