The city of Osaka was making final preparations Thursday to host the Group of 20 summit by increasing police presence on the streets, while introducing heavy traffic restrictions that are expected to cause disruption across Japan's second-largest metropolis.

According to local police, some 32,000 officers are expected to be mobilized in Osaka and the surrounding region for the meeting chaired by Prime Minister Shinzo Abe and attended by world leaders including U.S. President Donald Trump and Chinese President Xi Jinping.

Security was tight in and around Sakishima, the man-made island in Osaka Bay that hosts the G-20 summit venue, with the police stopping cars frequently. The Japan Coast Guard has said it will deploy more than 60 vessels to patrol nearby waters.

The police have warned of traffic restrictions on the Hanshin Expressway to allow for the participating leaders' motorcades, airing a public service announcement featuring a famous comedian calling on local residents to leave their cars at home. 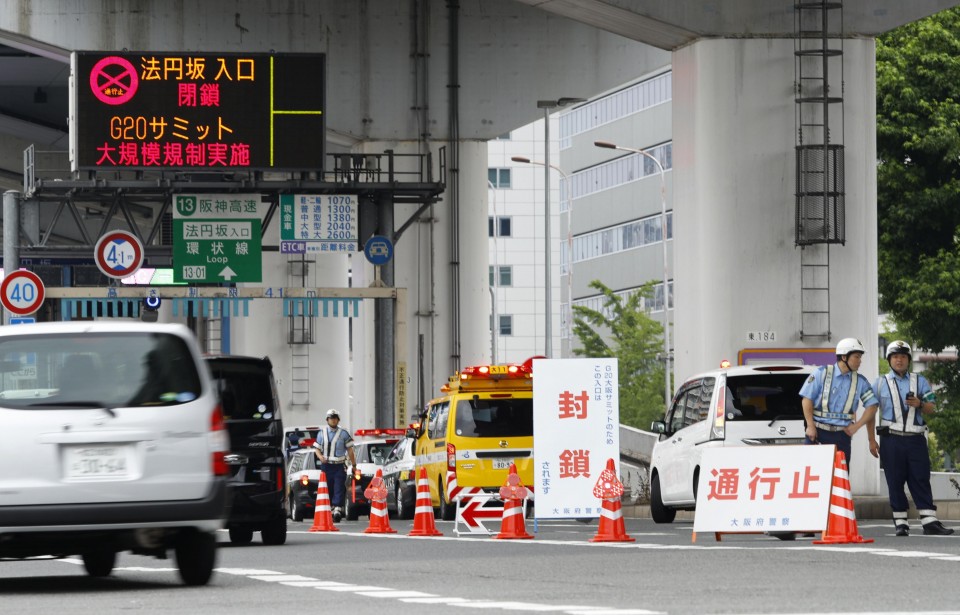 Public schools in the city were also closed Thursday and Friday to reduce the number of commuters.

Osaka Governor Hirofumi Yoshimura on Wednesday called on local residents to show patience despite the "inconveniences."

Local residents had mixed feelings about the summit.

Kosuke Hakatagi, 23, was hopeful that the first G-20 conference Japan has hosted in its 11-year history will be successful. "I hope Japan can take the lead in building an international consensus on issues like trade friction and plastic pollution," he said.

But 21-year-old Shinyu Hayama said, "I have zero interest."

Some of the city's major attractions closed for the summit, including Osaka Castle, as well as many businesses in Tobita Shinchi, a famous red-light district that dates back to 1912. 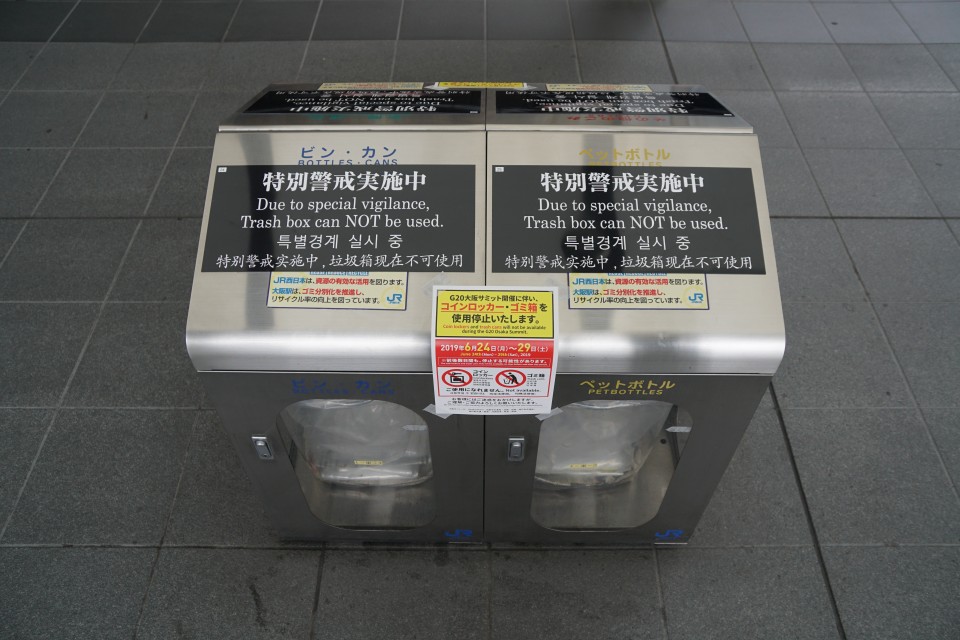 (Trash cans in Osaka Station are blocked during the G-20 summit to prevent them from concealing bombs and other dangerous objects.)

A woman who runs a bar nearby said Wednesday she usually counts on clientele from Tobita Shinchi dropping in for a drink, so business "will probably be slow" during the conference.

Other businesses saw it as an opportunity to draw in customers. Restaurant chain Yakisoba Center is offering a 3,310 yen ($30) plate of stir-fry noodles that serves 20, the number of economies that make up the G-20.

In Osaka Station, the busiest rail hub in western Japan, surveillance cameras with signs reading "special alert" were installed. Coin lockers and trash cans were blocked to prevent them from being used to conceal bombs and other dangerous objects. 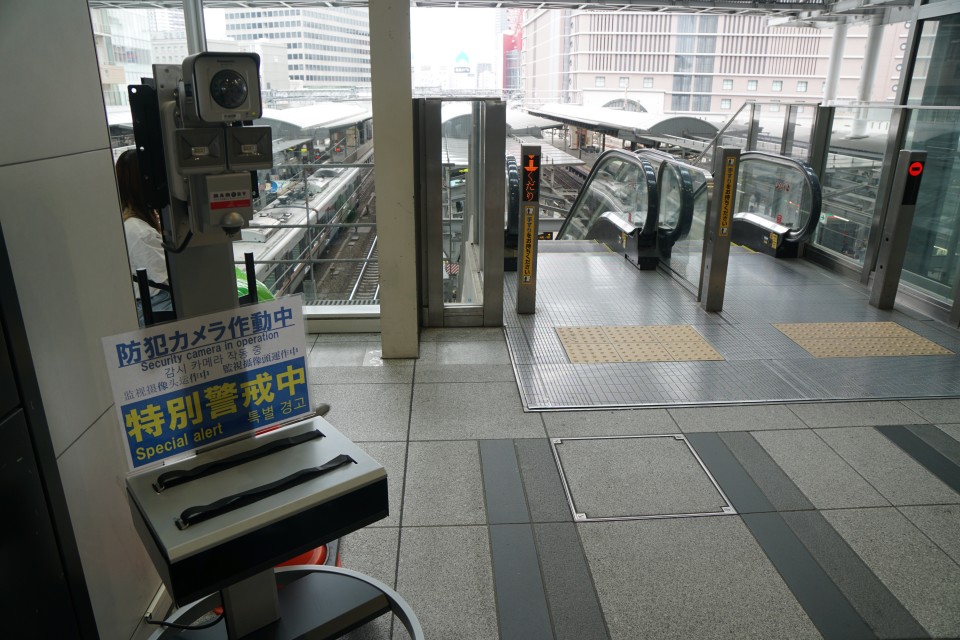 (A surveillance camera installed by West Japan Railway Co. during the G-20 summit.)

Meanwhile, a tropical storm approaching from the southwest threatened to strike the area just as many of the world leaders were arriving. The scenario conjured memories of last September when a powerful typhoon led to extensive flooding that temporarily shut down Kansai International Airport.

"What if the leaders can't touch down? Then they would have to arrive by another route, and that could mean new traffic restrictions," said a worried 51-year old man working at a local supermarket.