Forward Mana Iwabuchi and Yuika Sugasawa scored first-half goals as Nadeshiko Japan held on for a 2-1 win against Group D opponents Scotland at the 2019 FIFA Women's World Cup on Friday.

Having been in control for most of the match, Asako Takakura's side endured a nervous finish at Roazhon Park after substitute forward Lana Clelland capitalized on a defensive mistake to score for Scotland with two minutes left. 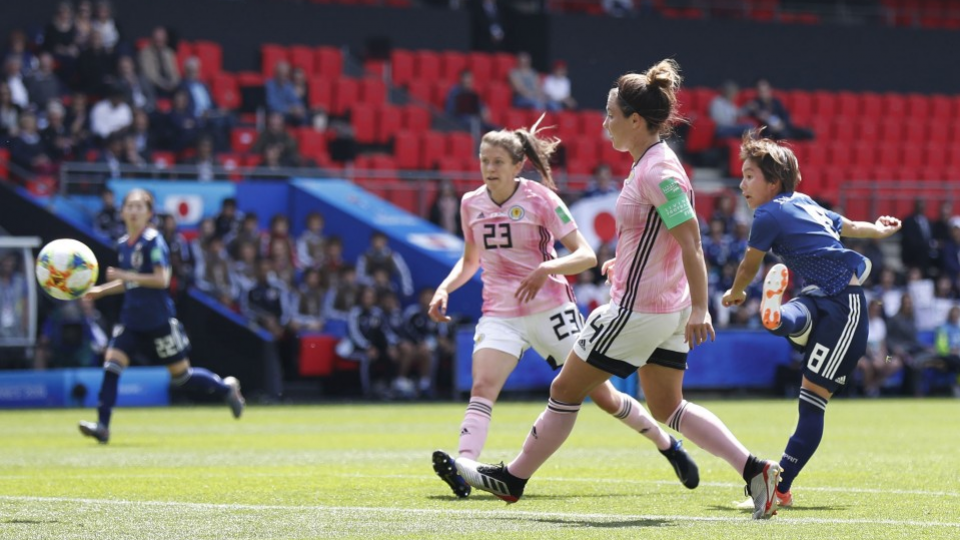 (Mana Iwabuchi of Japan opens the scoring during the first half.)

The 2011 champions nevertheless took a big step toward the knockout stage with the win, and were overall much sharper than in their tournament opener, when they were held to a scoreless draw by unfancied Argentina.

World No. 7 Japan dictated the flow from the outset of the match and spent long stretches applying attacking pressure against the 20th-ranked Scots.

Veteran defender Aya Sameshima said Japan had made a concerted effort to be more aggressive after an overly cautious start against Argentina.

"Basically after the last game, we wanted to come out differently and attack from the start. We thought (Scotland) might be pressured into giving up own goals, so we wanted to push forward as much as we could," Sameshima said.

"Obviously at the end there were some things we needed to do better," she said.

Takakura made two changes to the side that faced Argentina, starting veteran striker Iwabuchi ahead of Kumi Yokoyama and replacing injury-hampered winger Yui Hasegawa with 19-year-old Jun Endo.

The new starters vindicated their manager when they connected on Japan's opener in the 23rd minute. Attacking from the left, Endo found Iwabuchi in space near the edge of the area. The INAC Kobe Leonessa striker took one touch before beating Scotland keeper Lee Alexander with a dipping shot from inside the arc.

"We were really pressing forward to score from the start, and in that situation, I had only one option. Iwabuchi was there, and we made it happen," World Cup debutant Endo said. 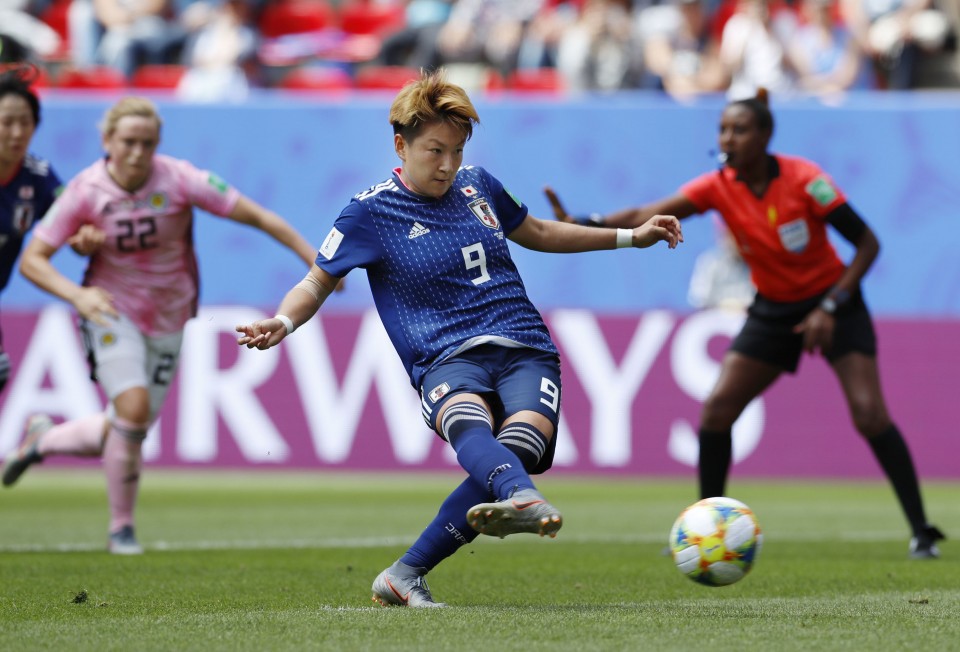 (Yuika Sugasawa of Japan scores from the penalty spot during the first half.)

"I was really nervous at the start, but after we scored, I could loosen up and enjoy myself."

Sugasawa earned Japan's 37th-minute penalty when she was tugged from behind by defender Rachel Corsie while making a break into the area.

The 28-year-old forward sent Alexander the wrong way as she confidently slotted the kick in the bottom right corner.

Scotland's best chance of the opening half came three minutes from the break when forward Erin Cuthbert shot over the bar from the edge of the area.

Japan almost went into halftime up 3-0, with Hina Sugita hitting the woodwork from close range after a cross from Endo in additional time.

Scotland made a stronger effort in the second half but were largely unable to break down Japan's defense. But they were gifted a lifeline in the 88th minute when center-back Nana Ichise miscued a pass from the sideline straight to Clelland, who scored with a stunning shot from the corner of the box.

Hasegawa, who hurt her left ankle against Argentina, entered the match as an 81st-minute substitute. She helped create a chance for Rikako Kobayashi in injury time, but the substitute forward's close-range shot was blocked by Alexander.

Japan will play their final group game against England in Nice on Wednesday. Takakura said she hopes to see further improvement from her team in their showdown against the world No. 3 side.

"From this game, we need to learn to control the flow of the game better, and that requires the players to be stronger mentally," Takakura said. 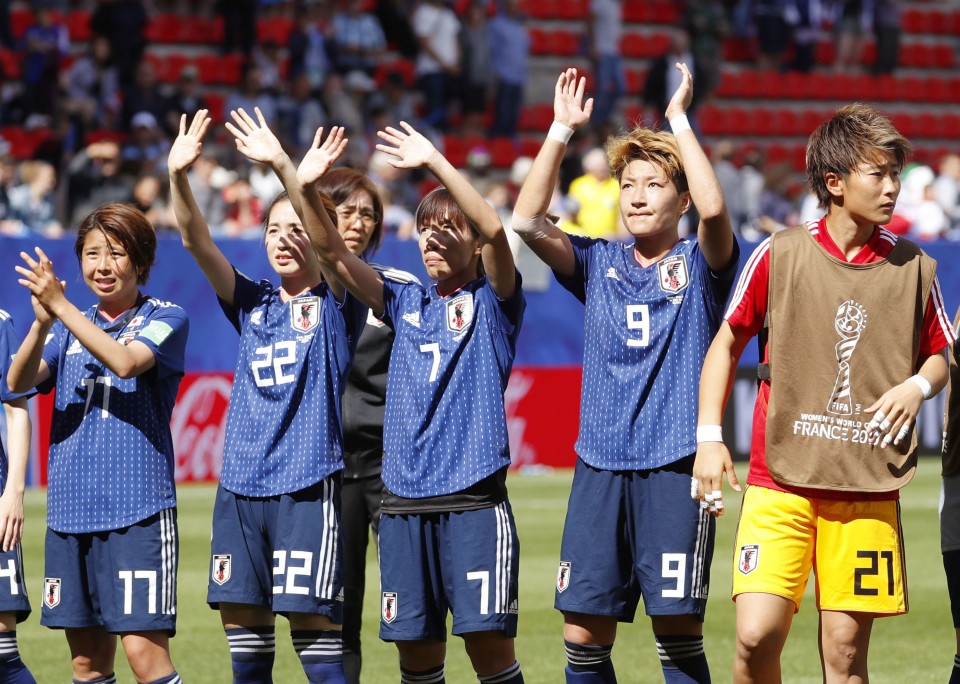