The Financial Services Agency estimates couples will require up to 30 million yen in retirement savings, far higher than the amount suggested by a panel in a controversial report that questioned the credibility of the public pension system, a document showed Tuesday.

At a meeting of the panel in April, the agency presented its own estimate that retired couples would need 15 million yen ($139,000) to 30 million yen if they live to be 95 years old to make up for a shortfall that would be incurred if they were to rely solely on pension benefits to cover living expenses after retirement.

The top end of the range in the agency document is far higher than the 20 million yen estimate presented in a report by the panel on June 3.

The panel said in the report that a couple would face a monthly shortfall of 50,000 yen if they were to live until 95 and depended only on their pensions.

The report sparked criticism from opposition and ruling parties and even some Cabinet members ahead of an upper house election next month.

Finance Minister Taro Aso, who doubles as minister for financial services, refused last week to receive the report, saying the panel's estimate contradicted the government's view that the pension system serves as the basis of household finances during post-retirement years. 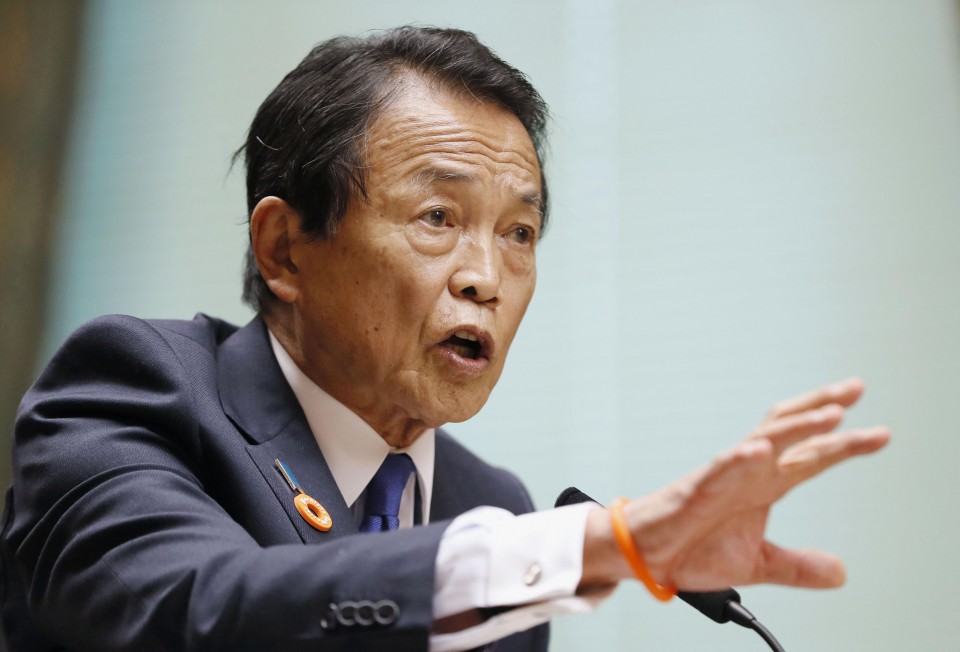 Aso said Tuesday at a regular press conference that the estimate in the document was presented for use in the panel's report and did "not show the assets necessary" for a retired couple.

Pension problems have been a major issue in past elections. In the 2007 House of Councillors election, when Shinzo Abe was serving his first term as prime minister, his ruling Liberal Democratic Party suffered a defeat over issues including the mishandling of public pension records.