Thousands of protesters surrounded Hong Kong's police headquarters on Friday to demand the complete withdrawal of a controversial extradition bill, work on which was recently suspended by the territory's chief executive.

A Hong Kong government spokesman confirmed Friday that work on revising the bill has been halted and that the government accepts the reality that the bill will expire in about a year.

The current term of the Legislative Council ends in July next year, and under its rules the bill will automatically expire if it is not reintroduced by then.

However, democrats and young people continue to press for the "total withdrawal" of the bill, which could allow the transfer of fugitives to mainland China.

On Tuesday, Hong Kong Chief Executive Carrie Lam apologized to citizens over her mishandling of the legislation. She promised not to re-introduce the bill "if these fears and anxieties cannot be adequately addressed." 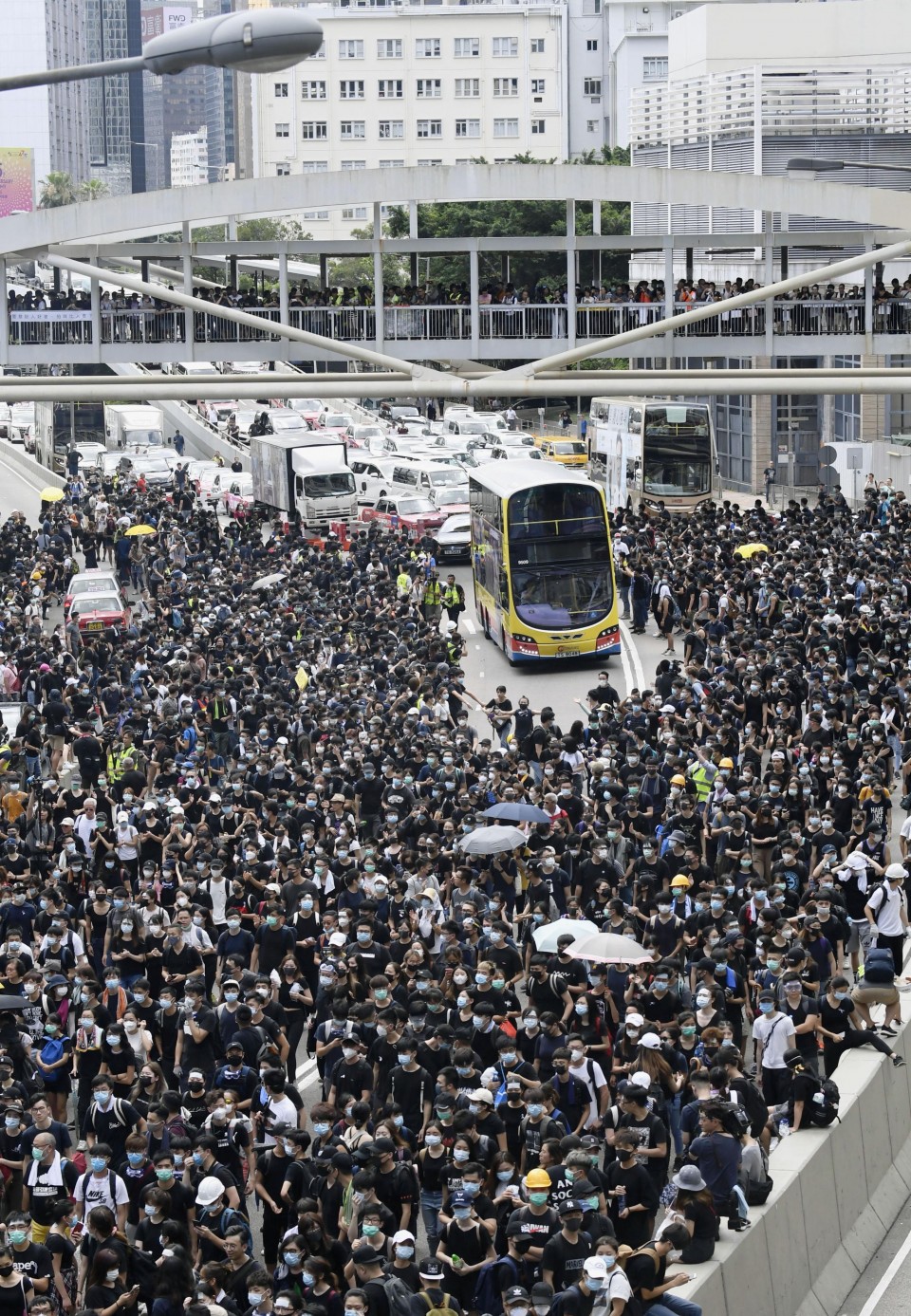 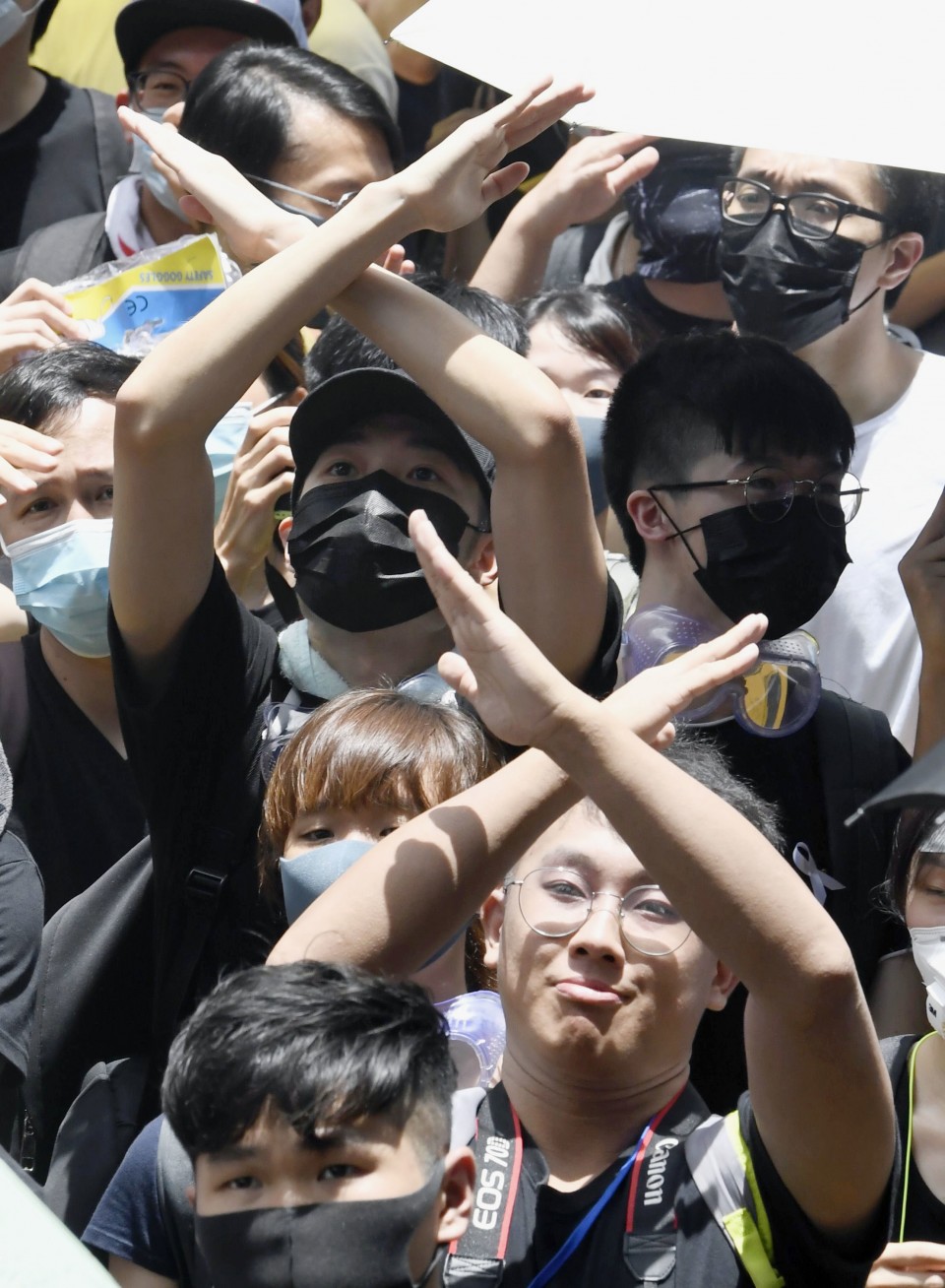 Protesters seeking the bill's withdrawal on Friday temporarily occupied the lobby of Revenue Tower, which houses the territory's tax offices, and the lobby of Immigration Tower, both located in Wan Chai.

About 10,000 young people are still surrounding the police headquarters and occupying major highways near the government headquarters.

They are also demanding the release of detained activists and apologies for alleged police brutality in a protest last week.

While indefinitely suspending work on the bill in the Legislative Council means it will likely be automatically dropped next year, some protesters remain skeptical.

Friday's protest was led by activists such as Joshua Wong, one of the student leaders of 2014's mass demonstrations, also known as "Occupy Central," who was released from prison this week. 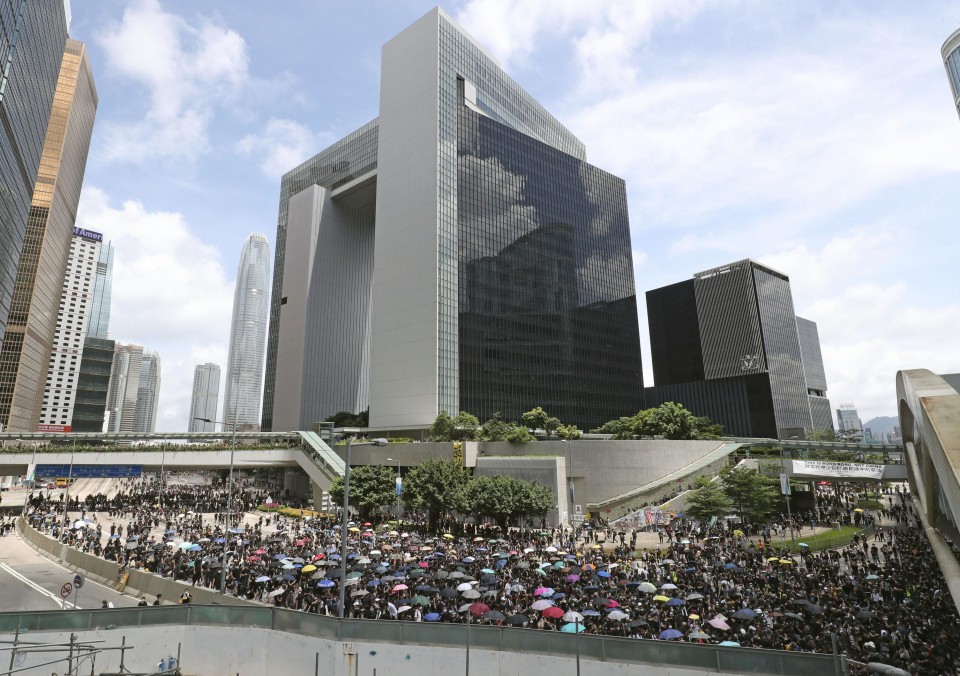 A 24-year-old jobless man at Friday's protest said he could not believe Lam's reassurance that amendment work would not go forward, because she did not promise the bill's withdrawal.

The Hong Kong government has decided to close its offices near Friday's protest for safety reasons. While police readied 6,000 officers, they did not deploy them near protesters, possibly to avoid a repeat of the violent clash that marred a demonstration on June 12.

Despite continued calls among mostly young protesters for the bill's withdrawal, some citizens appear satisfied with the progress made in recent weeks.

Organizers say nearly 2 million people took to the streets of central Hong Kong on Sunday to march against the bill, which it is feared will strengthen the influence of communist China in the autonomous territory and erode civil liberties. Police put the peak-time turnout at 338,000 on the three roads permitted for the procession.