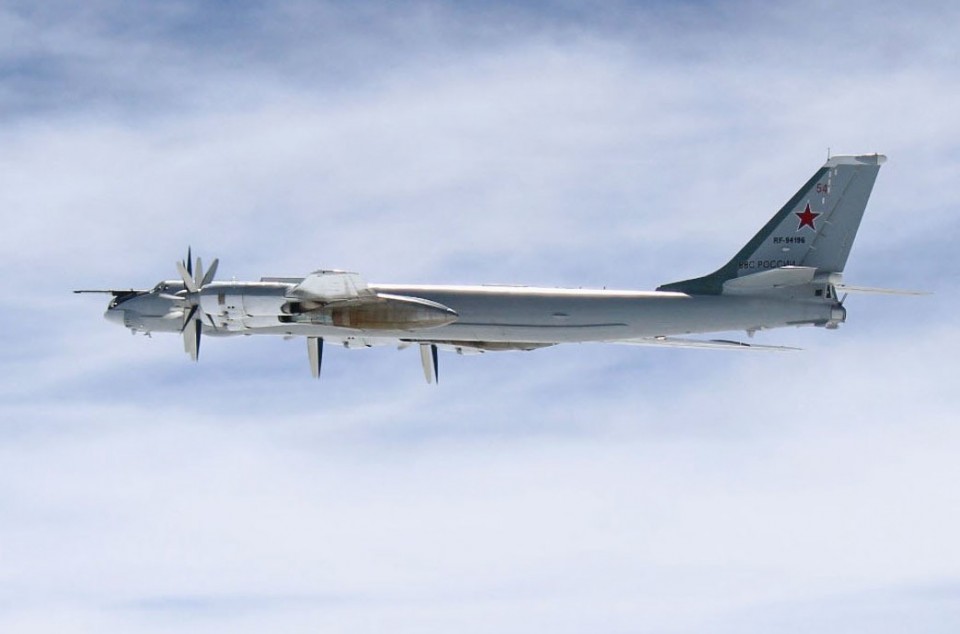 Two Tu-95 bombers entered Japanese airspace near Minamidaito Island in Okinawa for about three minutes from around 8:55 a.m. on Thursday, and one of them re-entered, flying near Hachijo Island in the Izu island chain, south of Tokyo, for around two minutes just past 10:20 a.m., the ministry said, adding there were no dangerous maneuvers.

The two bombers were spotted flying southward from the Sea of Japan through the Tsushima Strait between Japan's southwest and South Korea in the morning and then turning north over the south of Okinawa, the ministry said.

The Japanese government lodged a "stern protest" with Russia, according to the Japanese Foreign Ministry.

The Russian Defense Ministry denied a violation had occurred, Russia's Tass news agency reported, citing the ministry as saying the "flight was carried out in strict compliance with the international rules" and "without any violations of the borders of other states."

Two ASDF fighters "escorted" the bombers during parts of the over 14-hour flight of the Russian aircraft, according to the Tass report.

In September 2015, what appeared to be a Russian aircraft violated northern Japanese airspace off the Nemuro Peninsula on Japan's northernmost main island of Hokkaido, according to Japan's Defense Ministry. The area is near Kunashiri Island and the Habomai islet group, two of four Russian-controlled islands that are claimed by Japan.