U.S. President Donald Trump said Friday that he called off a military strike against Iran 10 minutes before the plan was to go into action.

Trump revealed in Twitter posts that the plan was to hit three sites in retaliation for Tehran's downing of an unmanned U.S. drone on Thursday. 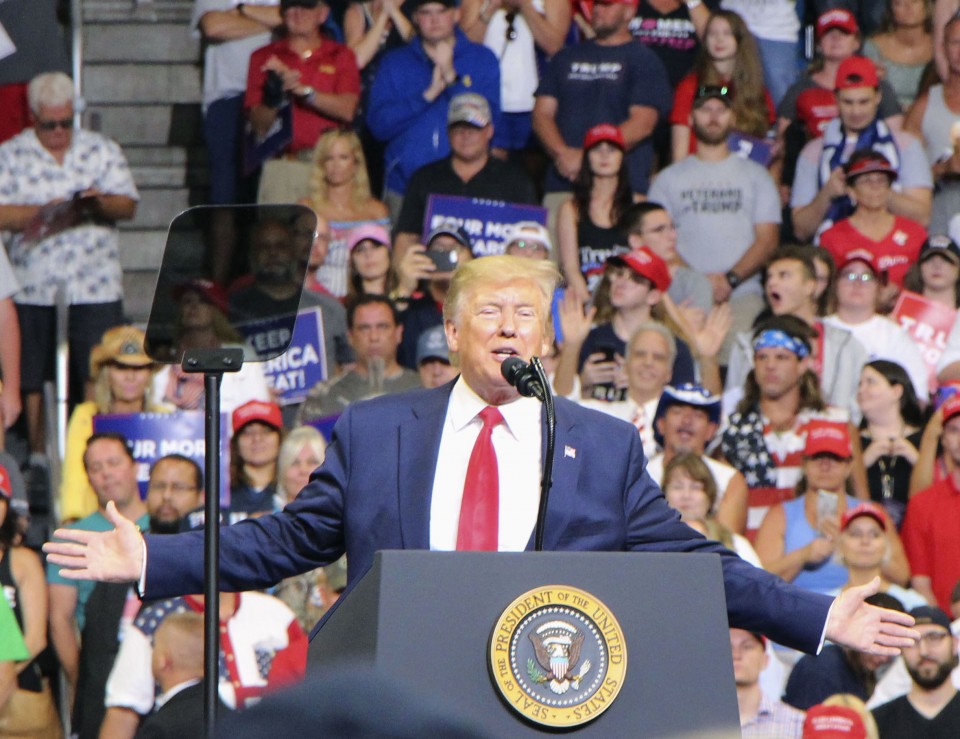 In the wake of heightened tensions in the Middle East, the U.S. Federal Aviation Administration issued an emergency order prohibiting U.S. airlines from flying in airspace near Iran.

Trump claimed he stopped the planned attack because it could have killed 150 people, a response he said would be disproportionate.

"We were cocked & loaded to retaliate last night on 3 different sites," he wrote. "10 minutes before the strike I stopped it, not proportionate to shooting down an unmanned drone."

"There was complete unanimity amongst the president's advisers and DOD (Department of Defense) leadership on an appropriate response to Iran's activities," it said, quoting a senior administration official. "The president made the final decision."

On Twitter, Trump said, "I am in no hurry, our Military is rebuilt, new, and ready to go, by far the best in the world."