Osaka Castle searched for suspicious objects ahead of G-20 summit

Osaka police searched for suspicious objects around the inner moat of Osaka Castle on Monday, as part of security preparations for the Group of 20 summit to be held in the city later this week.

Around 30 local police officers swept the park area, which is scheduled to host events related to the summit, for explosives or other suspicious objects, diving into moat waters and checking the stone wall and bridge from boats. 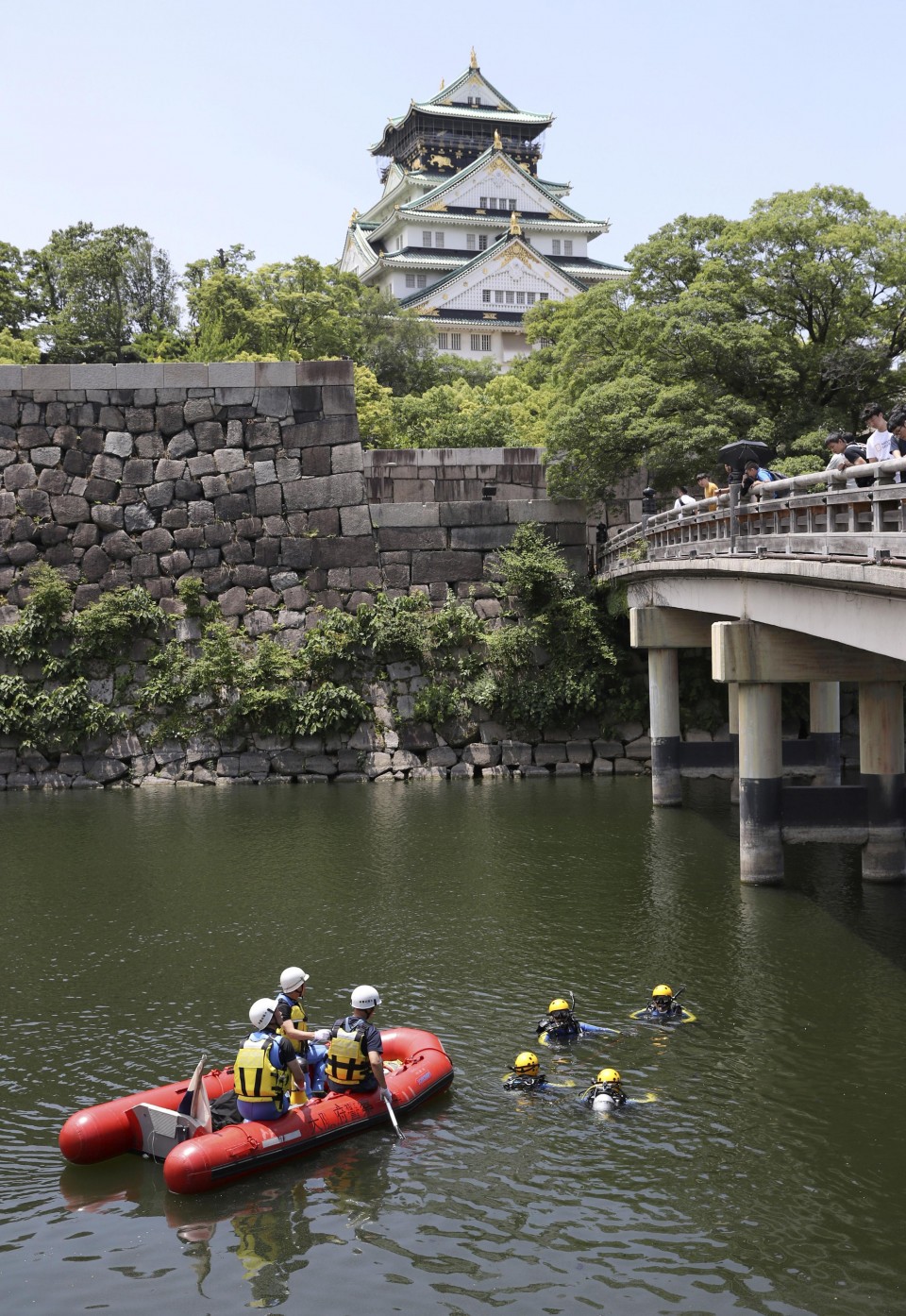 "We will put all effort into countermeasures as the summit is fast approaching," an officer in charge of the operation said. The two-day gathering will be held from Friday.

The castle's main tower and Nishinomaru Garden will be temporarily closed off to beef up security around the landmark, which is popular with both Japanese and overseas visitors.

Roads around the area will also be subject to major traffic restrictions.

The police also said Monday areas surrounding Osaka Castle Park, major hotels in the city and the Osaka prefectural government office would be among 19 locations newly added to the list of no-fly zones for drones for four days from Thursday. 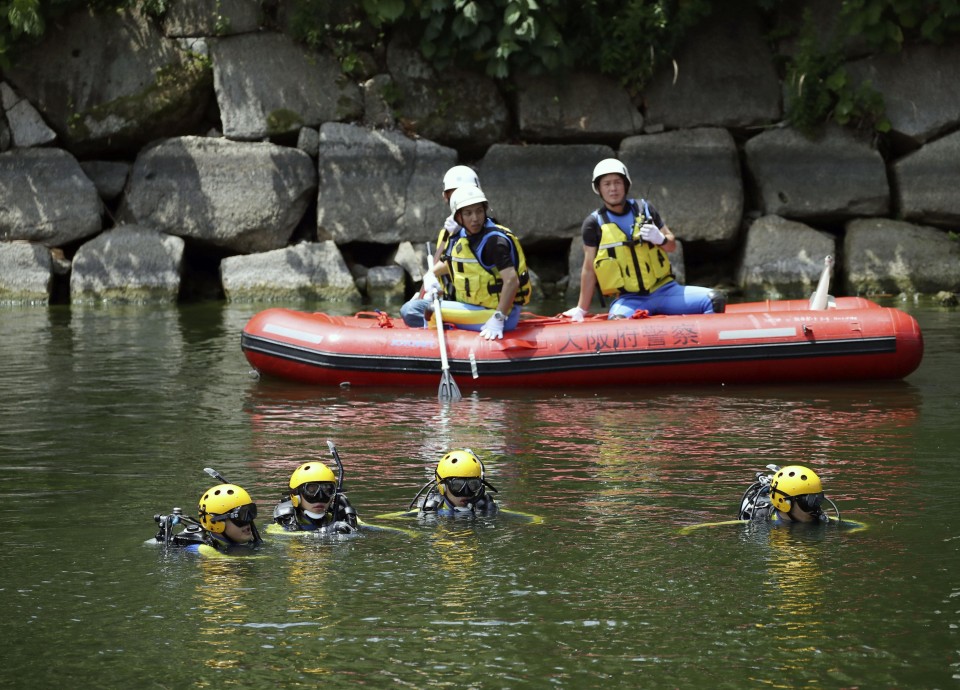 Stations in Osaka to suspend use of trash cans, lockers for G-20 security