ASEAN unwilling to get tough on North Korea for economic benefits

In the year since the historic first U.S.-North Korea nuclear summit in Singapore, ASEAN countries have become unwilling to get tough on North Korea, with some eyeing economic benefits from Pyongyang in the future.

The 10 member states of the Association of Southeast Asian Nations have been trying to improve ties with North Korea, as the possibility has waned that Pyongyang will be engaged in a military conflict with Washington, jeopardizing regional stability.

A few companies in ASEAN, meanwhile, are paying close attention to North Korea's economic potential and they have exported goods to the Northeast Asian country to deepen ties with Pyongyang, even though such a move violates U.N. Security Council sanctions resolutions.

At their summit in Singapore on June 12 last year, U.S. President Donald Trump and North Korean leader Kim Jong Un agreed that Washington would provide security guarantees to Pyongyang in return for "complete denuclearization" of the Korean Peninsula. 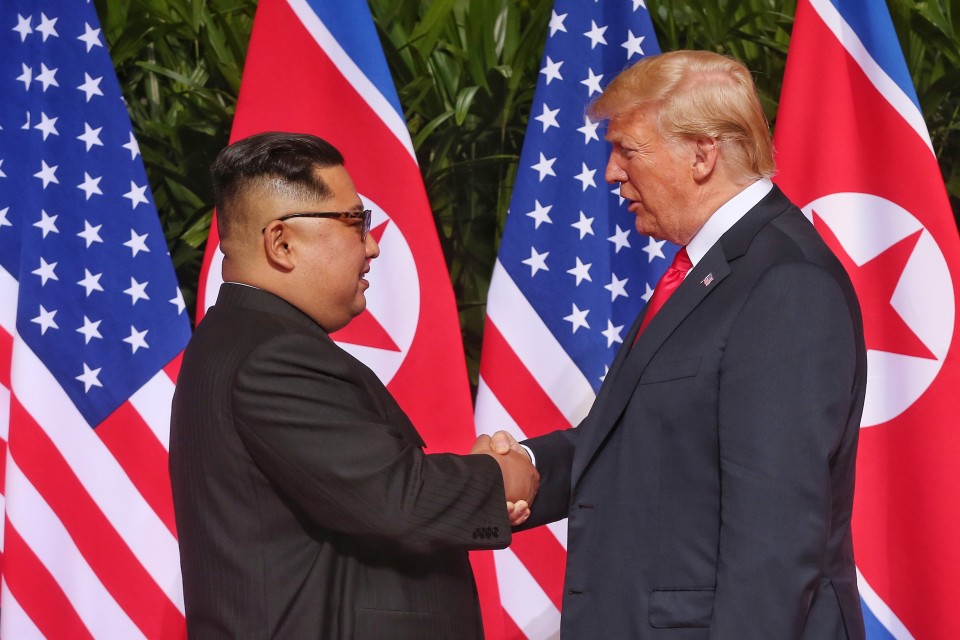 But the two leaders fell short of a deal at their Feb. 27-28 second summit in the Vietnamese capital Hanoi against a backdrop of the gap between Washington's insistence on denuclearization and Pyongyang's demand for sanctions relief.

As denuclearization negotiations have been at a standstill, North Korea has resumed provocative actions against the United States, such as firing projectiles that appeared to be short-range ballistic missiles in early May.

Nevertheless, Trump, who some analysts say wants to be able to tout results during his re-election campaign next year, continues to take a conciliatory approach toward North Korea, voicing hope to continue talks with Kim.

Pyongyang also seems to be reluctant to break off talks with Washington to achieve its ultimate goals of obtaining security guarantees from the United States and revitalizing North Korea's stagnant economy.

"After Trump and Kim met in Singapore, they have said that their personal relations remain good. We don't expect that military tensions between the United States and North Korea will grow," a diplomat in Beijing from one of the ASEAN nations said.

"North Korea's missiles and nuclear weapons are not a threat to us. What we are concerned about is whether a U.S.-North Korea clash would threaten security in our region," the diplomat said.

"If the possibility is remote, there is no reason for us to take a hard-line approach that would hurt relations with North Korea. ASEAN member states are seeking stable and neutral ties with the two Koreas," he added.

Shawn Ho, an associate research fellow at the S. Rajaratnam School of International Studies, echoed the view, saying, "ASEAN member states believe it is important to remain neutral in their respective foreign policies."

North Korea's relations with Indonesia and Vietnam sharply worsened in the wake of the murder of Kim Jong Nam, the estranged half-brother of Kim, at Kuala Lumpur International Airport on Feb. 13, 2017.

Two women -- from Indonesia and Vietnam -- had been charged with killing Kim Jong Nam by smearing the highly toxic nerve agent VX on his face at the airport, but they were released earlier this year.

Since the case has "more or less been resolved" after the release of the two women, Pyongyang's ties with Jakarta and Hanoi "appear to be back to normal," said Ho, an expert of the Korean Peninsula at the think tank in Singapore.

Relations between North Korea and Malaysia also deteriorated following the apparent assassination by Pyongyang. Kuala Lumpur expelled the North Korean ambassador to Malaysia, bringing down the curtain on over 40 years of cozy ties.

Amid a thaw in ties, "Some business people from various ASEAN member states are interested to explore business opportunities in the DPRK," Ho said, using the acronym for North Korea's formal name, the Democratic People's Republic of Korea.

"At the moment, not much business can be done due to the sanctions," Ho said, but ASEAN sources said there are enterprises in Southeastern Asia that have exported goods to North Korea in defiance of U.N. Security Council resolutions.

"While we are making every effort to crack down on transactions against the resolutions, unfortunately we cannot say that no company in the ASEAN region is involved in business with North Korea," one of the sources said.

Citing a U.N. Panel of Exports report, the source also said that Singapore-based company T Specialist International and its partner firm OCN are alleged to have exported luxury goods to North Korea in the past few years.

Japan -- North Korea's neighbor that is seriously worried about its nuclear and missile blackmail -- has pursued the full implementation of international economic sanctions to force Pyongyang to discard its weapons of mass destruction programs.

"We should cooperate with ASEAN countries to address North Korea," a Japanese government official said.