Kensuke Nagai scored his first goals for Japan on Sunday in a 2-0 friendly victory over El Salvador as 18-year-old Takefusa Kubo made his highly anticipated national team debut.

Nagai, earning his first cap for Japan in four years, scored in the 19th and 41st minutes as the Samurai Blue, ranked 26th in the world, relentlessly attacked the 71st-ranked El Salvador. 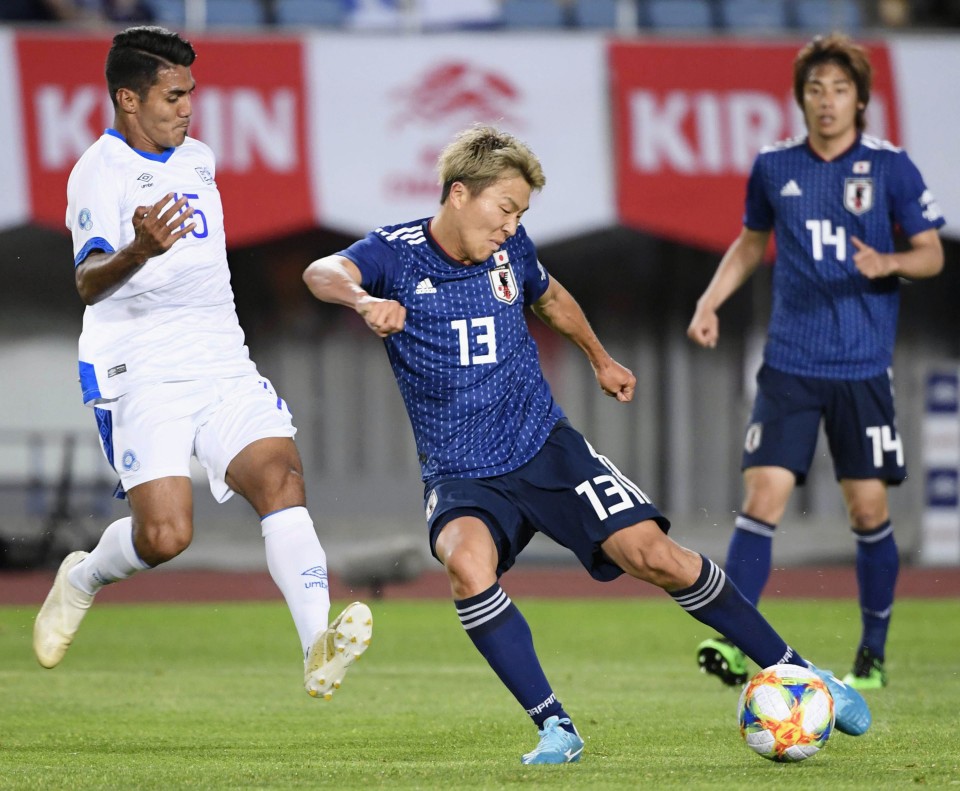 But while the 30-year-old forward provided the first-half fireworks, his FC Tokyo teammate Kubo stole the spotlight and brought the crowd at Hitomebore Stadium Miyagi to its feet when he entered the game in the 67th minute.

Although Kubo failed to score, he proved more than a handful for Salvadorean defenders, who failed mightily to keep him in check.

"Despite being handed this wonderful chance to play, I couldn't capitalize on my opportunities," said Kubo, who will travel with the rest of manager Hajime Moriyasu's team to Brazil on Tuesday ahead of the Copa America.

"I intend to score in South America," Kubo said. 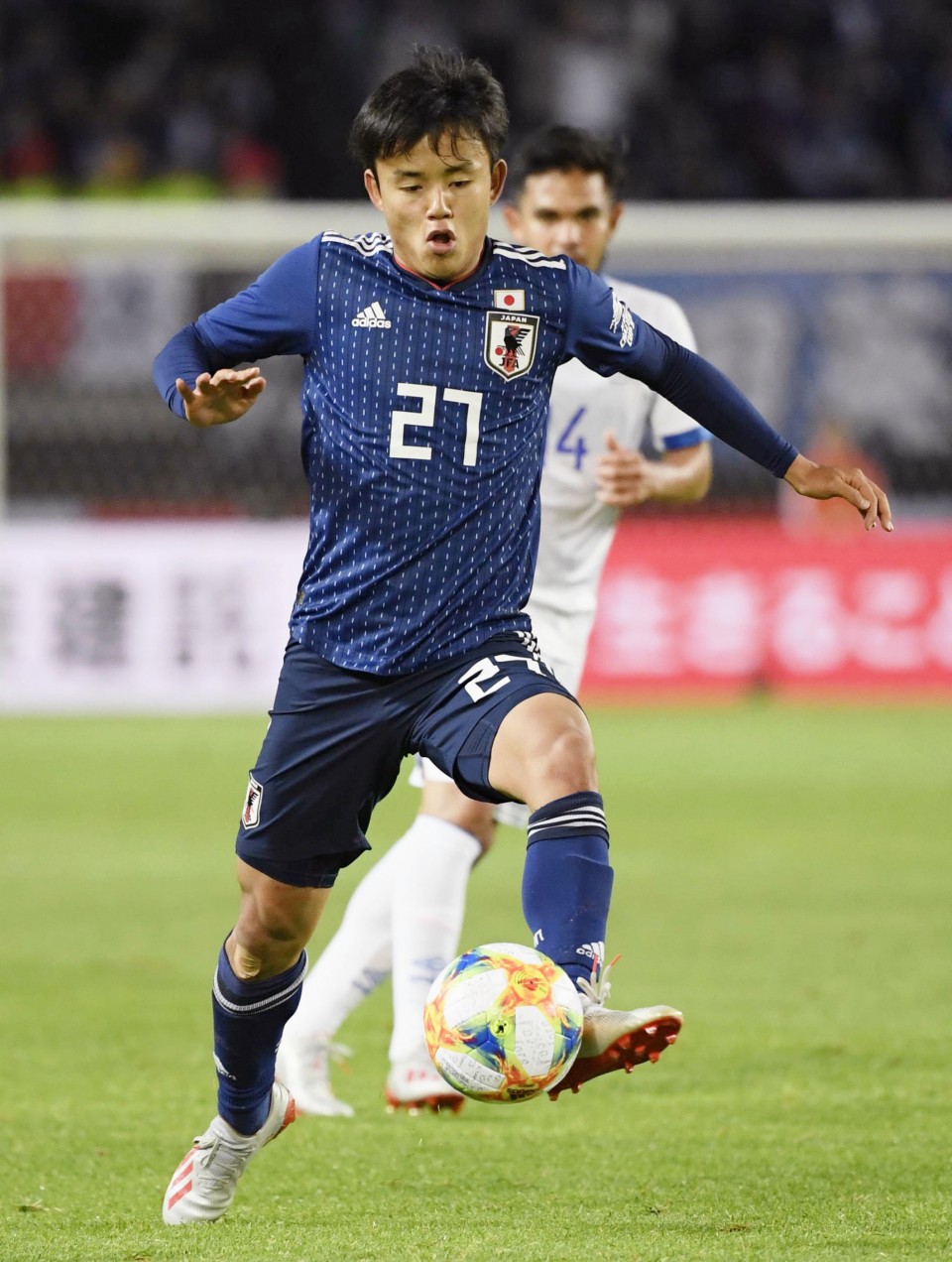 Unlike Kubo, Nagai scored seemingly with ease. In the 19th minute, he ran onto a long through pass from Sint-Truiden defender Takehiro Tomiyasu. Tightly marked by two defenders, Nagai reversed course suddenly, causing his opponents to slip on the greasy pitch. He found space in front of goal and fired home.

Ten minutes later, Nagai launched a rocket that forced a flying save from keeper Henry Hernandez, but Nagai added his second just before halftime.

Genki Haraguchi tipped the ball to Nagai with his boot as he slid on the wet grass, and Nagai fired in from close range off the near post before Hernandez could get to it. 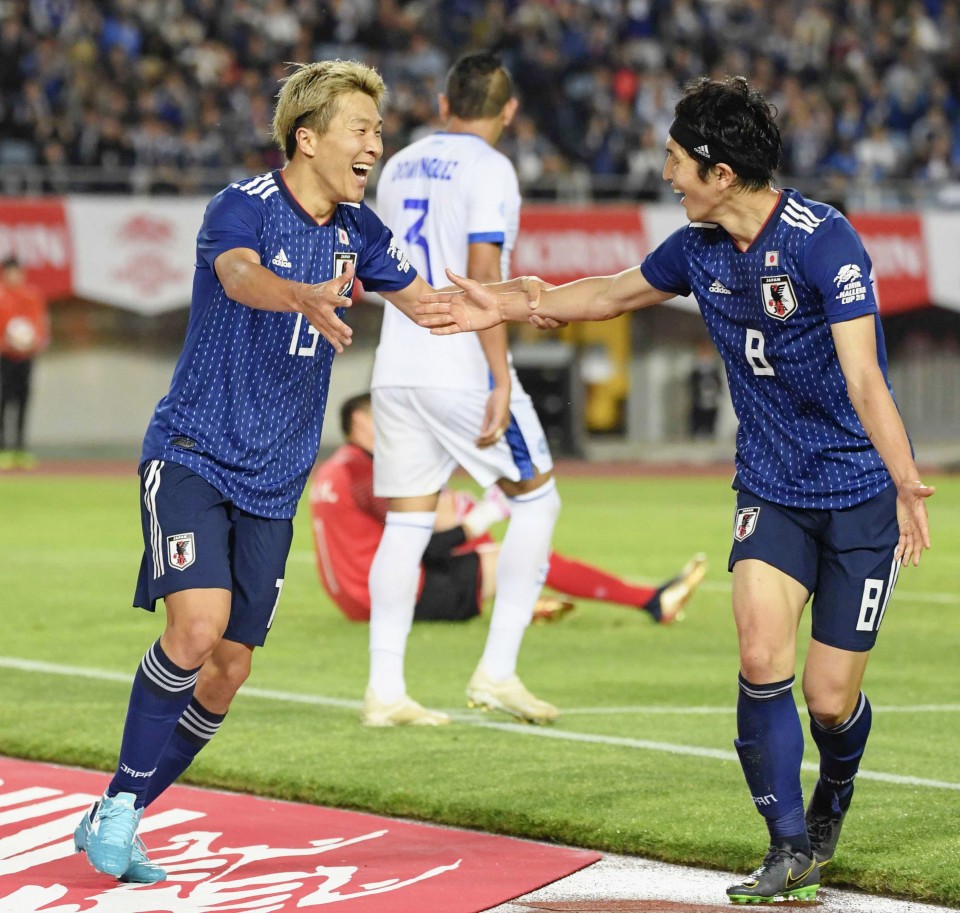 Playing with a three-man back line for the second straight game, the Japan attack looked more focused than in Wednesday's scoreless draw with Trinidad and Tobago.

"We were able to build our attacks from the back line better and had a lot of momentum moving forward," Moriyasu said.

With Kubo's entrance the energy level in the stadium revved up and the debutant did not disappoint. Effortlessly dribbling between two defenders he created space and fired a shot at goal that Hernandez did well to save. He also provided a couple of dangerous crosses.