Leaders from the Group of 20 major economies wrapped up the first day of their summit in Osaka, western Japan, on Friday with a kyogen traditional theater performance and local cuisine featuring wagyu beef and deep fried anglerfish.

Arriving with their spouses at the Osaka Geihinkan guest house, the leaders were greeted one by one by Japanese Prime Minister Shinzo Abe and his wife Akie, who was clad in a chic black kimono with a white obi belt. 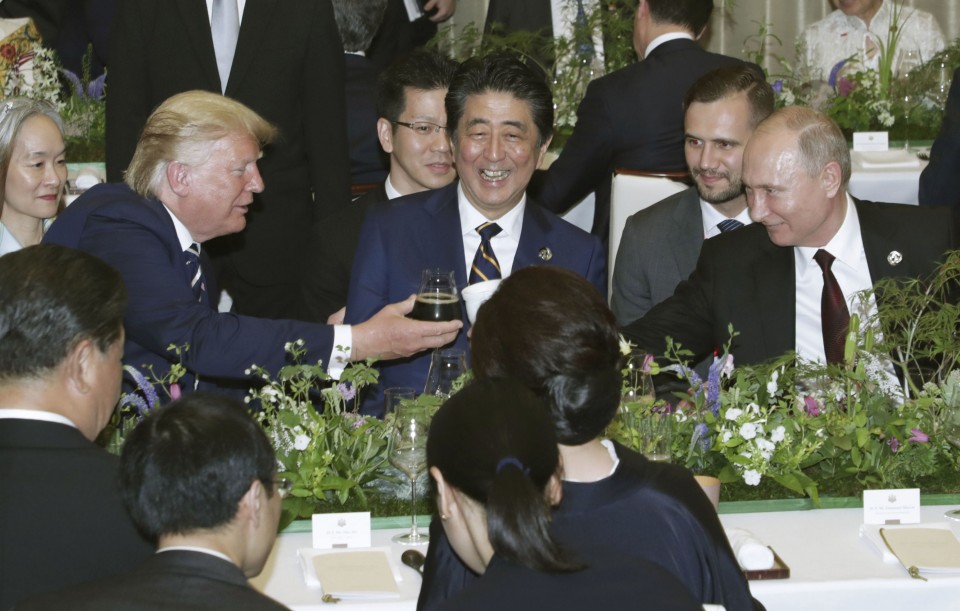 Amid the sound of beating taiko drums, the group lined up for a photo with Osaka Castle in the background and were then ushered into an open-air theater to watch a performance by famed kyogen actor Nomura Mansai, who will supervise the opening and closing ceremonies for the Tokyo 2020 Olympic and Paralympic Games.

Pianist Nobuyuki Tsujii, who was born blind, then took the stage to play "Hana wa saku" (Flowers will bloom), a song written to raise funds for recovery from the 2011 earthquake and tsunami in northeastern Japan. 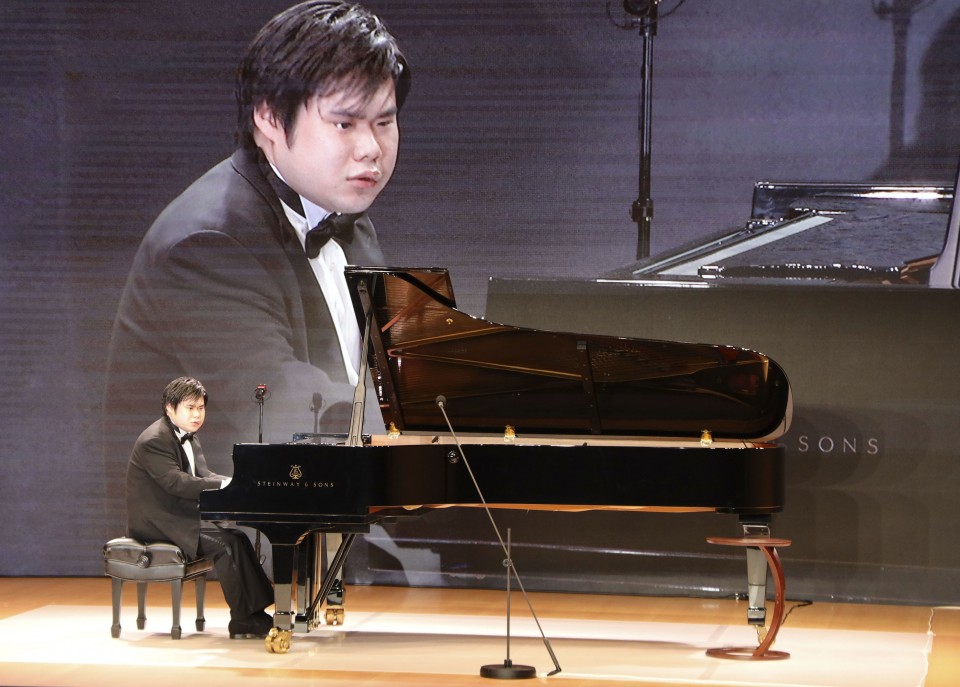 (Pianist Nobuyuki Tsujii, who is blind, performs before world leaders attending a Group of 20 summit.)

He was joined by opera singer Michie Nakamaru for several more songs before the group then moved indoors for dinner.

Seated nearly elbow to elbow across rows of long tables, the group listened to a brief speech by Abe in which he said the leaders had "worked enough today and should now enjoy the meal."

"Kanpai!" (Cheers!) they all said as they turned their attention to dinner, along with a large selection of local wines and sake. Dessert was peach and wafer treats, followed by green tea. 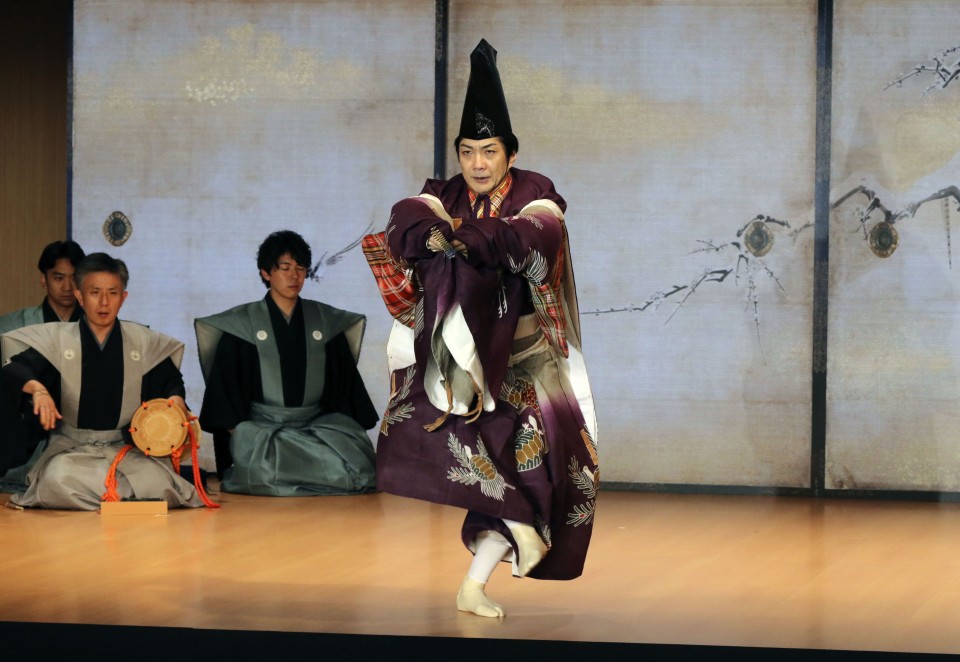