Retallick will join the Steelers after this year's Rugby World Cup in Japan, where New Zealand will aim for their third straight title. The 28-year-old, who was a member of the All Blacks squad at the 2015 World Cup, has also played for the Chiefs in Super Rugby since 2012. 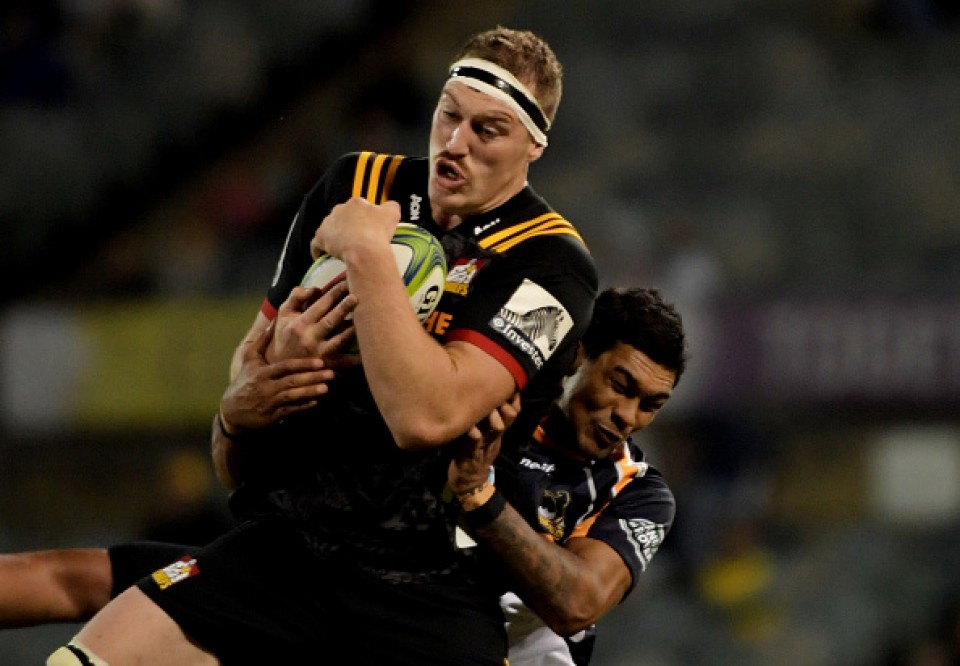 (Brodie Retallick of the Chiefs in action during the Brumbies and Chiefs Super Rugby Round 2 match at GIO Stadium on Feb. 23, 2019 in Canberra, Australia.)[Getty/Kyodo]

According to the Chiefs' website, Retallick will play two seasons in Japan before resuming his career in New Zealand, where he is expected to play until the end of the 2023 season.

"It has been a big decision to make, but I'm grateful to be able to have the opportunity to head over to Japan and experience not just the rugby but for my family and I to be immersed in another culture," Retallick said according to the Chiefs.

Kobe claimed their second Top League title last season with the help of former All Black flyhalf Dan Carter, who was named the 2018-2019 MVP and Top Kicker in his first season in Japan.

The next Top League season will not kick off until January 2020, following a break after the World Cup closes in November.