From moving companies to taxi and train operators, Japanese firms have been recruiting more female drivers amid a serious labor shortage that is hitting the service sector particularly hard.

But taking steps to support women drivers has become a critical challenge for companies, as many working mothers point to difficulties in balancing job and family.

Major mover Sakai Moving Service Co. is one of a host of companies attempting to get more women behind the wheel, aiming to increase the number of its female drivers to 200 from the current level of around 30 by the end of March next year.

Asuka Maemura, 25, who has worked as a moving assistant at the Osaka-based firm since 2016, began working as a driver from June after passing an in-house exam that also promoted her to the position of group leader.

"I couldn't carry heavy packages when I began working and would cry in frustration," said Maemura, who is now able to haul three cardboard boxes at once. 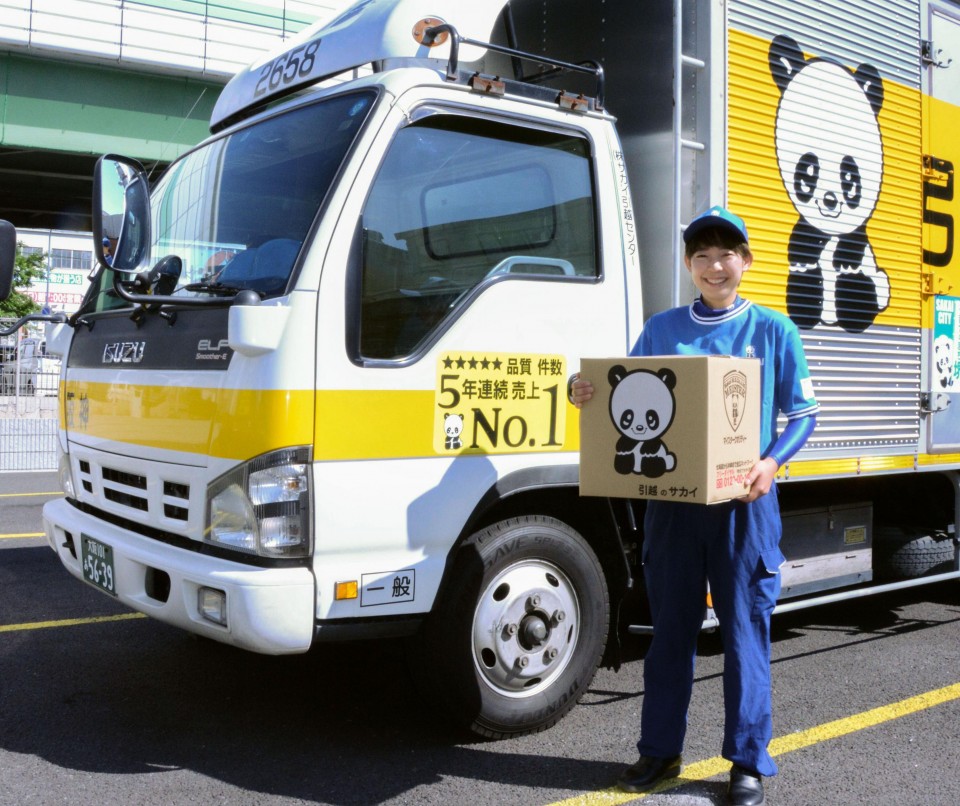 "I'm glad that my male colleagues don't treat me any differently just because I'm a woman," she said.

"There was originally a backlash from many male drivers who were skeptical about whether women were up to the job," director Yuka Sugisaki said.

"But once we began the service, the female drivers' attention to detail, such as carrying passengers' luggage to the front door (of their house), was well-received," the 45-year-old director said. "The male drivers were inspired, and the atmosphere in the workplace has improved."

JR West train driver Seiko Kawabata, a 37-year-old mother of three, reduces her working month by up to eight days maximum to balance work and family.

"While I'm driving a train, I cannot pick up my children if they suddenly develop a fever," Kawabata said. "I wouldn't have been able to continue working if the children's grandparents hadn't lived close by and supported child-rearing."

Her comments suggested more needs to be done to promote women in the workplace. Initiatives such as JR West's nursery may be part of the solution.