The North Korean military likely lectured its officers late last year that leader Kim Jong Un had said he would not give up the country's nuclear weapons as his intention is to solidify the country's position as a nuclear power, a source familiar with North Korea affairs said Monday.

The source disclosed to Kyodo News the contents of a document intended for senior officers in the Korean People's Army that the source had obtained from a person inside North Korea.

Kyodo News cannot independently confirm the authenticity of the document. If the document is authentic, however, that would lend credence to growing skepticism about Kim's commitment to his country's denuclearization.

The internal document, according to the source, was created by Workers' Party of Korea Publishing House in November, ahead of a second U.S.-North Korea summit in Hanoi, Vietnam, in late February that ended abruptly without an agreement.

In remarks to main commanders and others in the military, Kim purportedly said that in the "final nuclear negotiation" with the United States, North Korea aims to achieve an outcome that will further consolidate its nuclear power and elevate its status as a "global nuclear strategic state." 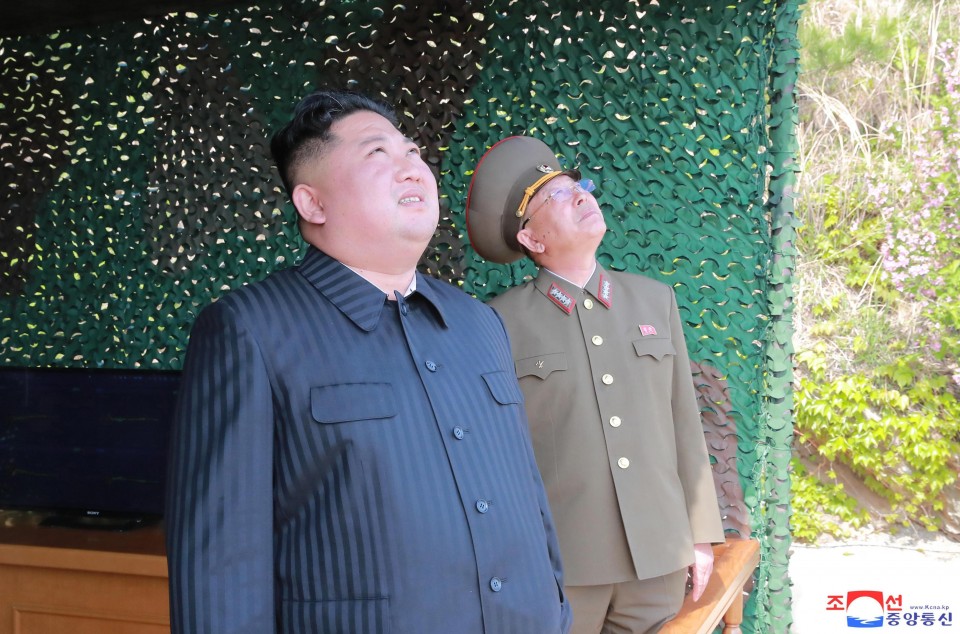 The document also calls North Korea's nuclear force an "all-round security sword" and says Kim will make the United States "apologize to and compensate" the country for "decades of bullying our people," according to the source.

The document called for special lectures on those remarks to be conducted by the second week of December.

But the document, which was first reported by the U.S. government-funded Voice of America on Monday, contains some expressions that not very common in North Korea.

A spokesperson for South Korea's Unification Ministry said the same day that it needs to look into the document's authenticity.

While the administration of U.S President Donald Trump says Kim has repeatedly committed to denuclearization, skepticism abounds within U.S. intelligence agencies and military about the North Korean leader's sincerity.

Adm. Philip Davidson, head of the U.S. Indo-Pacific Command, said in mid-February that North Korea was unlikely to give up all its nuclear weapons.

"We think it is unlikely that North Korea will give up all of its nuclear weapons or production capabilities, but seeks to negotiate partial denuclearization in exchange for U.S. and international concessions," he said in a written statement to the Senate Armed Services Committee.