Stations in Osaka to suspend use of trash cans, lockers for G-20 security

West Japan Railway Co. said Monday it will suspend the use of trash cans and coin lockers at all stations in Osaka Prefecture and other key stations in the vicinity during the upcoming Group of 20 nations summit for security reasons.

To prevent trash cans and lockers from being used for terror attacks, the company will close them for six days from June 24. The summit will be held on June 28 and 29 with U.S. President Donald Trump, Chinese President Xi Jinping and Russian President Vladimir Putin among leaders scheduled to attend. 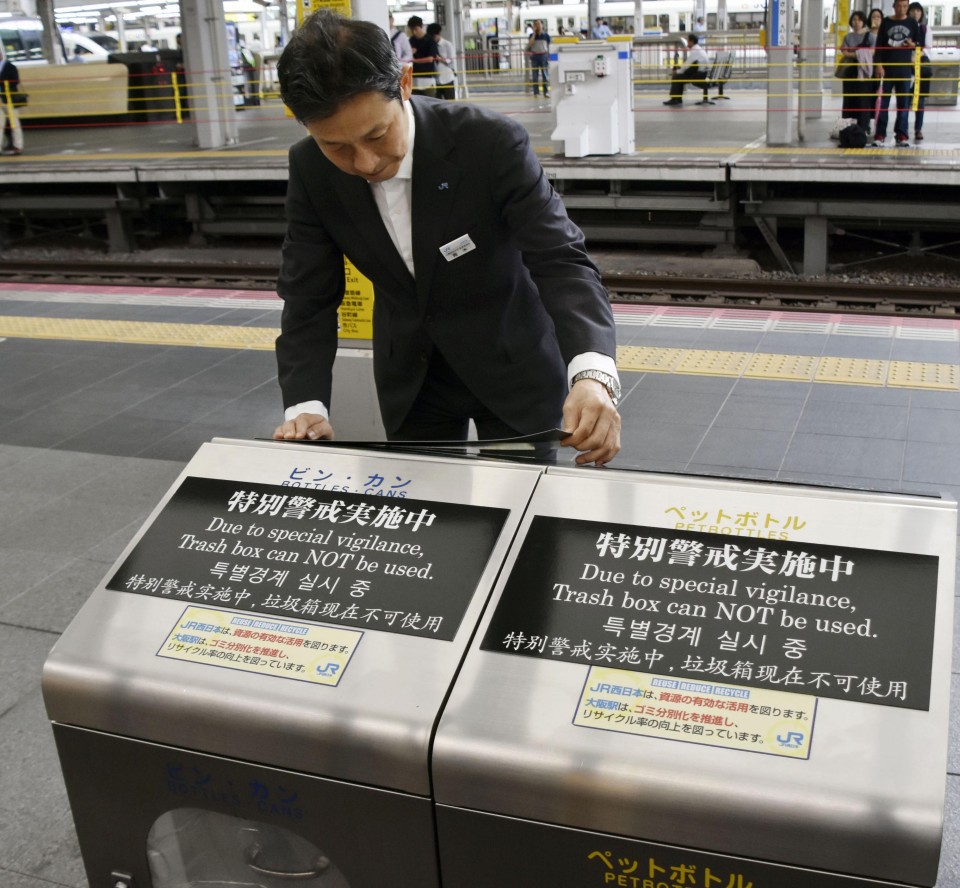 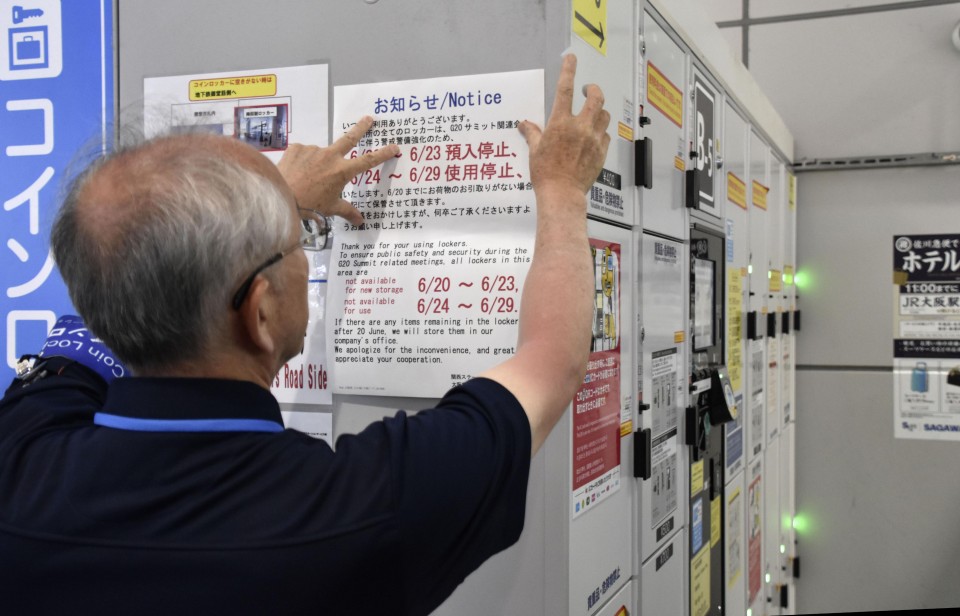 The company said it may keep them closed for additional days if the schedules of the meeting and its participants change.

Similar measures will be taken by other railway operators in the region as well as East Japan Railway Co. serving the Tokyo region, while police also plan to impose heavy traffic restrictions.