Football: Kashima advance to ACL q'finals on away goals against Hiroshima

Kashima Antlers went through to the quarterfinals of the Asian Champions League but not without a fight in a 3-2 second-leg, round-of-16 loss to J-League rivals Sanfrecce Hiroshima on Tuesday.

Antlers, the 2018 champions, entered the second leg with a 1-0 lead on Brazilian striker Serginho's goal in last week's first leg. That proved to be the difference as Antlers went through on away goals.

Shoma Doi scored both of Antlers goals in a game that started at a measured pace but finished in a fury. The halftime introduction of Sanfrecce's Brazilian striker Patric energized the hosts' attack and nearly bought Hiroshima its first spot in the ACL's final eight.

For 33 minutes, the game consisted of Sanfrecce taking pot shots from set plays at the Kashima goal -- one forcing a good save from keeper Kwoun Sun Tae -- only for Antlers to land the first blow from a counter led by veteran midfielder Leo Silva.

The Brazilian picked out Shintaro Nago on the left flank, and Nago launched a cross to the edge of the box. But before the ball could get to Serginho, joint top scorer in the 2018 ACL, it was headed away by a defender -- straight to Doi.

"I didn't score in the first leg, so I was really determined to make the most of my chances here tonight," Doi said. "At the end, they were really on a roll, and it's good for us that we didn't let up." 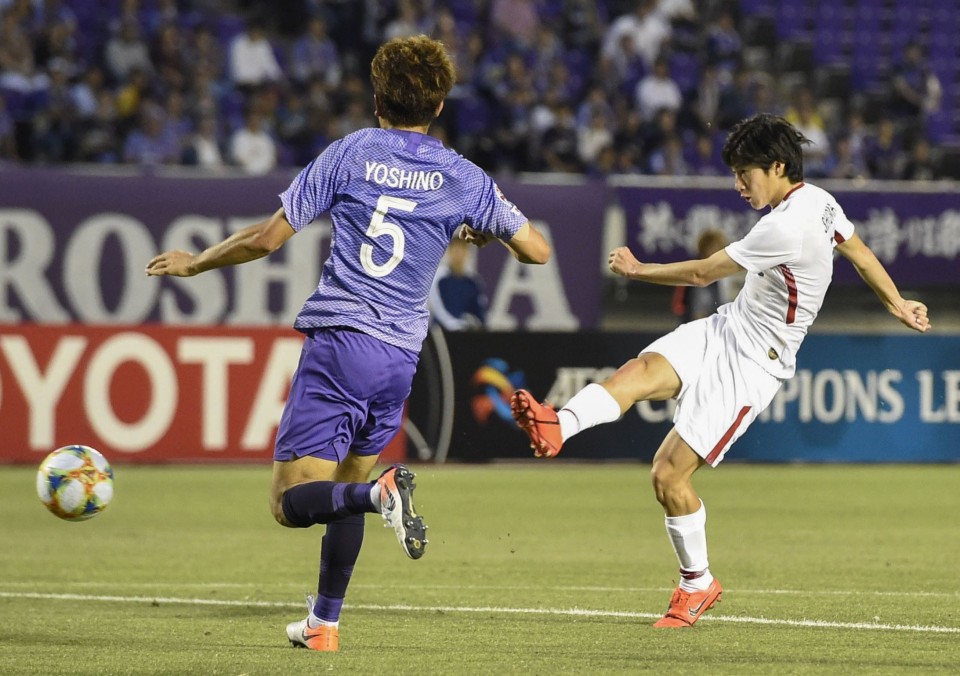 The Antlers forward chested it down and rocketed a low shot past two defenders who couldn't react quickly enough to deflect it.

Sanfrecce came close to equalizing in the 42nd minute when a mistake by keeper Kwoun forced Antlers defender Ryota Nagaki to clear the ball off the line.

Needing to win by two goals to advance, Sanfrecce manager Hiroshi Jofuku sent on Patric, his leading scorer from last year. Although his 20 goals were second in the J1 in 2018, the Brazilian has started just two J1 games this year with one goal.

With the situation looking increasingly dire, Patric made his mark in the 66th minute. Stationed at the left post, he met a cross from the right and his header deflected off Tomoya Inukai for an own goal.

The Brazilian came close to scoring twice in the following minutes, the second time forcing Kwoun to punch the ball to Sanfrecce defender Sho Sasaki, who buried the rebound to make it 2-1.

Just as the energy in the stadium began to match the ferocity of Sanfrecce's attack, Doi broke into the Hiroshima half. Keeper Hirotsugu Nakabayashi prevented a goal by tripping the Antlers striker but was handed a straight red. 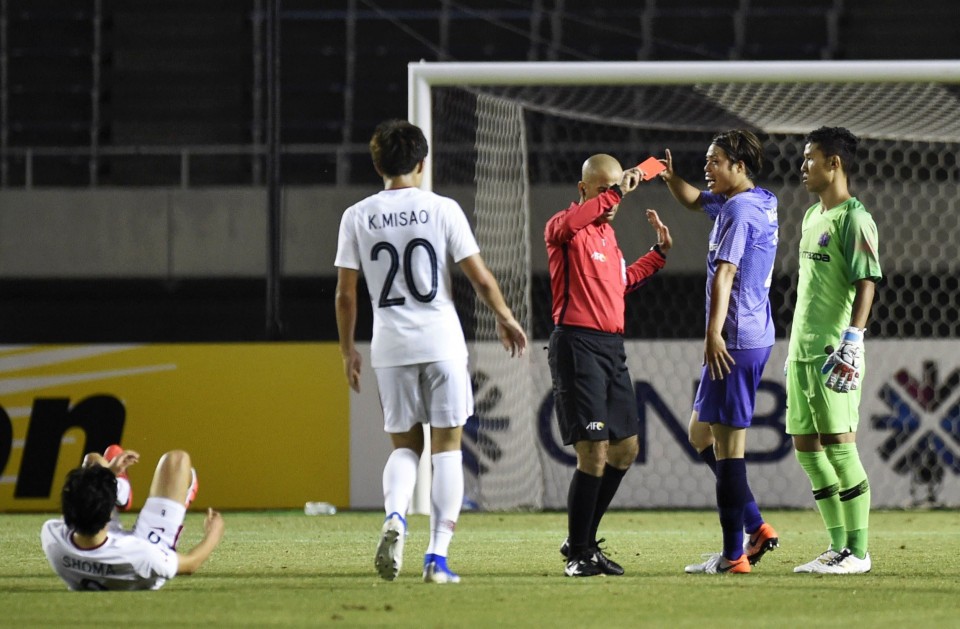 Two minutes after he was denied a penalty kick after a collision near the box, Patric appeared to put Sanfrecce in the driver's seat in the 82nd minute by tapping in a cross from Yoshifumi Kashiwa. But that goal, too, was ignored as Kashiwa was booked for simulation on the play.

"I contributed to our momentum," Patric said. "I thought I deserved a penalty kick, but all I can do is prepare my best to contribute to the team in the J-League.

In the 89th minute, Doi finally got his second. With substitute Sanfrecce keeper Takuto Hayashi up front trying to head in a corner, Doi broke free and scored from 40 meters out.

The goal looked like an afterthought with the clock running out and Sanfrecce down to 10 men, but with seconds left in added time, Patric scored from the spot after he was pulled down in the penalty area.