The International Olympic Committee has commissioned Studio Ponoc, a Japanese animation studio formed by former members of Studio Ghibli and others, to produce the world's first Olympic-inspired animated short ahead of the 2020 Tokyo Games.

The short is slated to premiere at the Tokyo Games before being screened at future host cities of the Olympics and other locations, Studio Ponoc said Monday at an animation film festival in eastern France. 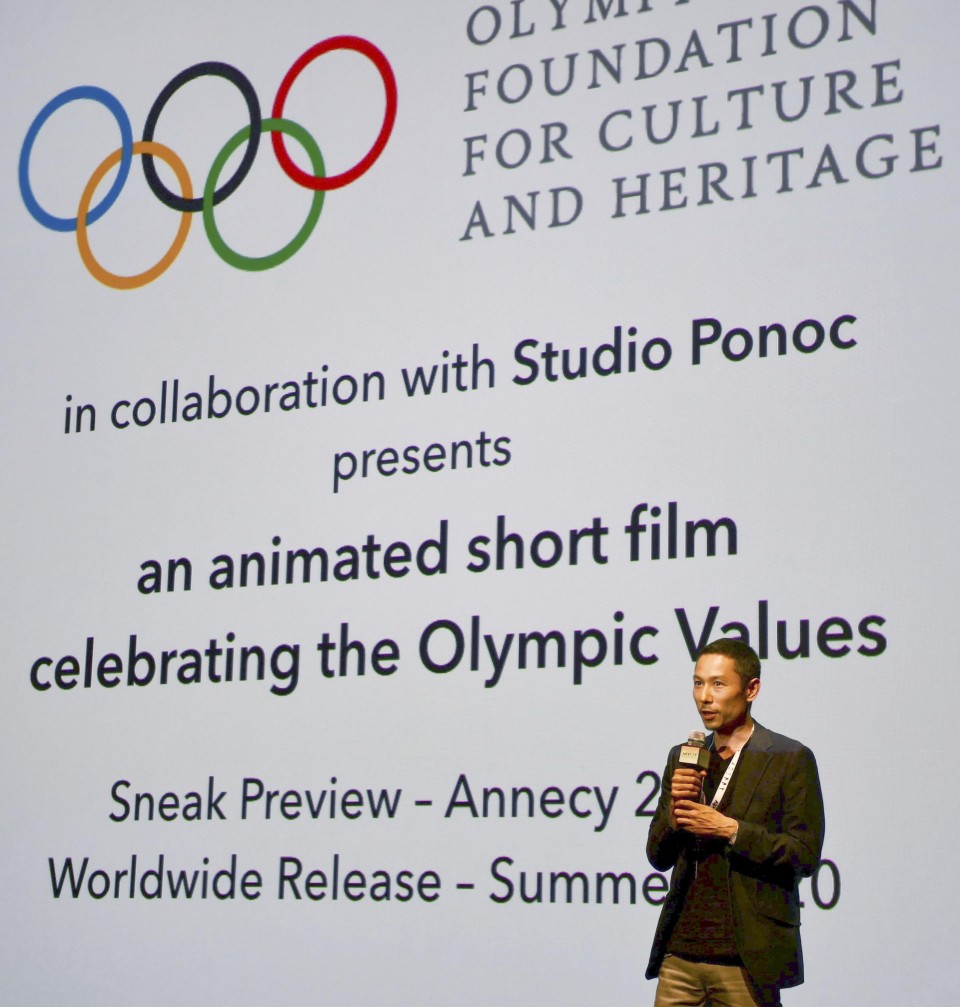 "I want to make a film that will get kids excited about the Olympics," Studio Ponoc founder, CEO and producer Yoshiaki Nishimura said at a press conference. "The type of world we want to see at the end of all this competition, even beyond the Olympics, will be a major theme."

The animated film will center around the Olympic spirit of "excellence, respect and friendship", the studio said, and is scheduled to be completed in the spring of 2020. The finished product will belong to the IOC and become part of the collection at The Olympic Museum in Lausanne, Switzerland.

Francis Gabet, director of the Olympic Foundation for Culture and Heritage, said the strong association people have with Japan toward animation gave the IOC the idea for the project. The IOC commissioned Studio Ponoc with high expectations that the studio will produce a film that will communicate Olympic values to children around the world.

Three of the studio's animated shorts released last year -- "Kanini & Kanino", "Life Ain't Gonna Lose" and "Invisible" -- were screened at this year's Annecy International Animation Film Festival in an anthology feature called "Modest Heroes" on Monday, with Nishimura and other staff in attendance.

Why Studio Ghibli fans are flocking to this rural Australian bakery