"Whatever the Japanese prime minister is able to do, we, of course, are supportive of anyone," department spokeswoman Morgan Ortagus said at a press briefing, hours after Abe met with Iranian President Hassan Rouhani in Tehran. 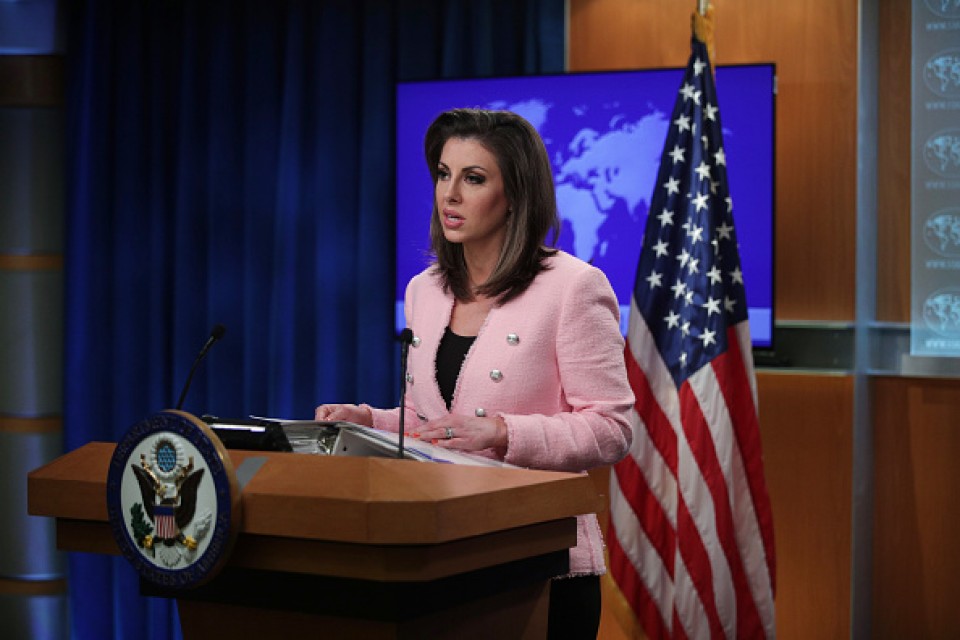 The United States expects Japan and other allies to convey to the Iranian leadership a message that further escalation of tensions and military confrontations will not be tolerated, Ortagus said.

Abe and U.S. President Donald Trump are in "full agreement and full alignment" over Iran policy, she said.

"I've seen firsthand that our allies are in agreement with us that Iran's destabilizing and malign activities must stop," Ortagus said.

In the meeting with Rouhani, Abe urged Iran to avoid a further escalation of tensions and an unintended military conflict in the Middle East as he sought to nudge Tehran toward dialogue as a mediator with the United States.

During his two-day visit to the Iranian capital, Abe will hold a meeting Thursday with Iran's supreme leader Ayatollah Ali Khamenei.