When Japan hosts the Group of 20 summit this week for the first time, Prime Minister Shinzo Abe will put his coordination skills to the test as a prolonged U.S.-China trade war threatens to darken the outlook for the global economy.

A top priority for Abe is to keep the G-20 together after recent meetings between leading economies have exposed divisions over contentious issues, while emphasizing to other leaders the need to maintain the rules-based multilateral trading system that has been shaken.

"We want to make it a meeting that focuses on where we can agree and cooperate rather than highlighting differences," Abe said during a recent internet TV program before the two-day summit from Friday in Osaka, western Japan.

"The global situation is severe. If the G-20 breaks apart, say in the field of the economy or security, it will be over," Abe said. 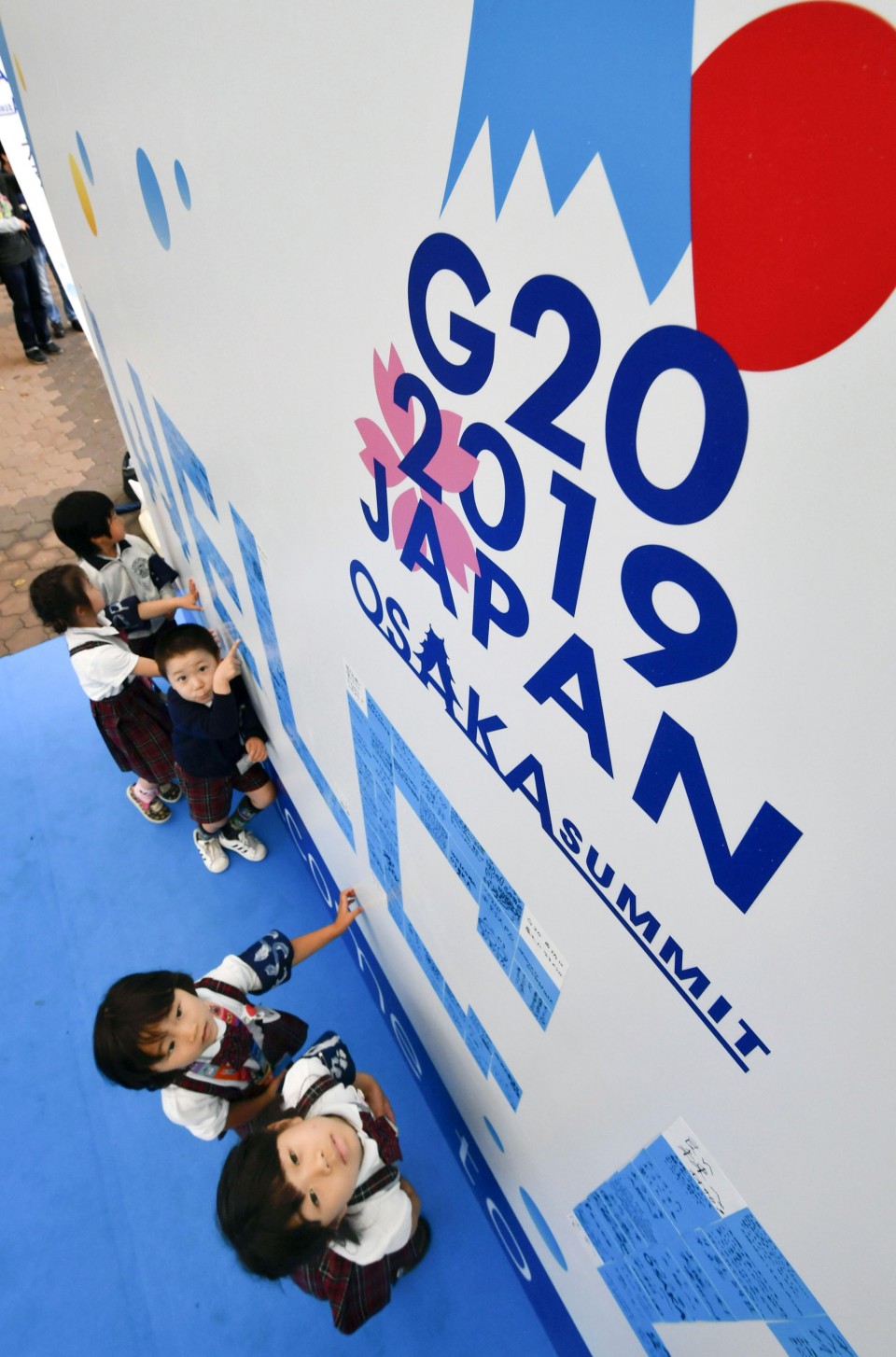 Trade tensions have been escalating since then, with the United States and China, the world's largest and second-largest economies, engaged in tit-for-tat tariff hikes.

The G-20 leaders are expected to assess downside risks to the global economy as major central banks have hinted at further stimulus if needed, while reaffirming their determination to use all policy tools to make growth sustainable and inclusive.

Abe said at a press conference on Wednesday he will strive to ensure the leaders agree on the importance of energy security amid heightened tensions in the Middle East as peace and stability in the region is "essential" for the world's prosperity.

"I want to issue a strong message by tenaciously seeking common points rather than differences in opinion and reaching to a specific solution," he said.

One wild card will be a meeting between Trump and Chinese President Xi Jinping expected Saturday on the G-20 fringes, with eyes on whether they can pave the way for a deal that will end the trade war, analysts say.

Besides the tariff battle, Xi, who last week visited Pyongyang for the first time since becoming president in 2013, will likely remind Trump of China's influence over North Korea.

On the multilateral front, the G-20 leaders will address a host of other global challenges, from promoting data governance to addressing the issue of taxation in the era of e-commerce.

Protecting the environment through the creation of an international framework to reduce marine plastic waste and coping with aging societies are also on the agenda.

As Japan attaches great importance to ensuring proper use and protection of digital data, the "Osaka track," a forum for making rules in the era of the digital economy, is set to be launched at the summit, according to Japanese government officials.

"There is no denying that U.S.-China trade friction is an urgent issue," said Junichi Sugawara, a senior research officer at the Mizuho Research Institute.

"But it's also important for the G-20 leaders to seek common ground over those that need their longer-term commitment, including reform of the World Trade Organization and rules for the digital economy," Sugawara said.

A joint statement wrapping up two days of talks in Osaka may be perceived as lukewarm without the word "protectionism" but the G-20 leaders committing themselves to updating the WTO, a symbol of the multilateral trade system, would be critical, according to Sugawara.

Many G-20 members are seen sharing the need for reform of the WTO launched in 1995 but are still apart over what should be done.

Since taking office, Trump has shaken the G-20 framework and shied away from multilateral arrangements, most notably in trade as the United States withdrew from the Trans-Pacific Partnership free trade pact.

Masatsugu Asakawa, vice finance minister for international affairs, said Japan does not oppose the merits of bilateral trade negotiations if they ultimately lead to the enhancement of the free trade system.

"That said, Japan should raise its voice should the multilateral trade system be taken lightly as a result," Asakawa said. 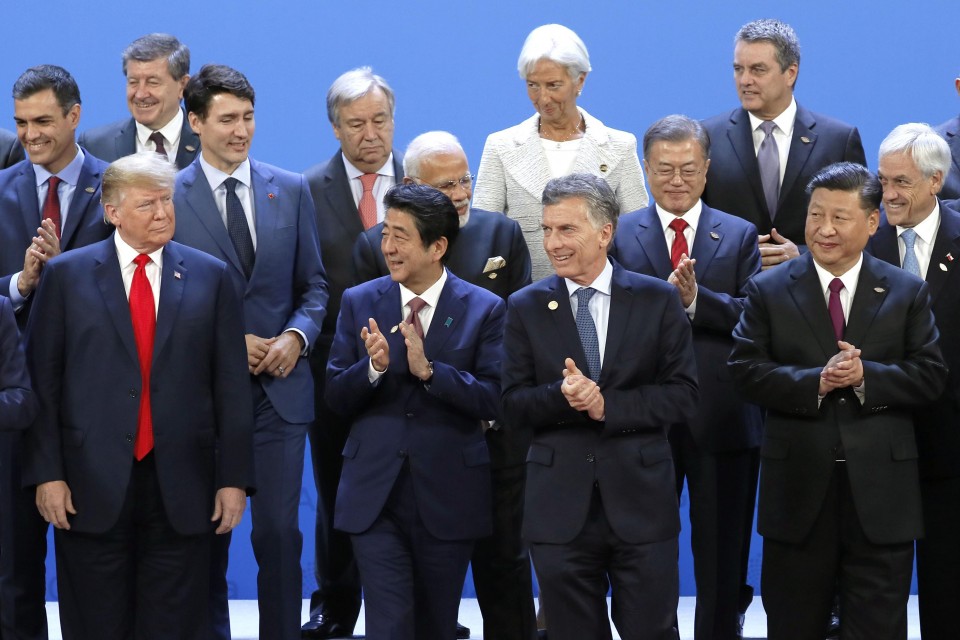 Abe is scheduled to meet with Trump on Friday before the G-20 starts, about a month after the U.S. leader on a state visit to Tokyo suggested some announcements will be made over trade in August, in a short-term relief to the prime minister ahead of an upper house election.

The summit will be the first face-to-face meeting since Abe traveled to Iran in mid-June, hoping to serve as a mediator between Washington and Tehran amid the standoff over a 2015 nuclear agreement.

Tensions in the Middle East remain high as Trump came close to launching a military strike against Iran, which downed an unmanned U.S. drone last week.

On the G-20 sidelines, Abe is expected to meet with Xi and Russian President Vladimir Putin but probably not with South Korean President Moon Jae In due to a recent disagreement over compensation for labor during Japan's colonization of the Korean Peninsula between 1910 and 1945.

Xi's visit will be the first since he became president, and the meeting with Abe on Thursday will give the two countries' leaders an opportunity to maintain the momentum for further improving bilateral ties that were frayed over issues linked to territory and wartime history.

Abe may sit down with Putin on Saturday for a summit despite waning hopes for a breakthrough in negotiations to sign a postwar peace treaty with Russia.

Abe had initially hoped to reach a broad agreement in Osaka but a spate of bilateral talks only exposed differences as the two countries remain locked in a long-standing territorial dispute over Russia-controlled islands off Hokkaido.

Osaka is expected to see a flurry of diplomatic activity among the G-20 leaders, possibly a summit between Trump and Putin as well.