The organizing committee of the 2020 Games said Saturday the Tokyo Olympics' torch relay will pass through major Japanese landmarks, including World Heritage sites and areas devastated by recent natural disasters.

According to the route revealed by organizers, the torch will travel to 857 municipalities in all of Japan's 47 prefectures, shining a light on the symbols of reconstruction from the earthquake and tsunami of March 11, 2011, and the subsequent nuclear disaster.

About 10,000 torch bearers will participate over the 121-day relay, with the organizers revealing the specific routes later this year. The earliest application window will open on June 17. 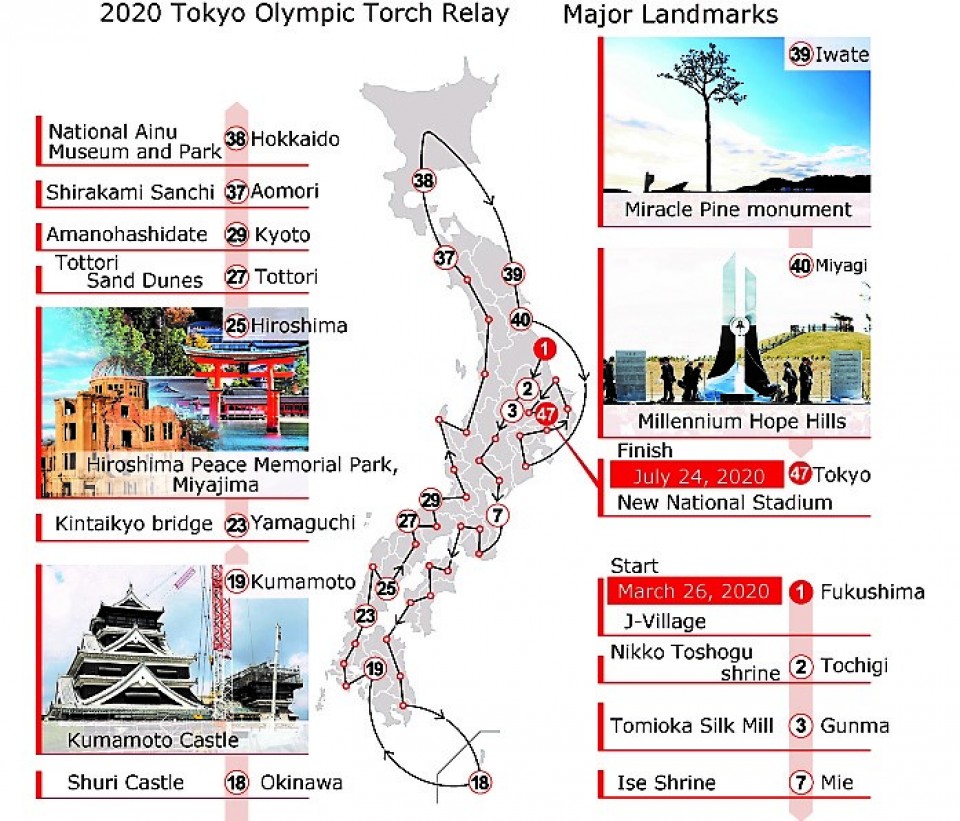 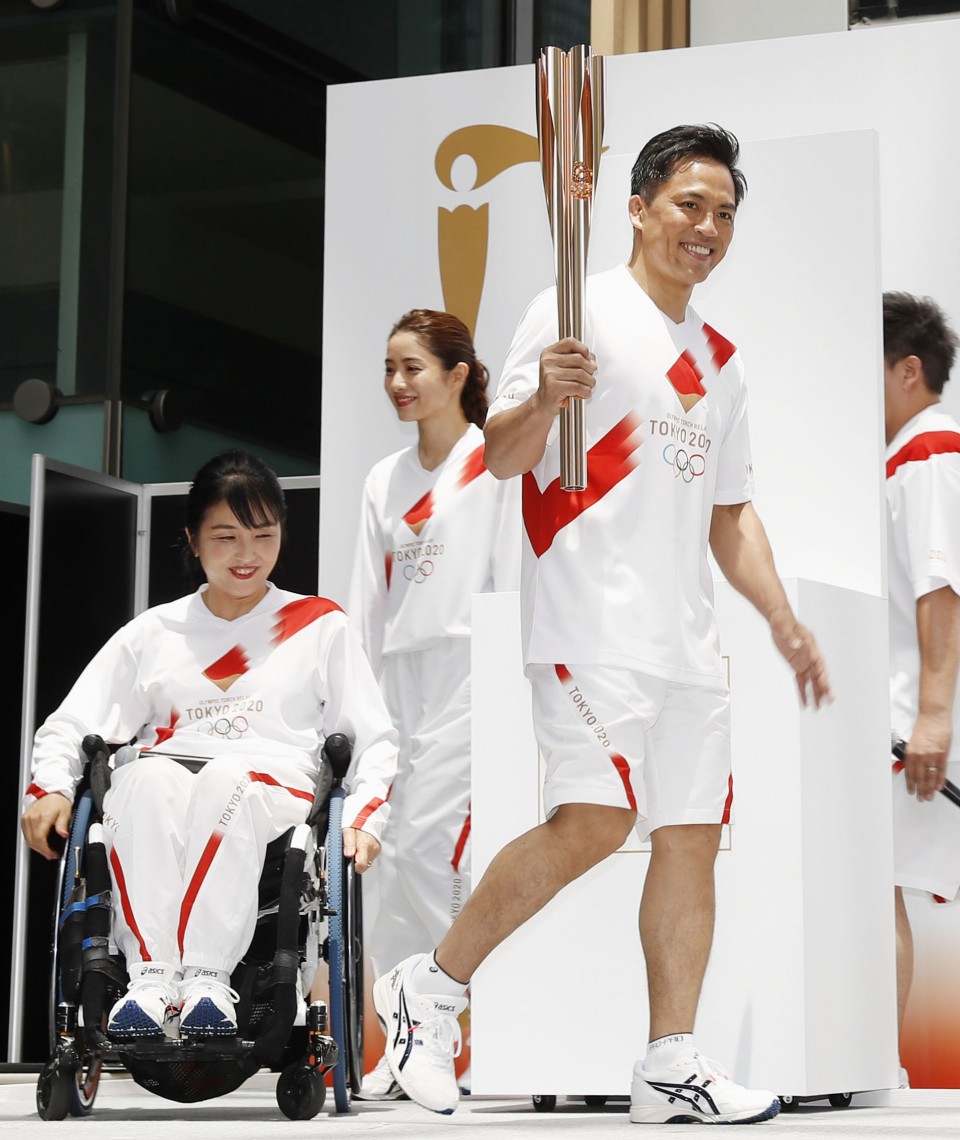 (Tadahiro Nomura (R), three-time Olympic judo champion and goodwill ambassador for the Summer Games, holds a torch being used for the 2020 Tokyo Olympic torch relay at an event held in Tokyo)

Organizers said they had selected a route that goes through "places in each region with great attraction" in a bid to introduce them to people in Japan and abroad, while adding that 98 percent of the Japanese population will be able to visit a municipality that will hold the relay within an hour.

"I hope this will stimulate the world's interest in Japan," Yoshiro Mori, president of the organizing committee, said at an event held in Tokyo.

Since the Tokyo Olympics have been dubbed the "reconstruction Olympics," the torch will pass through municipalities heavily hit by the disaster in northeastern Japan. It will commence on March 26, 2020, at Fukushima Prefecture's J-Village, a soccer training center that was an operational base for dealing with the nuclear crisis. 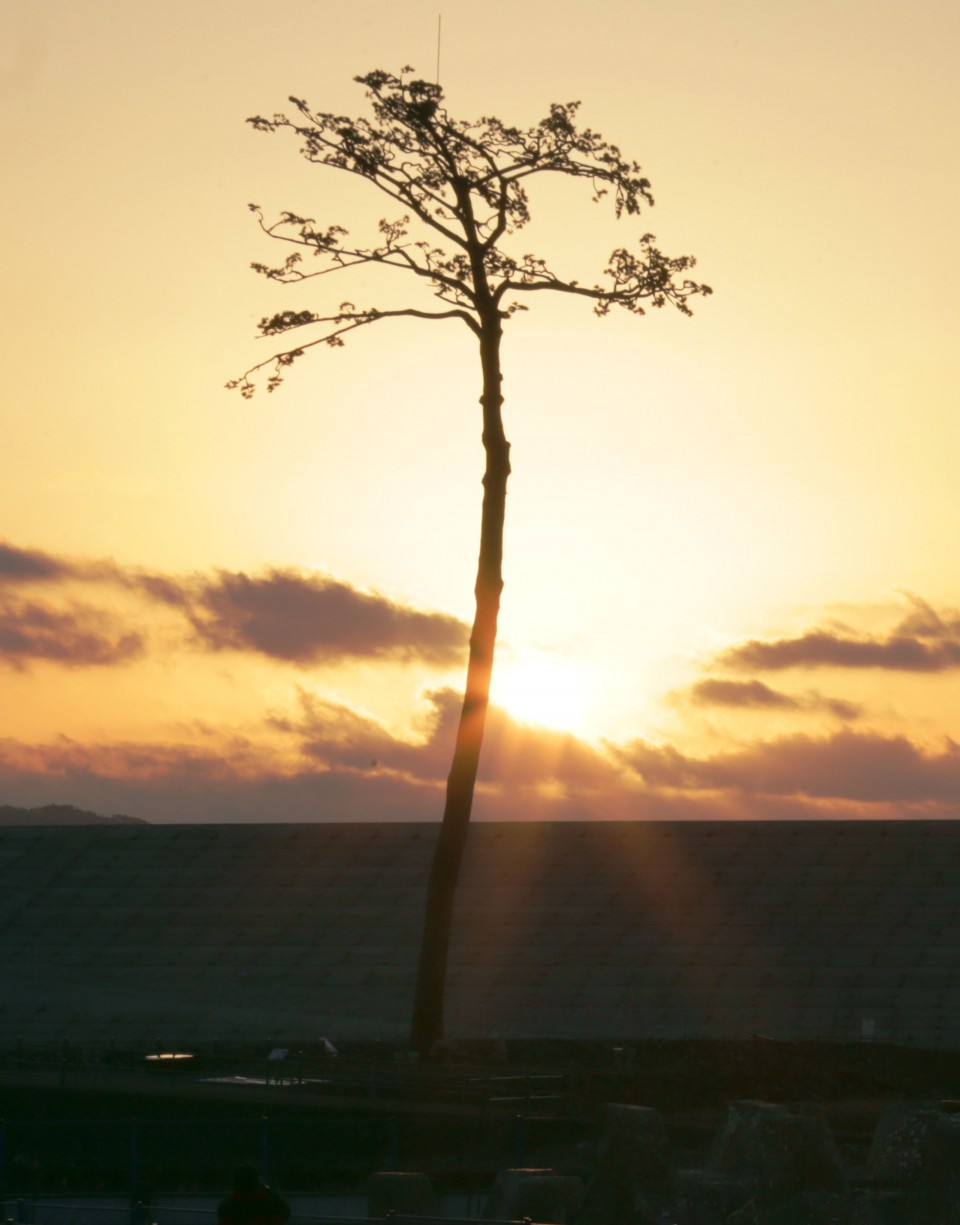 The "Miracle Pine" monument, in a park in Iwate Prefecture dedicated to a tree that remained standing when all the other 70,000 around it were washed away by tsunami, is among the various landmarks from the northeastern region. On the first day, the torch will also travel through Okuma, where one part of the crippled Fukushima Daiichi nuclear complex is located.

World Heritage sites designated by UNESCO, including Mt. Fuji, the nation's tallest mountain, and Hiroshima Prefecture's Miyajima Island, home to the Itsukushima Shrine and its floating gate, are among major landmarks along the route.

The torch will also visit the Hiroshima Peace Memorial Park, dedicated to Hiroshima's legacy as the world's first city to be subjected to a nuclear attack. Tomioka Silk Mill, a factory building in eastern Japan symbolizing the country's industrialization from the 19th century, is on the itinerary for the seventh day of the relay. 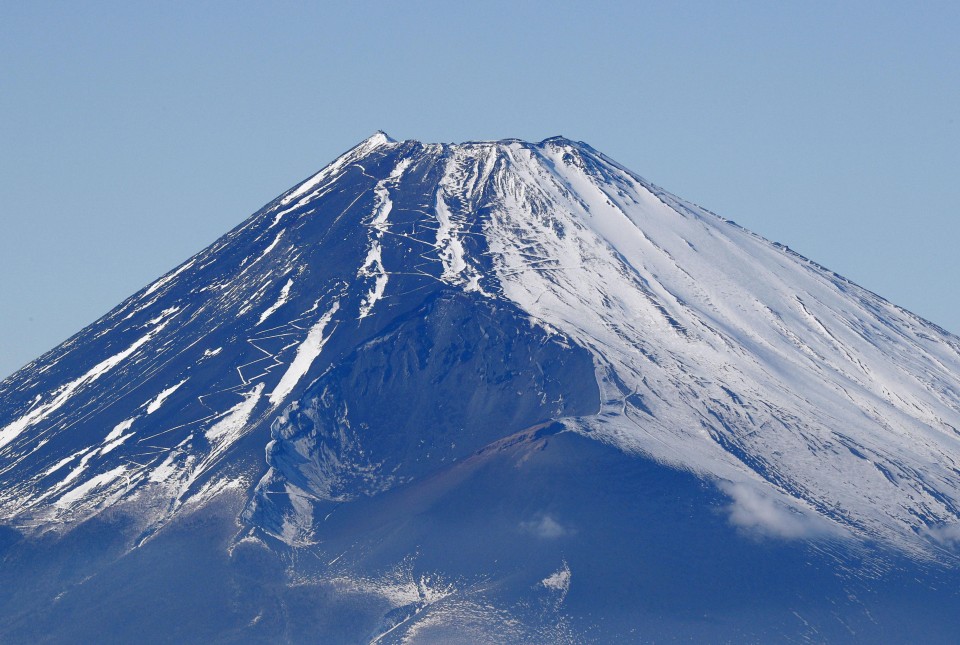 The route also features several sports venues, including the ski jumping hill in Hakuba from the 1998 Nagano Winter Games, as well as rugby grounds that will host matches during this year's Rugby World Cup.

In order to cover large part of the nation, the torch will be installed on cars when it travels to some of the municipalities. The organizers will also install a method of "teleportation," in which a torch is lit after the flame is put out at a distant location.

The flame will make its entrance at Tokyo's New National Stadium on July 24 during the opening ceremony.

Four Olympic sponsors will hold individual application windows for those wishing to become torch bearers, as will the organizers in each prefecture. Coca-Cola Japan Co. will open its application process on June 17. 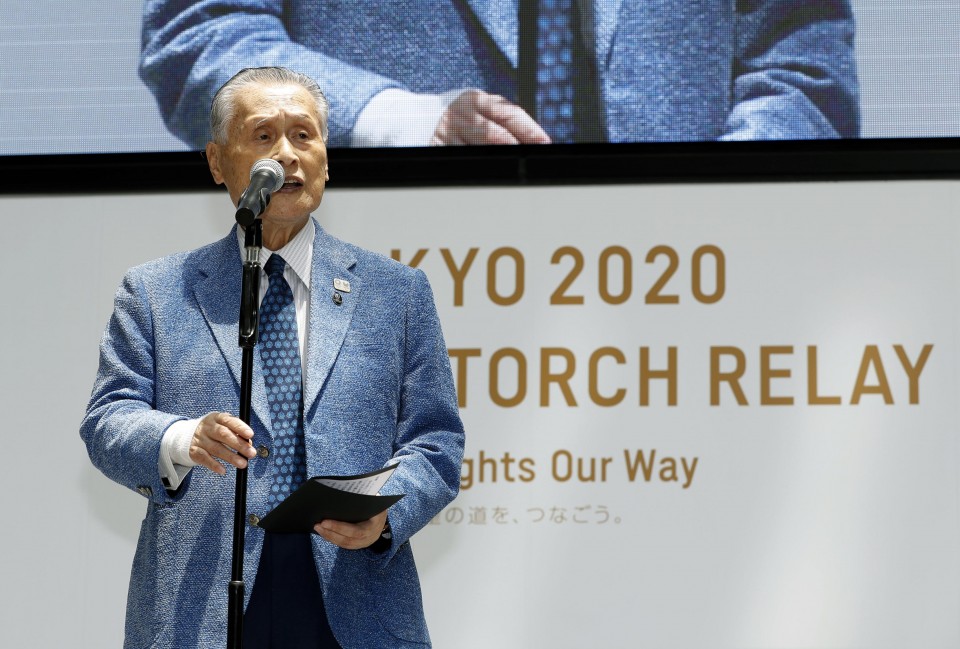 According to the organizers, people of all genders and nationalities are eligible to become torch bearers, as long as they were born before April 1, 2008, and have a connection with a prefecture they wish to participate in.

Those who do not reach the age of 18 by March 1, 2020, need permission from a guardian to participate.

The organizers also unveiled the torch bearers' uniforms, which are made using recycled plastic bottles in a bid to promote sustainability.

The flame lighting ceremony will take place on March 12, 2020, in Olympia, western Greece. Following an eight-day relay in Greece, the flame will be transported to Japan, where it will be displayed in Fukushima, Iwate and Miyagi prefectures, the three hit hardest by the 2011 catastrophe.

The Olympics will be held in Tokyo for the second time, following the 1964 Games. Next summer's extravaganza will feature 33 sports and 339 events between July 24 and Aug. 9, followed by the Paralympics from Aug. 25 to Sept. 6.

The following is a summary of the major landmarks along the 2020 Tokyo Olympic torch relay route, announced Saturday by the organizing committee.

The torch relay will start on March 26, 2020, at this soccer training center, which was an operational base for dealing with a nuclear crisis following a massive earthquake and tsunami disaster in March 2011. The facility in Naraha accommodated thousands of workers engaged in the cleanup at the crippled Fukushima Daiichi nuclear plant, located some 20 kilometers away. 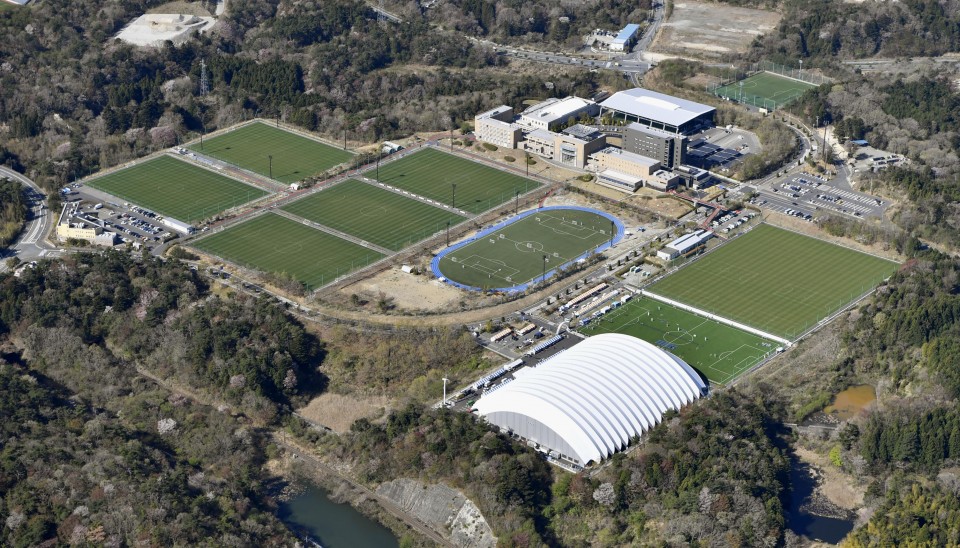 The factory building, symbolizing Japan's industrialization from the 19th century, was added to the UNESCO World Heritage list in 2014. The torch will travel to Tomioka on April 1, the seventh day of the relay.

The historic castle suffered heavy damage due to a pair of powerful earthquakes in 2016. The castle has been under repair since the quakes brought down more than 30 buildings around the site, including some turrets built in the 17th century, as well as the main and sub towers rebuilt in 1960.

A memorial park in Hiroshima dedicated to the victims of the 1945 U.S. atomic bombing of the city. The torch is expected to arrive in the city on May 18. 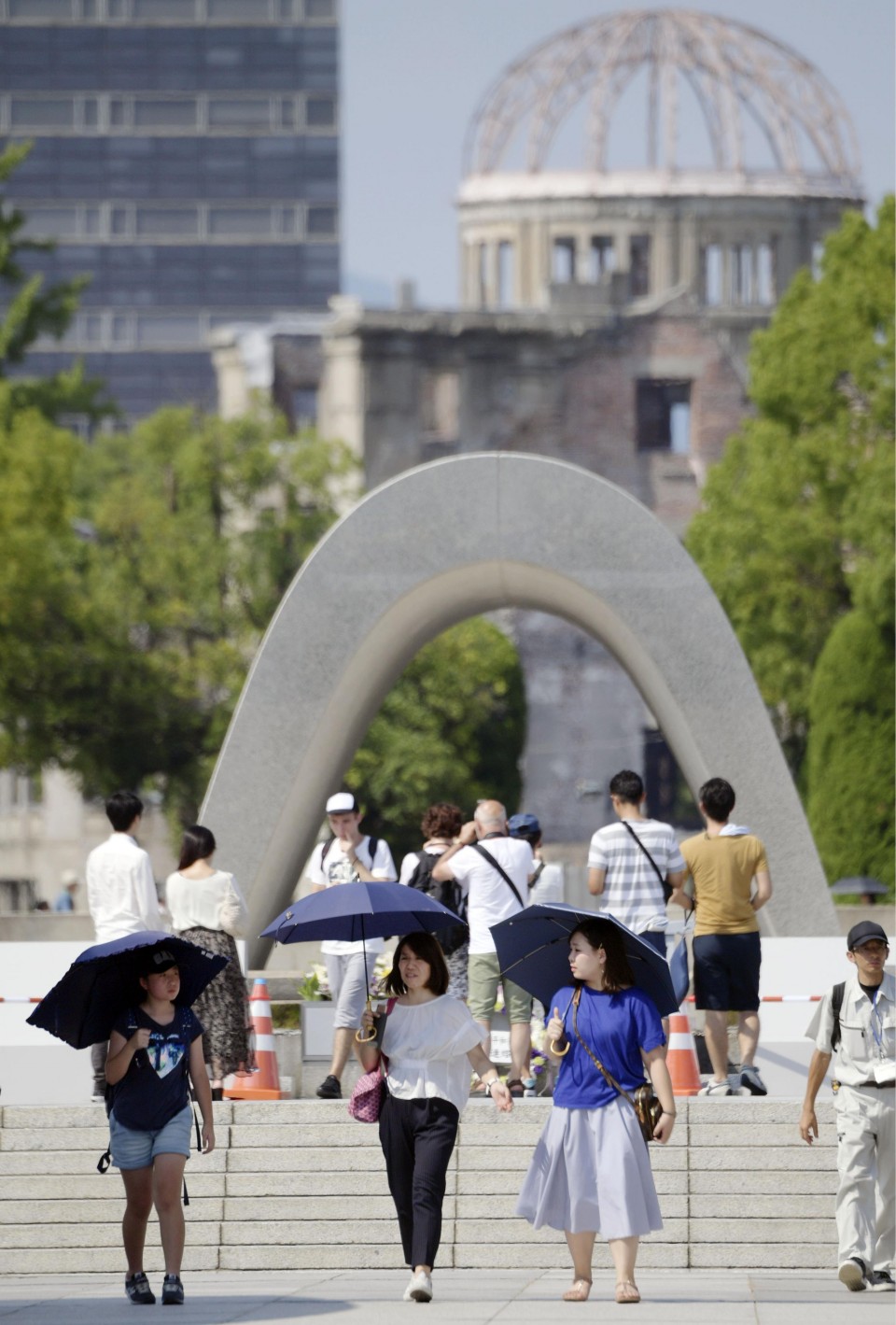 This is a monument to a 27.5-meter tree that alone withstood the March 2011 tsunami which destroyed the surrounding forest comprised of some 70,000 trees. The torch will pass the monument in Rikuzentakata on June 18.

The torch runners will pass near the scenic backdrop of the country's tallest mountain, a 3,776-meter volcano, when it goes through the two prefectures west of Tokyo. It was designated as a UNESCO World Cultural Heritage site in 2013.