Asako Takakura's side played most of the match at Parc des Princes inside Argentina's half, but they could not find the net with any of their eight attempts, three of which were on target.

The 37th-ranked South Americans stuck with a defensive game plan aimed at neutralizing world No. 7 Japan as they held on for their first Women's World Cup point in seven matches.

After an opening half with few opportunities, Japan missed a chance to take the lead in the 50th minute. Forward Kumi Yokoyama unleashed a long-range shot that Argentina keeper Vanina Correa parried straight to Yuika Sugasawa inside the area, but the Urawa Reds striker fired wide from a tight angle. 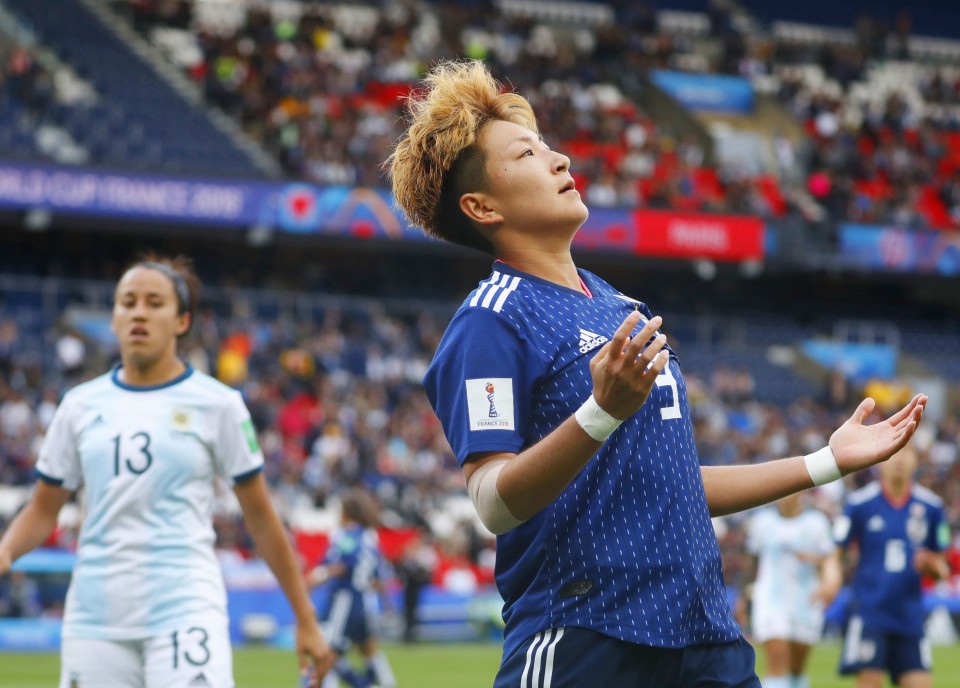 Midfielder Hina Sugita stepped over a cross from wingback Risa Shimizu, allowing the ball to find Hasegawa near the penalty spot, but the 22-year-old playmaker sprayed her shot across goal.

Takakura, who picked several World Cup debutantes in the starting 11, said her team had been slow to find their attacking rhythm.

"We don't set out to be defensive against any team. Of course, we have to keep a very solid defense, but we don't want to play defensive football. It wasn't in our mindset at all. But the players were cautious today," Takakura said.

"In the second half, they realized they had to be more offensive -- so their tempo was faster and they attempted more shots at goal. However, we weren't good enough to break down Argentina's defense today."

Japan captain Saki Kumagai said her team needed to improve in their remaining group games against Scotland and England if they are to reach the knockout stage. 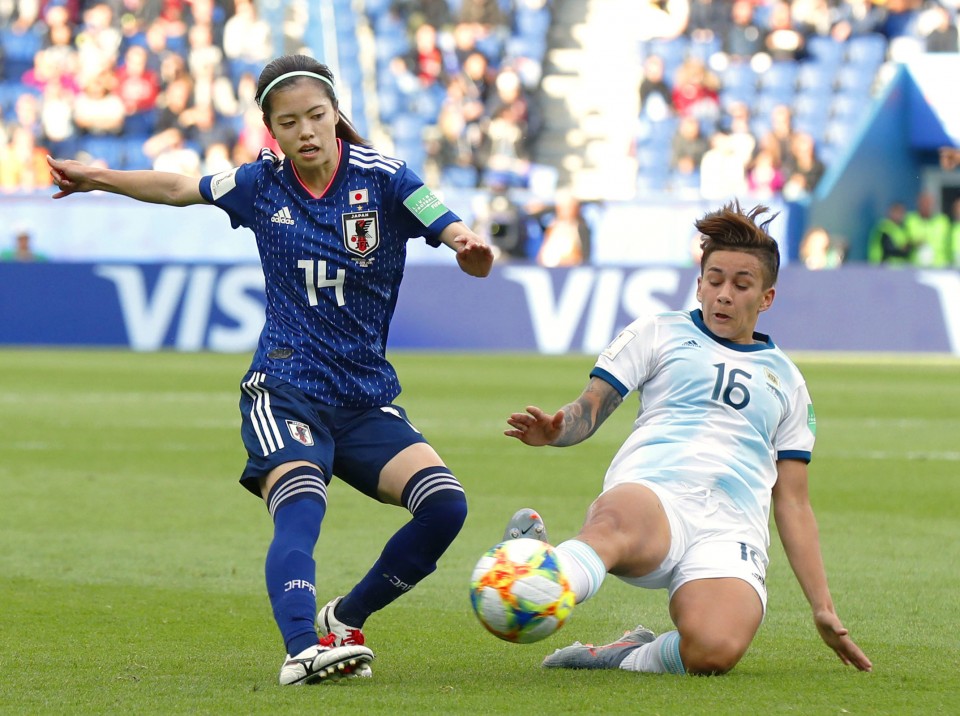 "The result is disappointing. We accept it, but we still want to advance (from the group)."

Veteran left-back Aya Sameshima, playing in her third World Cup, said the team had been disjointed in their "must-win" group opener.

"We were really a bit tight, and maybe it cost us the win," Sameshima, 31, said.

Argentina coach Carlos Borrello said his team recognized Japan as a dangerous opponent and had sought to play on the counterattack. 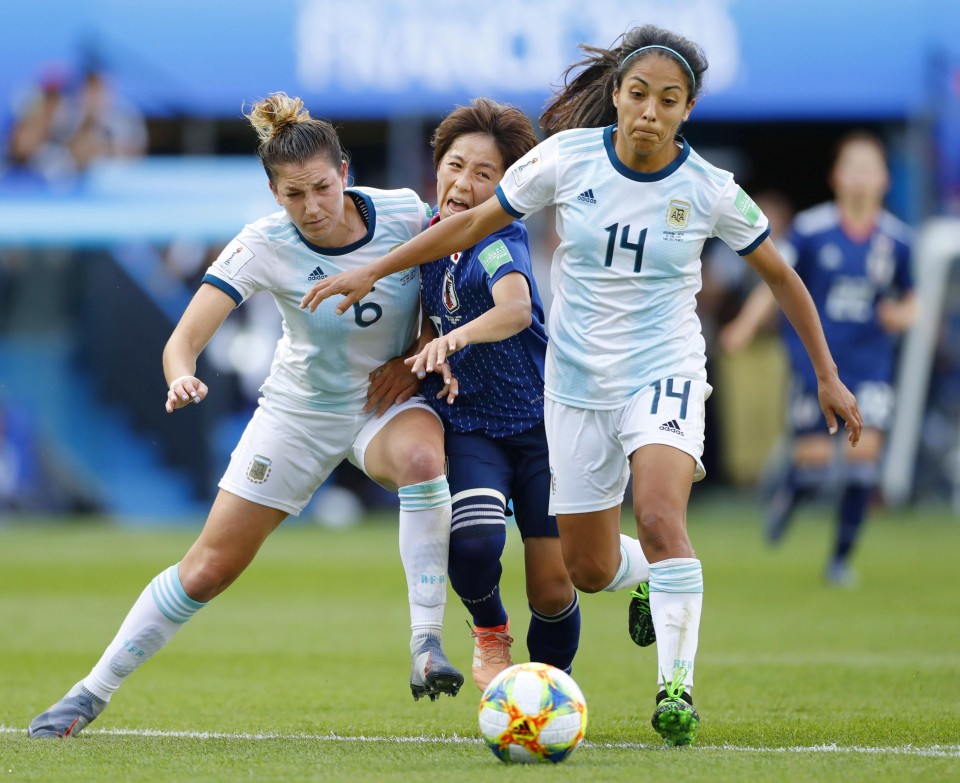 "Basically we couldn't play any other way against this team. We had to keep ourselves back and focused, and be very, very organized with that sort of attitude to come out with a counterattack. It was satisfying to gain a point in this World Cup," Borrello said.

Takakura's youthful squad aims to emulate the 2011 Japan team, who were crowned champions when the tournament was last held on European soil in Germany.

But they now face a difficult task advancing from their group. World No. 3 England ran out 3-0 winners when the two sides met at the SheBelieves Cup in March, while 20th-ranked Scotland showed plenty of fight in a 2-1 loss to the English in their group opener.

Japan will meet Scotland in Rennes on Friday before playing their final group game against England in Nice on June 19. 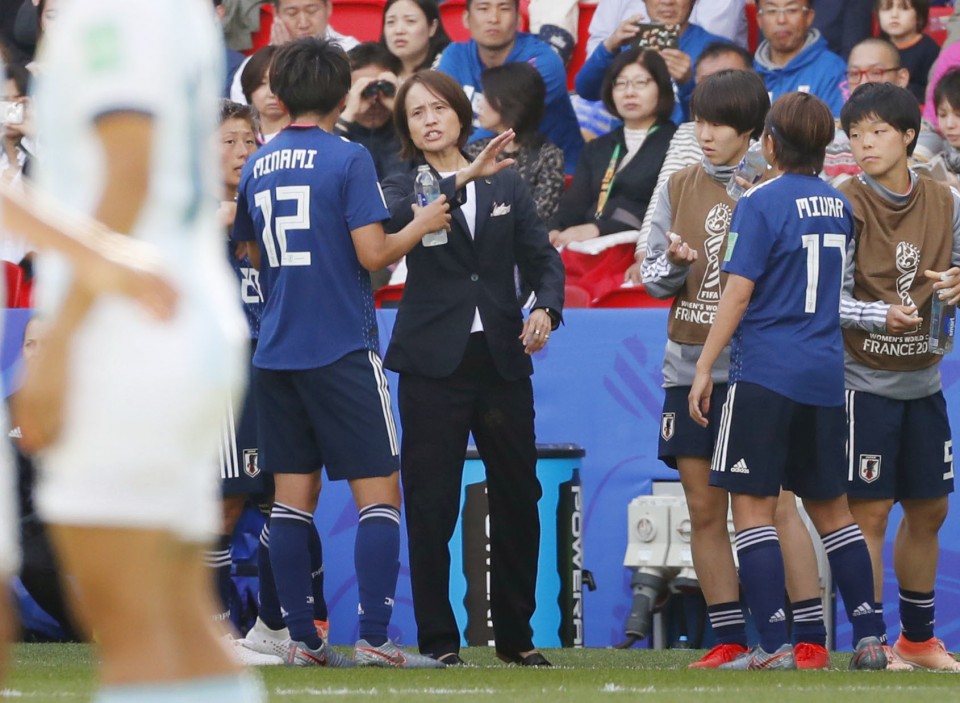 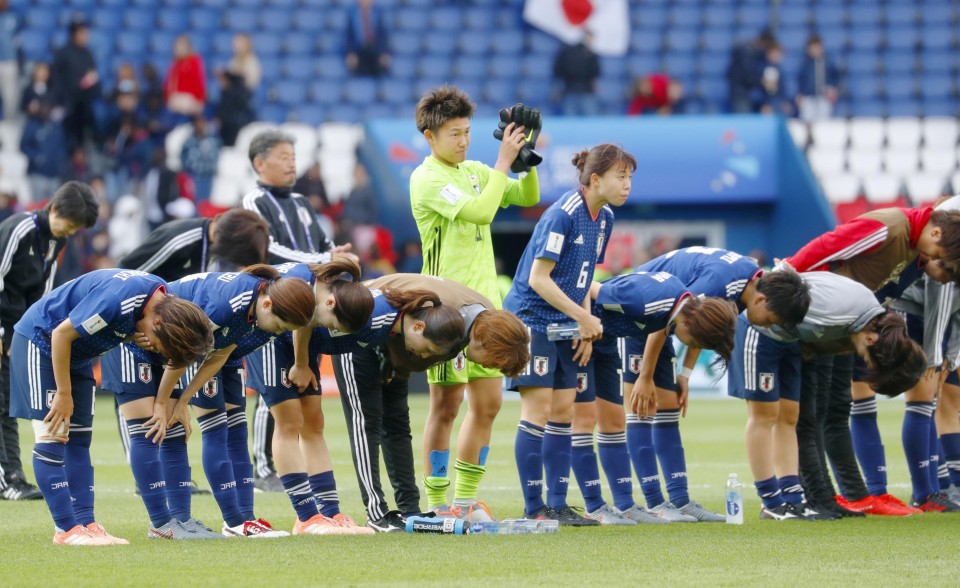