A company handling Heineken beer in Japan said Tuesday it aims at a year-on-year sales rise of about 70 percent between September and November, when the Rugby World Cup will be held in the country.

Heineken Kirin K.K., an affiliate of Kirin Holdings Co. in Tokyo, expects demand for beer to surge due to the many rugby fans who are expected to come from overseas to see the matches. Heineken is the official beer sponsor of the Rugby World Cup. 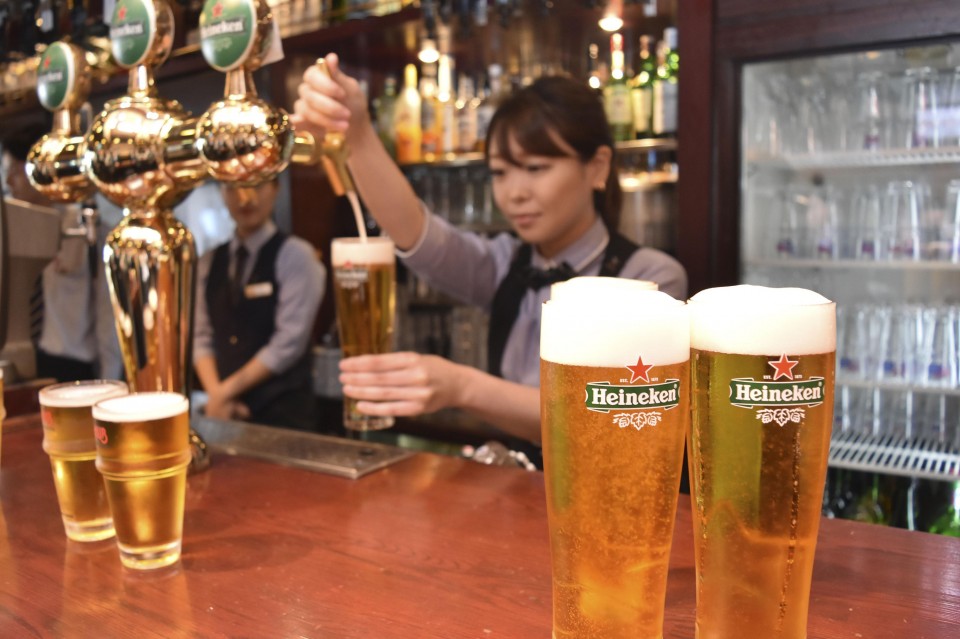 Rugby World Cup organizers say rugby and beer are "perfect together" as beer consumption tends to get bigger than in other sporting events.

Kirin Brewery Co. plans to raise Heineken beer production in September by some 80 percent from a year earlier.

"We'll try not to run out of stock no matter what," Kirin said.

Dutch brewer Heineken NV has the sponsorship rights to the Rugby World Cup in Japan to be held from Sept. 20 to Nov. 2.