Japan failed to convert on a slew of chances in their Copa America opener as a brace from Eduardo Vargas helped two-time defending champion Chile to a commanding 4-0 win Monday.

Japan, invited to the 12-nation South American championship along with Asian Cup winners Qatar, were solid in defense until a 41st-minute goal dented their initial confidence at Sao Paolo's Morumbi Stadium. 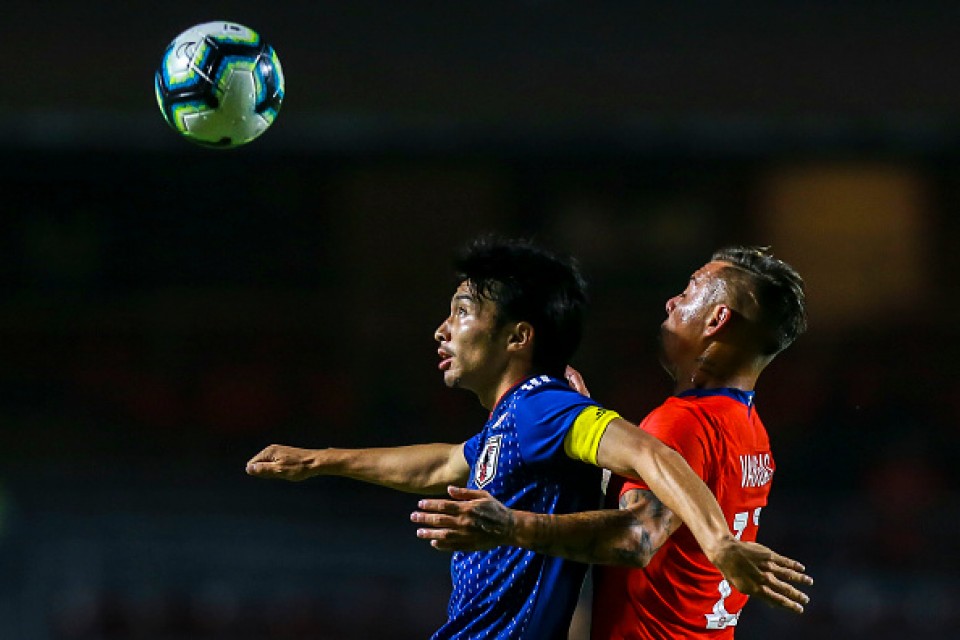 (Shoya Nakajima of Japan heads for the ball against Eduardo Vargas of Chile.)[Getty/Kyodo]

Three more Chile goals in the second half gave the young Japanese squad a taste of the quality they will face at South American soccer's top table.

Despite the disappointing result, Japan manager Hajime Moriyasu said there were a lot of positives.

"We have to accept the difference in quality between Chile and us," Moriyasu said.

"But the players fought without hesitation. In attack, they showed they are capable of scoring. I hope they take that grit into the next game."

Bologna midfielder Erick Pulgar gave the 2015 and 2016 Copa America champions their first goal, rising above Yuta Nakayama and Naomichi Ueda to drive a header into the net from outside the six-yard box. 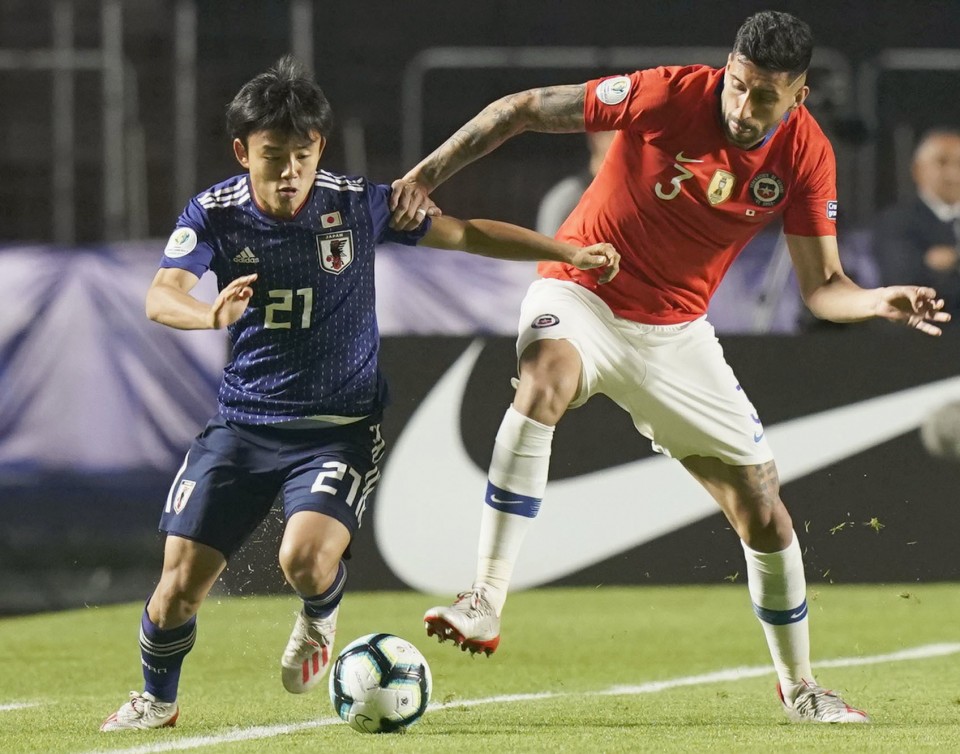 Vargas then doubled the lead in the 54th minute when his right-footer from the edge of the area clipped Daiki Suga's knee and flew into the top corner, leaving Japanese goalkeeper Keisuke Osako flat-footed and with no hope of making a save.

Chile then scored two more in quick succession, Manchester United star Alexis Sanchez slotting a diving 82nd-minute header and Vargas chipping a desperate Osako who had sprinted out of the area to defuse a long ball a minute later.

The young Japanese, many of whom are playing with Tokyo Olympic aspirations, were unable to capitalize on early openings. Real Madrid's recent signing Takefusa Kubo and Cercle Brugge's Ueda both fluffed decent chances.

Moriyasu has taken a squad full of uncapped players to the Copa America and the team next faces Uruguay on Thursday before taking on Ecuador in their final Group C match on Monday.

Japan have played in one previous Copa America, appearing at the 1999 tournament in Paraguay, finishing with one draw and two losses. 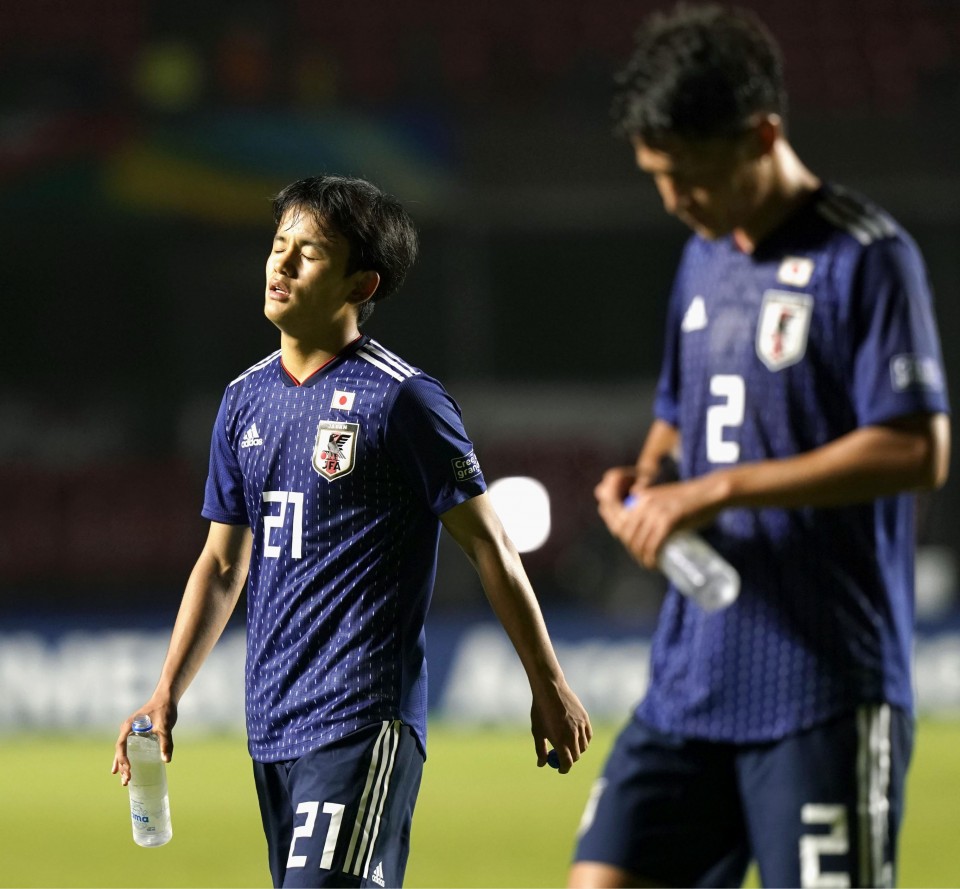