The Diet on Friday passed a bill stipulating for the first time the responsibility of the central and municipal governments for promoting Japanese-language education for foreign residents after Japan opened up to more overseas workers this April.

Japanese municipalities hosting large foreign communities have long been providing language education and other support on their own, but the central government had been slow in its response and criticized for its lack of assistance. 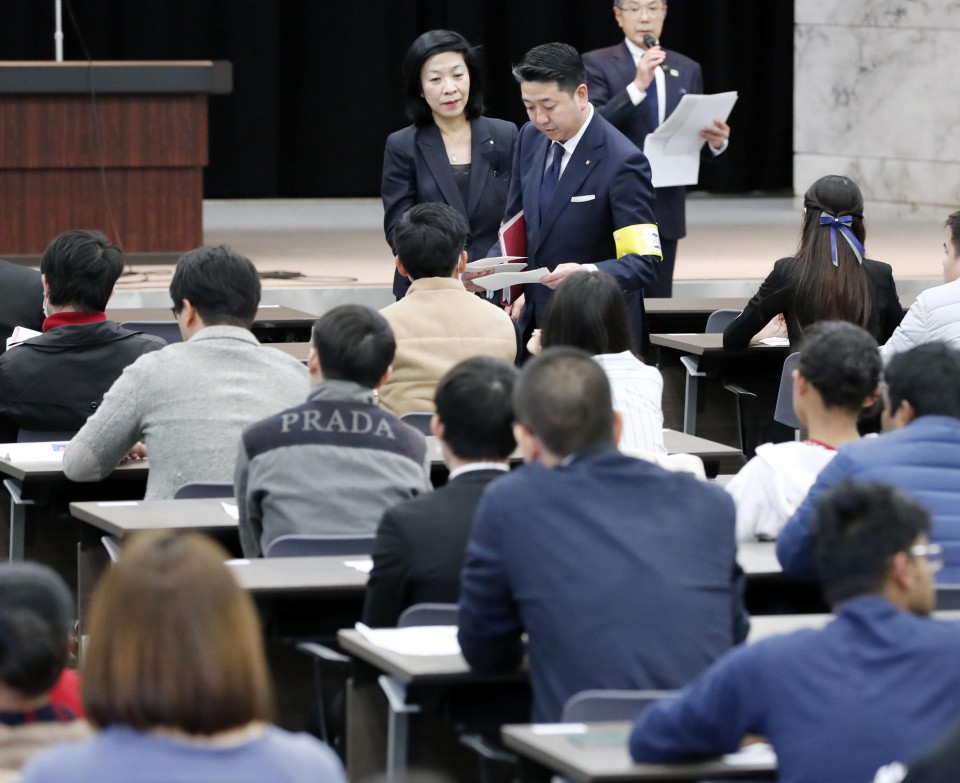 Under the legislation, the central government is responsible for carrying out comprehensive measures, including introducing necessary legal and fiscal measures, to ensure foreign residents of various backgrounds ranging from students to refugees receive language education in accordance with their wishes and circumstances.

The law calls for enhancing the quality of education at various institutions, which is said to vary greatly, and improving the salaries of Japanese-language teachers. It also asks employers of foreign nationals to provide language education to them and their families.

To come up with comprehensive policies, the education and foreign ministries as well as other government agencies will set up a convention to be advised by a panel of experts.

The legislation initiated by lawmakers was compiled as Japan introduced a new visa system in April to accept more foreign blue-collar workers, a move that is expected to further expand foreign communities in the country.

The number of foreign nationals in Japan stood at a record-high 2.73 million as of the end of last year, up 6.6 percent from a year before, according to the Justice Ministry.

Under the new visa program, the government expects up to about 345,000 foreign workers in the 14 labor-hungry sectors such as accommodation, nursing care, construction and farming over the next five years.

People who have been helping provide Japanese-language education to foreign residents in the absence of a comprehensive state policy welcomed the legislation and expressed hope that it will bring about change.

"I'm pleased to hear that the responsibilities of the central and municipal governments are stipulated," said Yuko Kitagawa, the 69-year-old representative of a Japanese-language study group in Noshiro, Akita Prefecture.

The group has been teaching Japanese in the northeastern city for over 20 years to people including foreign women who came to Japan and married Japanese men as well as their children.

Kitagawa said the group, which currently teaches the language to 40 people, has often worked with city authorities but there were times she doubted their seriousness in helping the integration of foreigners, with officials failing to pass down their knowledge and experience to their successors.

"Just creating a law is not enough. The governments must seriously work on it," Kitagawa said, while adding she hopes the new law will help foreigners acquire linguistic skills wherever they are in the country.

Japan is set to achieve the goal of accepting 300,000 foreign students by 2020, with the number reaching 298,980 in 2018, but critics have said the country lacks a system for ensuring the quality of Japanese-language education.

Earlier this month, the Tokyo University of Social Welfare was found to have lost contact with more than 1,600 students from abroad, with a portion of them overstaying their visa.

The education ministry and the immigration bureau also discovered the university was short-staffed and failed to provide support to students who had missed classes over a prolonged period.

It is hoped such problems will be resolved under the new law, which additionally calls for training teachers and creating proper evaluation systems for their teaching skills as well as the language proficiency of their students.