Convenience store operator Seven-Eleven Japan Co. said Monday it will start selling all of its rice balls in wraps made of biomass plastics possibly from July as it aims to reduce the use of fossil-fuel-derived materials for the environment. 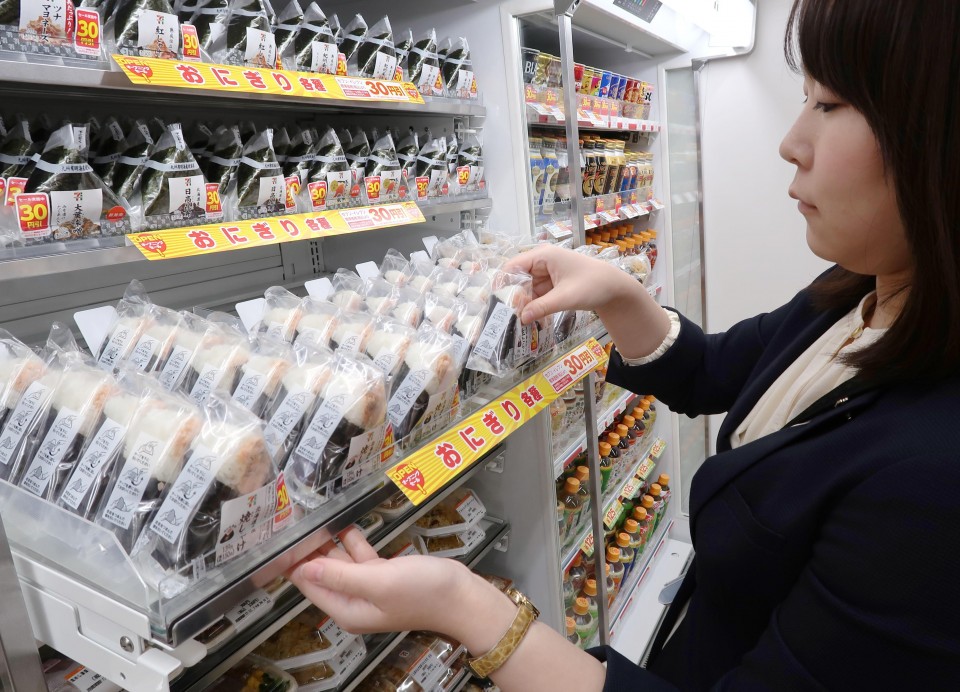 By replacing a part of the wrapping's ingredients with a sugar-cane-derived material, Seven-Eleven estimates it can reduce the use of plastic by 260 tons and cut carbon dioxide emissions by 403 tons a year.

In a similar move, FamilyMart Co., another major convenience store chain operator, has replaced its containers for cold noodles with recycled plastic.

Ohsho Food Service Corp. also announced last week it will replace its plastic straws with biodegradable ones and plastic spoons with biomass plastic ones at its 729 restaurants nationwide from next month.