Prime Minister Shinzo Abe pressed his case Wednesday for amending the country's Constitution as he sought voter support for realizing his cherished goal ahead of an upper house election set for July 21.

At the end of a regular Diet session Wednesday, Abe said political stability is important in proceeding with reform of the country's social security system and carrying out "powerful diplomacy" at a tumultuous time in global affairs.

Official campaigning will start July 4 and voting will take place July 21 as the six-year terms of half of the current House of Councillors members end on July 28.

"It's going to be an election in which voters will choose from political parties such as one that does not even try to talk about the Constitution or parties and candidates that clearly present their views and promote debate on them," Abe, leader of the Liberal Democratic Party, said at a press conference.

Abe has expressed hope for revising the Constitution next year even though the ruling bloc of the LDP and Komeito currently does not have a two-thirds majority in the upper house needed to initiate a national referendum on the reform of the supreme law.

The upcoming election comes amid a recent furor over a controversial pension report that raised concerns about the country's public pension system.

When asked about the impact of the pension issue, Abe said, "All issues could affect the upper house election."

"We should avoid an irresponsible debate that only sparks worries without presenting specific steps," Abe added. 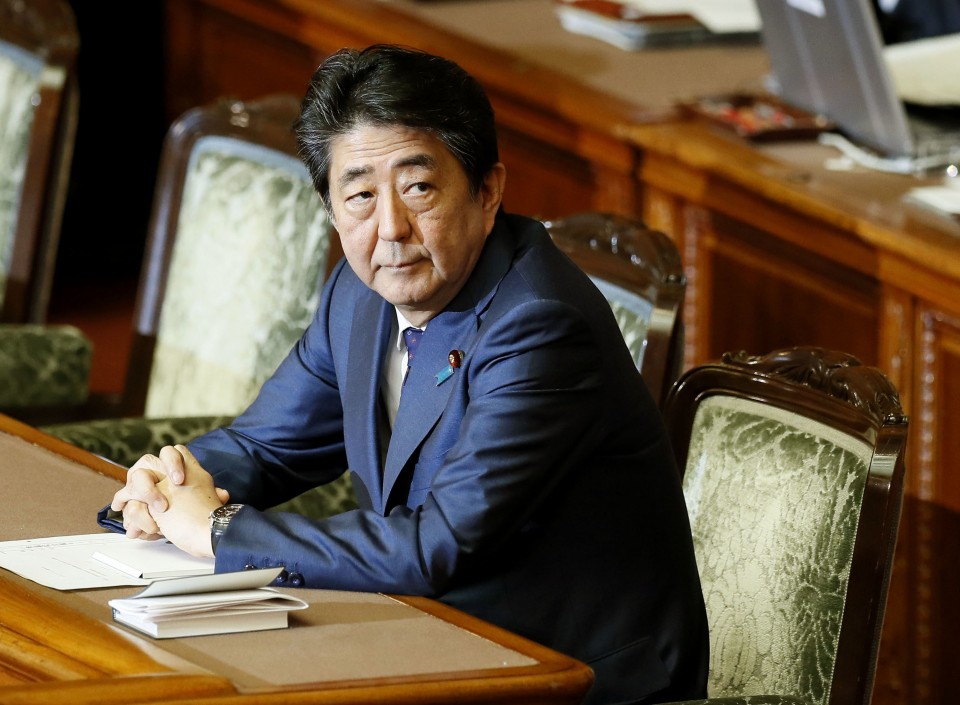 Opposition parties have been stepping up criticism of the government's handling of the pension report, which came when Abe is seeking to enhance social security for all generations.

Earlier in the month, Finance Minister Taro Aso refused to receive a report by a panel of experts which contained an estimate that the average retired couple would face a shortfall of 20 million yen ($186,000) under the current pension system if they live to be 95 years old. The panel was set up under the Financial Services Agency, which Aso oversees.

Abe, who has placed importance on revitalizing economic growth, said a strong economy is needed for Japan to secure funding and provide sufficient pension benefits amid the graying of the country's society.

The decision by Abe to raise the consumption tax in October from the current 8 percent to 10 percent is another focus of the election amid signs Japan's economy may be losing its growth momentum.

A senior member of Abe's LDP has said the ruling party is aiming to win at least 63 seats, or a majority of the 124 up for grabs, with its coalition partner Komeito.

Speculation had grown in recent months that Abe might dissolve the more powerful lower house for a snap election to coincide with the upper house race. But he decided against a double election, senior administration officials have said.

"I have consistently said it is not on my mind at all," Abe said at the press conference, responding to a question asking why he decided not to dissolve the lower house.

During the regular session from Jan. 28, the Diet enacted legislation to expand child-care support by offering free preschool education. It also revised a law to ban parents and other guardians from physically punishing children following fatal cases of abuse committed in the name of discipline.