Kon has taken part in the sport since childhood and trains with a sumo club at Ritsumeikan University in Kyoto, where she studies international relations.

The film shows Kon in training over several months, culminating in her taking part in the 2018 world championships' women's event open-weight category. She won the heavyweight title in the junior heavyweight category of the same tournament in 2014 and 2015.

Kay, 30, first encountered Kon while scouting locations for an earlier project in 2017. He spent a day filming Ritsumeikan's sumo club after learning that it offered mixed-gender training.

The university is one of a small number in Japan that accepts women onto its sumo team despite the fact that they are barred from competing professionally by the sport's ruling body, the Japan Sumo Association.

Kay knew of the restrictions on women's participation in sumo but his meeting with Kon prompted him to look more closely at the issue. 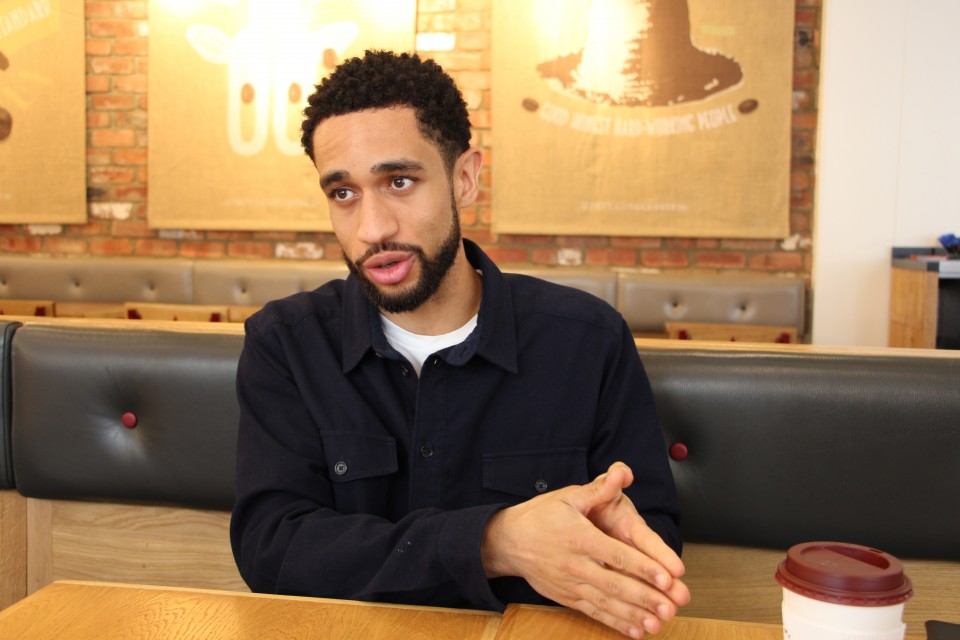 "I like to concentrate on people who are underrepresented," Kay told Kyodo News in an interview in London. He said his upbringing surrounded by "political and feminist" women made him conscious of the fact that women are less prominent than men in many spheres, including sports.

Kon herself is outspoken about the obstacles that female wrestlers face, though Kay emphasized the film's message is not one of criticism but of "resilience and ambition." He added, "I think Hiyori is an amazing athlete and an inspiration for other women, so it's important to show her story."

Kay said Kon was already accustomed to some media attention as a member of the sumo team, making her a natural fit for the film. "She's a young woman following her dreams but she's also funny and shy, and in some ways quite confident in herself...she is a great screen presence," he explained.

While working with Kon may have been easy, capturing her fights on film proved more difficult.

Not least among the reasons for this was the sheer speed of the sport, with the average bout lasting a matter of seconds. The challenge was made greater by the fact that, due to funding constraints, Kay was often the sole cameraman.

He said his previous experience working in news broadcasting came in handy when planning for shoots, joking that "there are no second takes in news, just like there aren't in sumo."

Kay is apprehensive about the film's reception in Japan, especially working with a subject so deeply rooted in the national culture.

However, he recalled being surprised by the number of Japanese people unaware of female sumo wrestling and expressed hope that audiences would see a new side to the sport.

He explained, "I think documentaries can be a gateway into a world you don't know anything about and I hope my films have that effect. All the female wrestlers I met are so dedicated and it would be nice if they were able to progress."

He added the screening represented an opportunity to thank those who contributed to the documentary, many of whom did so voluntarily. Kay commented, "I have experienced a lot of goodwill in Japan and without that, the film wouldn't be possible."