New ozeki Takakeisho has pulled out of the Summer Grand Sumo Tournament due to a right-knee injury, the Japan Sumo Association said Thursday.

The 22-year-old wrestler, promoted to the sport's second-highest rank for the 15-day tournament which began Sunday at Tokyo's Ryogoku Kokugikan, sustained the injury in a bout against Mitakeumi on Wednesday. 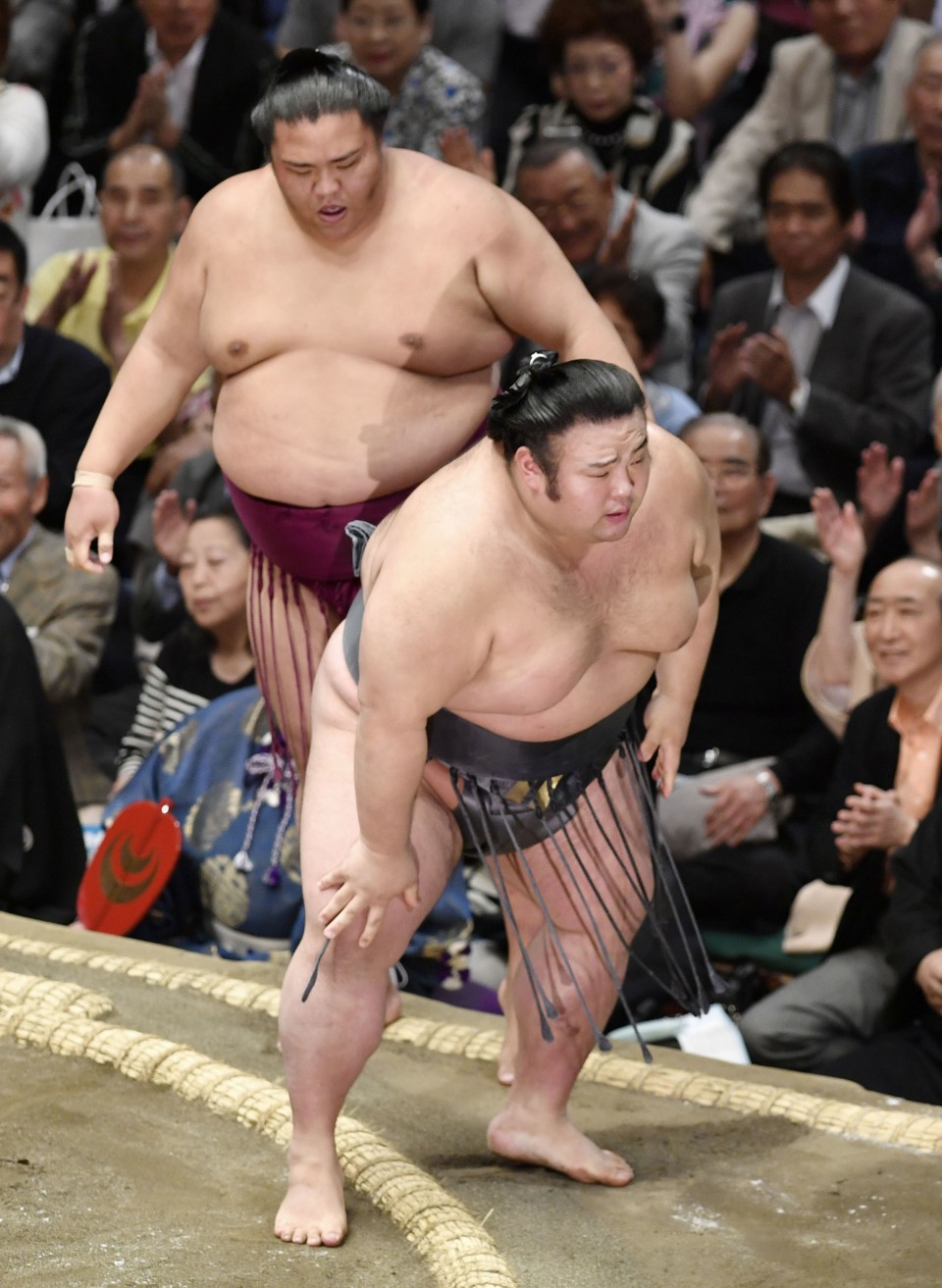 (New ozeki Takakeisho, right, hurts his right knee while defeating Mitakeumi on the fourth day of the Summer Grand Sumo Tournament at Ryogoku Kokugikan in Tokyo on May 15, 2019.)

Though his yorikiri win over Mitakeumi moved him to 3-1, Takakeisho, the youngest wrestler in the top-tier makuuchi division, called his stablemaster Thursday morning to tell him he injured the ligament on the inside of his knee.

Takakeisho was among the big names headlining the first basho of the Reiwa Era, Japan's new imperial era which started May 1. He is the first newly promoted ozeki to withdraw from a tournament since Tochinoshin, last July.

"He said he wants to sit out the meet because he's feeling pain. It must really hurt because he rarely says he's hurt," his stablemaster Chiganoura said.

"He must be most disappointed by this. But he can't ruin his sumo career by pushing himself to compete. He'll take his time and recuperate. If he makes a full recovery, he'll be able to perform well," the stablemaster said.

Takakeisho is unlikely to compete again in the tournament which ends May 26, meaning he would fight in July's Nagoya meet as a demotion-threatened "kadoban" ozeki.

It is the first time since March last year Takakeisho has pulled out of a tournament. Third-ranked maegashira Tamawashi, his scheduled opponent for Thursday, gets a forfeit win.