Former Japanese Emperor Akihito visited 36 countries during his 30-year reign, many more than the eight to which his predecessor traveled, but South Korea was one significant omission from the list, leaving unfinished business for his just-enthroned son Emperor Naruhito.

In 1992, former Emperor Akihito became the first Japanese monarch to visit China, which suffered from Japanese military aggression before and during World War II, but he never set foot on the Korean Peninsula, which was under Japan's colonial rule from 1910 to 1945.

The Japanese government was cautious about a visit by the emperor, citing opposition among some South Koreans over issues related to the nations' contentious history, as the war was fought in the name of his father Emperor Hirohito, posthumously known as Emperor Showa. 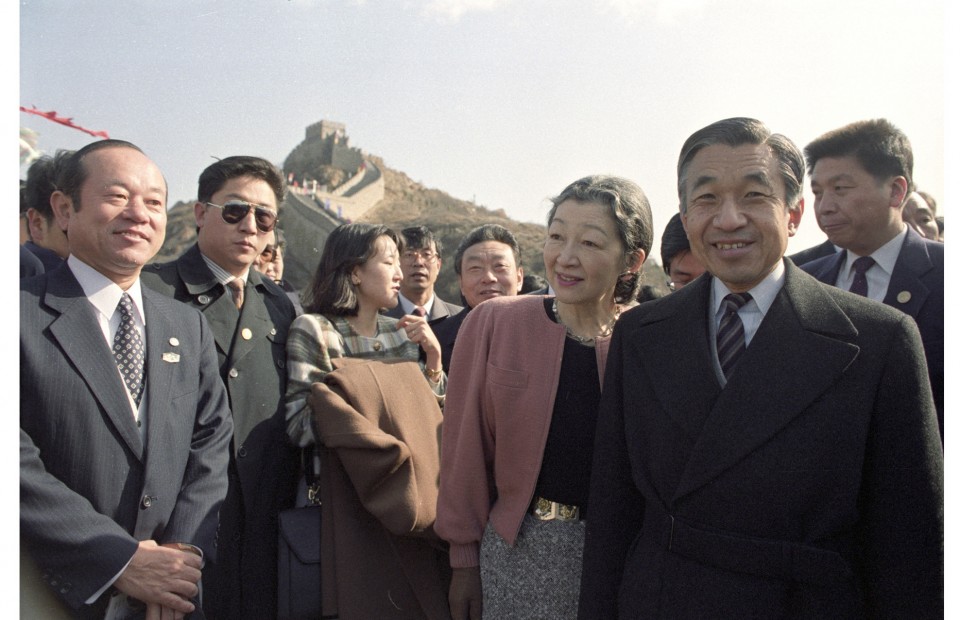 The idea appeared particularly possible during the 2002 FIFA World Cup, which was jointly hosted by the two East Asian countries, when the South Korean side requested the then emperor attend the opening ceremony of the world's biggest single-sport event in Seoul.

The previous year, the former emperor made some rare remarks regarding the history between Japan and the Korean Peninsula that received a favorable reaction in South Korean political circles and media.

The former Emperor Akihito told a press conference ahead of his birthday in December that he felt "a certain kinship with Korea," referencing an ancient book that mentioned a family tie between the ancient Japanese imperial family and the Paekche, a kingdom from early Korean history.

He also said that it was "truly fortunate" that some culture and technology were brought to Japan "through the enthusiasm of Japanese people and the friendly attitude of the Korean people."

"I also believe it contributed greatly to Japan's subsequent development," he said.

But, in the end, he did not attend the ceremony due to concerns expressed by Japanese officials.

In August 2012, former South Korean President Lee Myung Bak demanded the emperor apologize for Japan's colonial rule of the peninsula if he wanted to visit the nation, leading to criticism from the Japanese public. 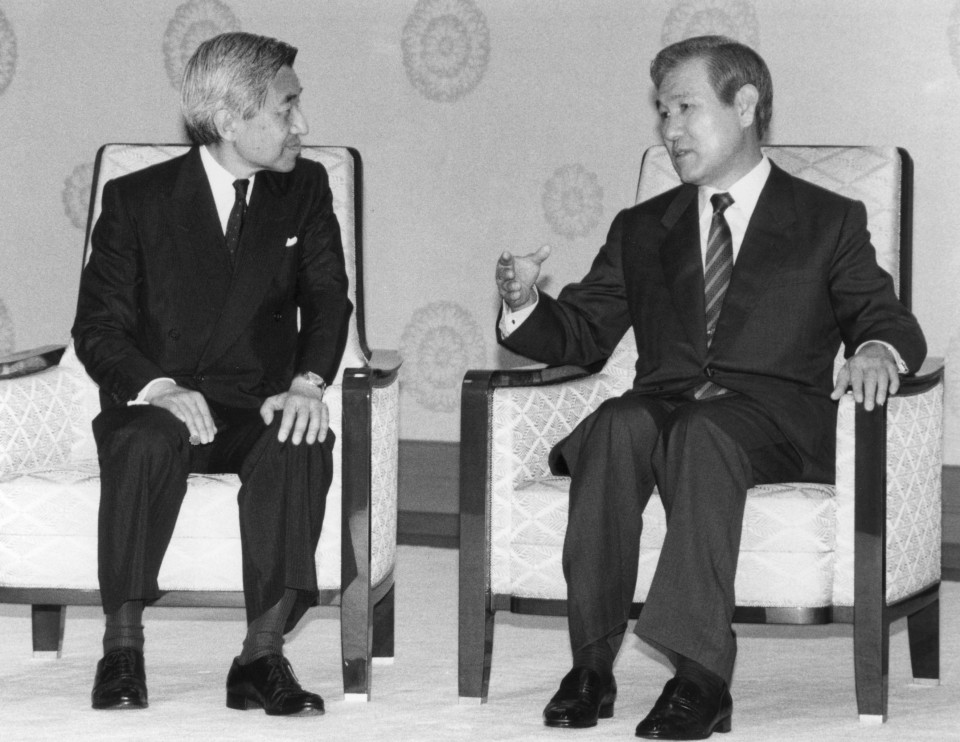 An Imperial Household Agency official said any plans for a visit by the new emperor "must be realized in a way that will lead it to be celebrated by a large majority of both the Japanese and South Korean people."

Former Emperor Akihito greeted state guests from 41 countries on 63 occasions during his reign, which was known as the Heisei Era. Four South Korean presidents met with him as a state guest, the most of any country.

The figure even outnumbered that of Japan's closest ally, the United States, which sent three presidents to Japan as a state guest.

In May 1990, when Roh Tae Woo, the first of the four South Korean presidents to extend an invitation, visited Japan, the then emperor expressed his regret over Japan's colonial rule of the peninsula at a banquet.

"I think of the sufferings your people underwent during this unfortunate period, which was brought about by my country and cannot but feel the deepest regret," he said.

The speech attracted attention because he expressed regret in a more candid manner than Emperor Hirohito, who delivered a similar speech six years before.

In 1984, Emperor Hirohito delivered a speech on the historical issue during a banquet with South Korean President Chun Doo Hwan in Tokyo, saying, "It is indeed regrettable that there was an unfortunate past between us." 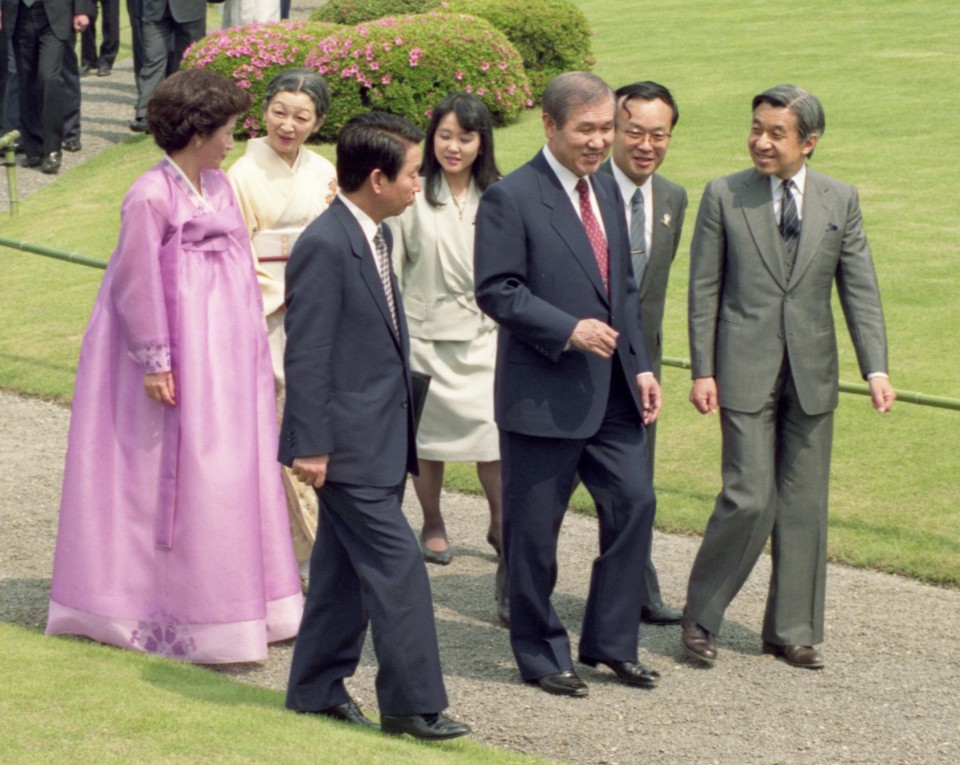 On the occasion of Emperor Akihito's abdication on Tuesday, South Korean President Moon Jae In thanked him for helping develop ties between the two countries. Moon also sent a message of celebration for the new emperor's enthronement the following day.

Japan and South Korea have been involved in a series of disputes based on differing interpretations of thorny issues related to the bilateral history, such as the matter of the so-called comfort women who were forced to work at wartime Japanese brothels on the peninsula.

Former Emperor Akihito visited not only Western countries but other Asian countries, including Indonesia, Malaysia, Thailand and Vietnam, all countries that were at one stage either invaded or occupied by Japan during the war.

Emperor Hirohito made two overseas trips in 1971 and 1975 to the United States, Britain, Germany and five other Western countries.