Japanese two-way player Shohei Ohtani drove in a pair of insurance runs with a home run for the Los Angeles Angels in a 6-3 win over the Kansas City Royals on Saturday.

With the Angels leading 2-0 in the sixth inning, Ohtani came up with one man on and one out at Angel Stadium. He lofted the first pitch from Jakob Junis (3-5) into the right field stands for his second home run of the season and his first at home. Ohtani went 1-for-4 with two strikeouts. 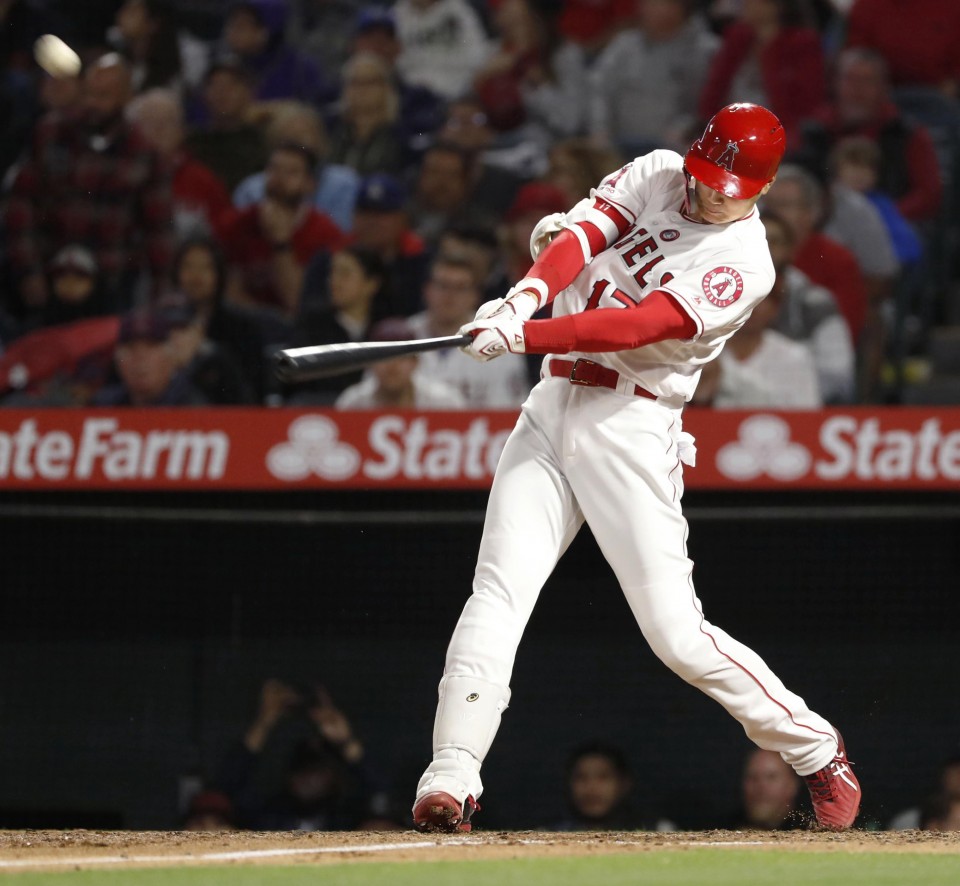 "The good thing today was getting those insurance runs," Ohtani said. "When I hit, it seems to brighten the atmosphere throughout the stadium, and I think that increases our chances of winning."

The Angels opened the scoring on a Mike Trout solo homer in the first, the 250th of the young superstar's career. Kole Calhoun doubled and scored in the second on a Jonathon Lucroy single.

After Ohtani's home run with Trout aboard, Andrelton Simmons doubled for the Angels, took third on an error and came home on a sacrifice fly by Calhoun.

Prior to the game, Ohtani played catch for the second straight day as part of his rehab from Tommy John elbow surgery in October. Manager Brad Ausmus has indicated that Ohtani would increase his pitching practice from three times a week to four. The Angels are preparing Ohtani so that he can resume pitching next season.

"In regards to my pitching, more than taking it one step at a time, it feels like a half step at a time," said Ohtani, who made about 80 throws from about 37 meters -- the farthest he has thrown since surgery.

In New York, right-hander Masahiro Tanaka pitched six scoreless innings but got no decision in the New York Yankees' 2-1 loss to the Tampa Bay Rays in 11 innings. 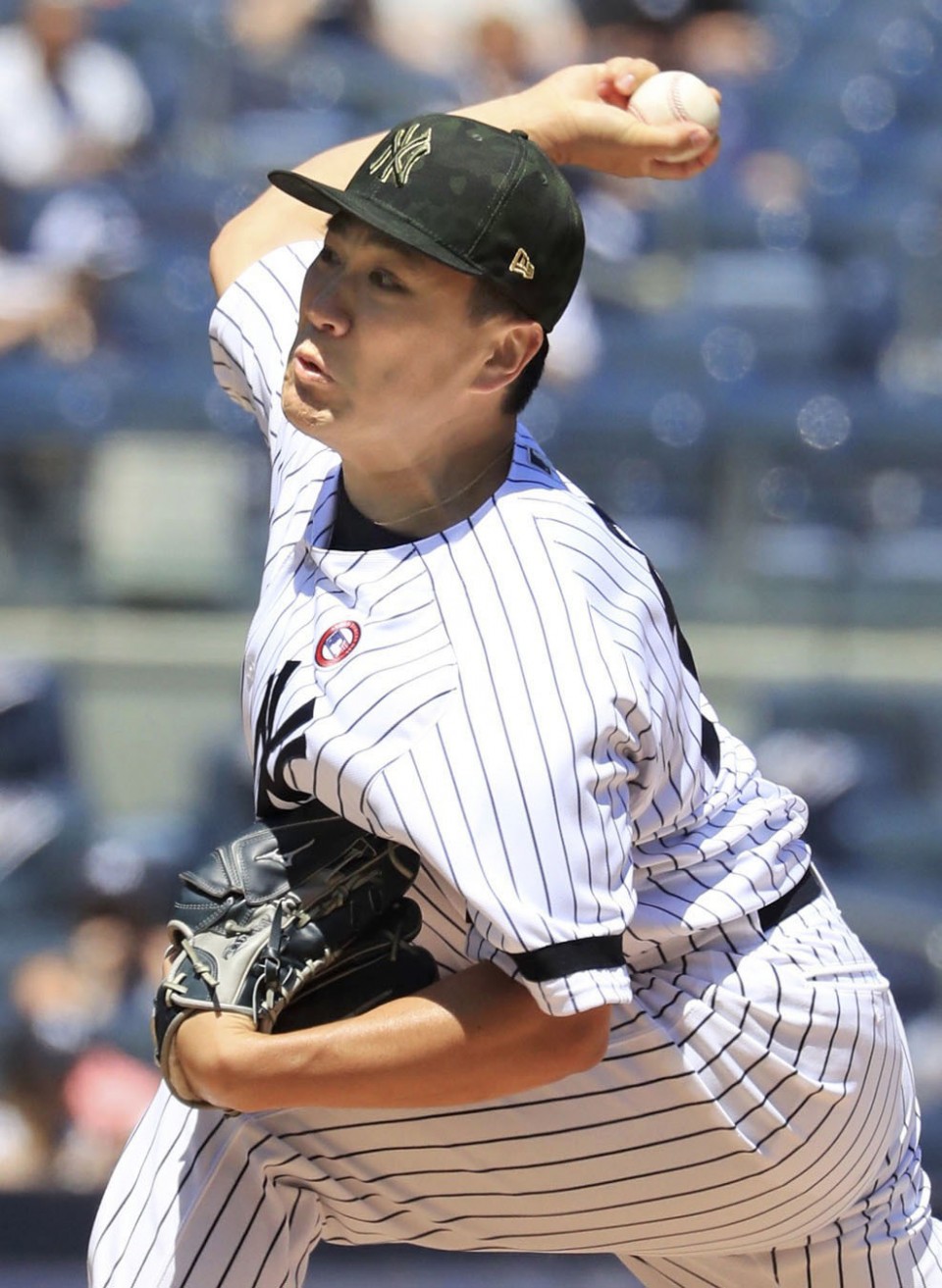 Tanaka, 3-3 this season, allowed three hits and no walks, while fanning six of the 22 batters he faced at Yankee Stadium. He did not allow a runner past second base in his 10th start, and outdueled 2018 American League Cy Young Award winner Blake Snell in two straight starts.

Tanaka was hit on his right shin by a batted ball that ricocheted to first baseman Luke Voit, who made the out and ended the inning.

The right-hander suffered a bruise and said he cannot tell when his next outing will be.

"I think the numbers suggest how well I did today," he said. "(Regarding the sixth,) I can't catch a ball with such velocity and it's not like I can stop it with my foot."

Snell gave up a run on six hits and a walk, while striking out nine over six innings.