A tourist facility featuring all things about Akita dogs opened Wednesday in the northeastern Japanese city of Odate, regarded as the home of the internationally popular breed.

"I hope a big circle of people formed by Akita dogs will spread around the world," Odate Mayor Junji Fukuhara said at an opening ceremony.

Akita dogs, known for their loyalty to owners, were popularized outside Japan in the U.S. film "Hachiko" starring Richard Gere and have been adored by celebrities, including Russian figure skating star Alina Zagitova.

To mark the opening, visitors can now meet "real Hachiko," famed for loyally waiting for his deceased master for years near Shibuya Station in Tokyo.

The stuffed Hachiko, normally on display at the National Museum of Nature and Science in Tokyo, will be exhibited through Sunday at the facility, which was designed based on the exterior appearance of the station. 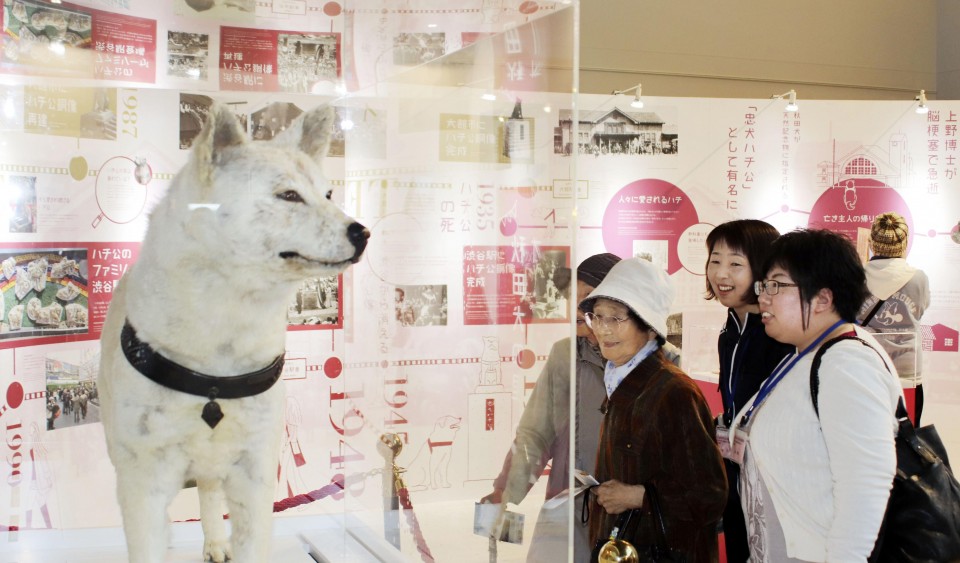