There were no big surprises at the Summer Grand Sumo Tournament on Tuesday, with grand champion Kakuryu and sekiwake Tochinoshin both emerging victorious to stay in a three-way tie for the lead on Day 10.

The two wrestlers improved to 9-1 going into the final third of the 15-day meet at Tokyo's Ryogoku Kokugikan, along with No. 8 maegashira Asanoyama. The only top-ranked grappler defeated on Day 10 was komusubi Mitakeumi, who was on the losing end against Tochinoshin. 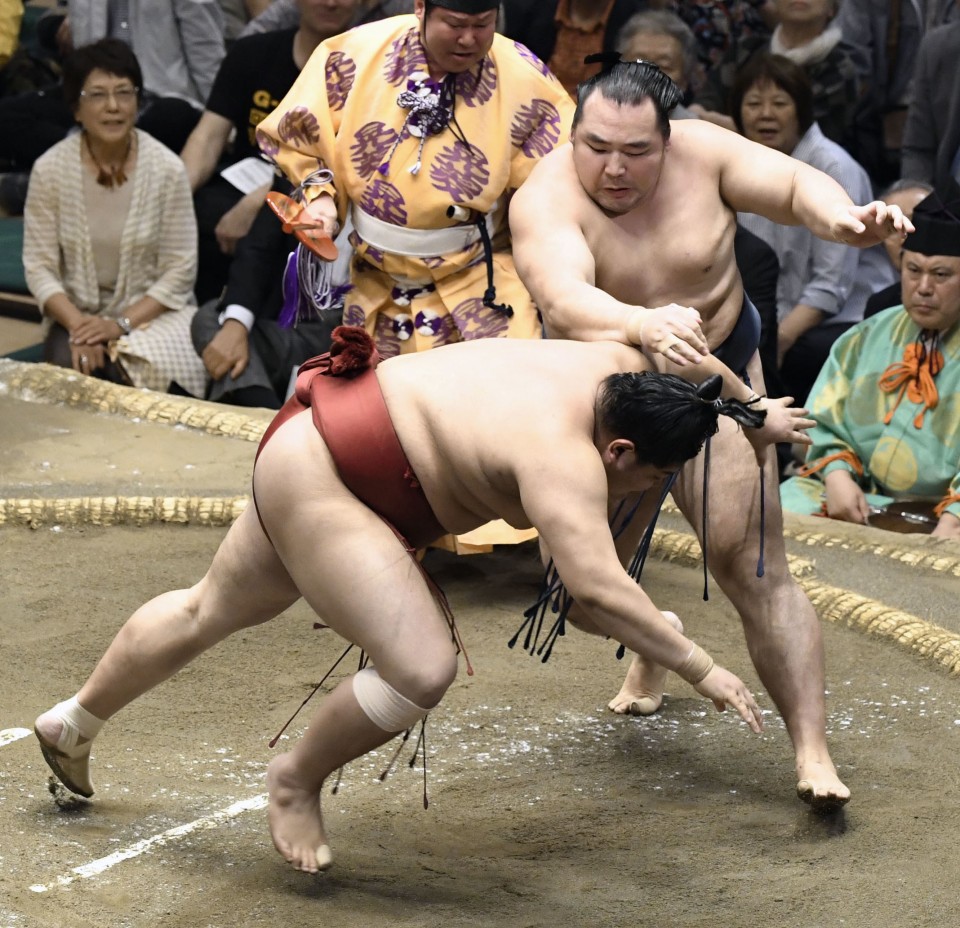 Kakuryu, the only yokozuna competing here following Hakuho's withdrawal, fended off a hostile attack from No. 4 Abi (6-4). The Mongolian grand champion struggled to land a slap to his opponent's face as he was edged back with a throat hold, but shifted to the side and slapped Abi down to the clay.

Tochinoshin, meanwhile, retained his share of the lead and is now one win away from regaining his ozeki status after defeating Mitakeumi (6-4) and improving to 9-1.

In one of the highlight bouts of the day, Tochinoshin took a hard hit from the komusubi, who is also looking for a bump back up the ranks.

But after digging in and revving his engine, the Georgian shifted into high gear and drove Mitakeumi straight from the ring. Tochinoshin faces Abi on Day 11.

Earlier in the day, Asanoyama (9-1) prevailed in a shoving match with No. 7 Shodai (6-4) to even their head-to-head record in the top division at one apiece.

The 25-year-old Toyama native held his ground after the initial clash, and kept Shodai on the ropes before going all in on a diving push.

"I wanted to get a winning record as soon as possible so I'm happy about that," said Asanoyama, who finished with a 7-8 record at the Spring Grand Sumo Tournament in March.

"It was hard to relax (at the Spring meet), but I've gotten good support since then and built some confidence. I'll just take it day-by-day from here on out." 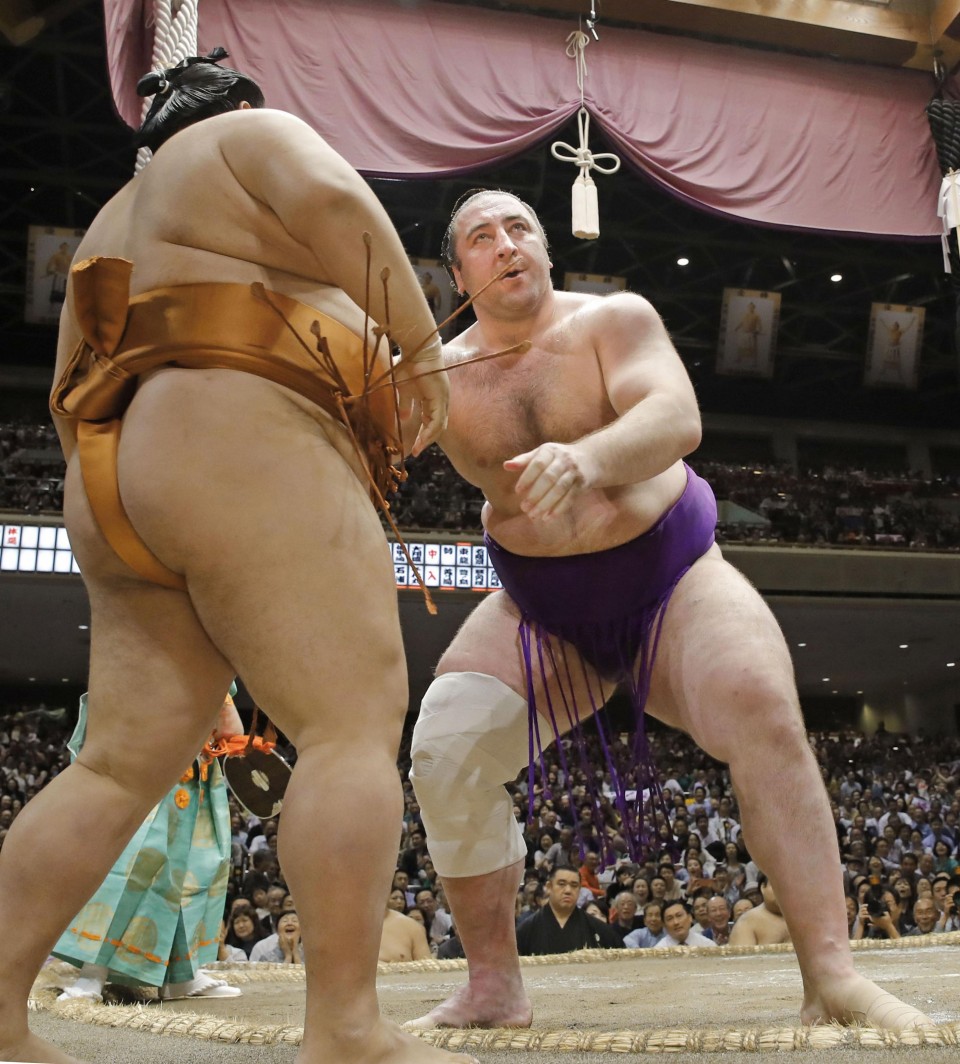 Takayasu and Goeido have seemingly put their struggles behind, with both ozeki improving to 7-3 with their fourth straight wins.

In his second meeting with No. 5 Ryuden (6-4) in the top division, Takayasu quickly got a left-handed inside grip on the maegashira's belt and took him back to the straw. With little room to maneuver, Ryuden struggled in the ozeki's trap as Takayasu shoved him out.

In the following bout, No. 4 Okinoumi (2-8) went for an ill-advised leg hold against Goeido, losing his balance and getting slapped down by the ozeki.

Aoiyama (4-6) made quick work of No. 2 Endo (3-7) as he kicked off the bouts involving wrestlers in the three "sanyaku" ranks below yokozuna. The komusubi was unfazed by his opponent's initial charge, pulling Endo's head down with his right arm before finishing the slap-down with his left.

Only one of the two men to start Day 10 a victory behind the leaders was able to keep the pace.