Narita airport to use facial recognition in boarding from 2020

NEC Corp. said Friday Narita airport near Tokyo will use the company's artificial intelligence-powered facial recognition technology to ease congestion from 2020, with the number of travelers expected to spike as the Tokyo Olympics approach.

The Japanese electronics manufacturer said if a passenger registers an image of his or her face during check-in, they can advance through baggage drop-off, security check and boarding procedures with the systems at the gate and kiosks automatically verifying their identity.

However, passengers will still need to present a passport at immigration screening.

The introduction of the automated check-in system will be a first in Japan, following implementation at Hartsfield-Jackson Atlanta International Airport in the United States and Singapore's Changi Airport, according to an NEC official.

The initiative comes as Tokyo is set to host the Summer Olympics and Paralympics in 2020, bringing an increase in the number of foreign visitors to Japan. 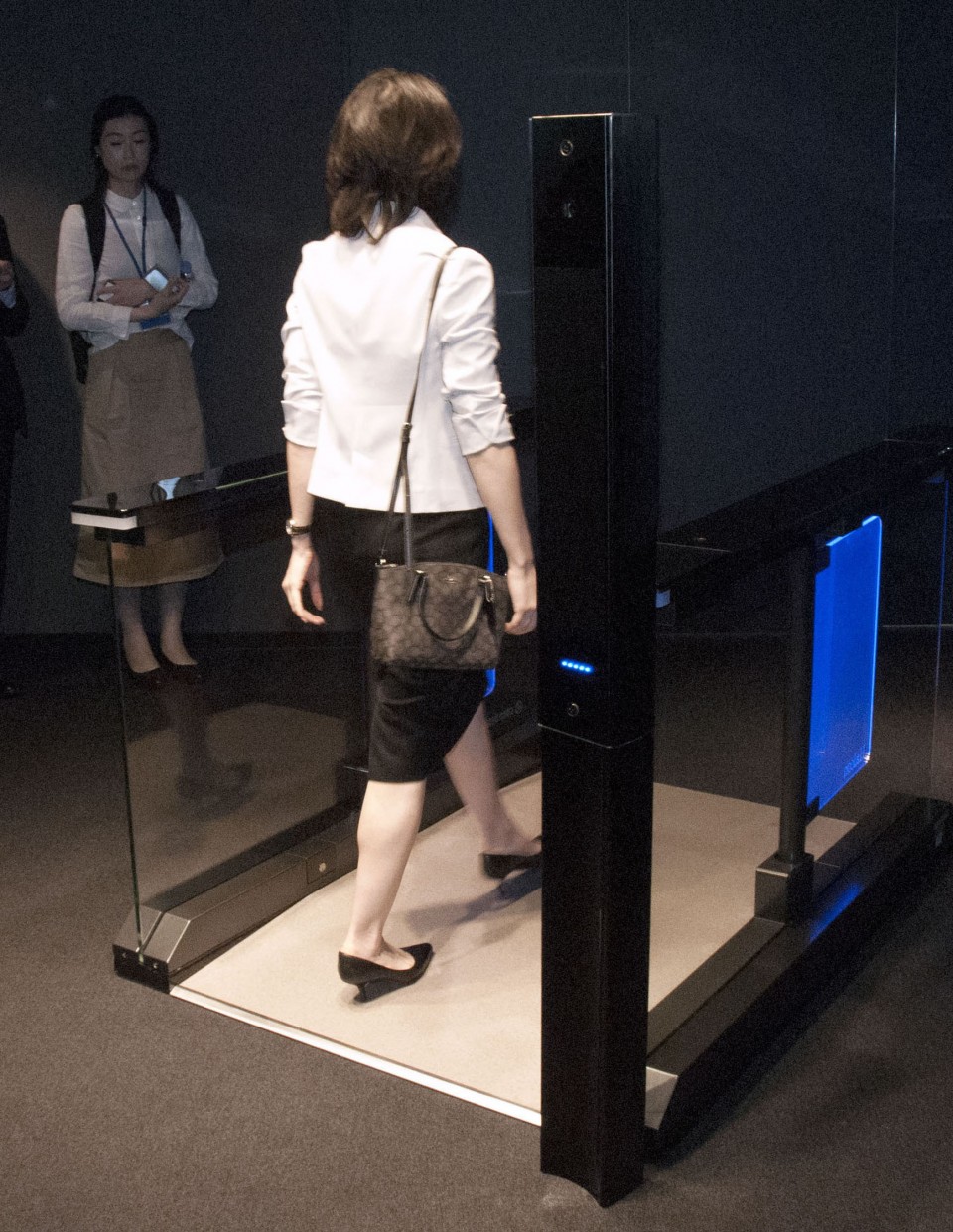 "With this system, there will no longer be bothersome procedures before boarding and passengers can enjoy a stress-free time at the airport," said Narita International Airport Corp. Senior Vice President Tatsuya Hamada at a press conference in Tokyo.

Hamada said the system will be used by Japan Airlines Co. and All Nippon Airways Co., with the flights to be included in the program still under consideration.

NEC Senior Vice President Yutaka Ukegawa said, "We hope to further expand the use of our facial recognition technology to duty-free shopping, to purchase rail passes or in emergency situations, such as when a passenger falls ill at an airport."

In a demonstration to media at the NEC headquarters in Tokyo on Friday, a woman checked in her luggage using a kiosk without presenting her passport and ticket and also passed through a boarding gate equipped with facial recognition capabilities.

NEC has provided facial recognition technologies in more than 50 countries.

Specific procedures such as immigration screening at John F. Kennedy International Airport in New York and customs inspection at 14 airports in Brazil are aided by the systems.