The robots -- "Pepper" of Japan's SoftBank Robotics Corp. and "SEMMI" of German railway company Deutsche Bahn AG -- were deployed at an information desk in a shopping and dining center called Gransta on the basement floor of the station.

Visitors can ask for directions to stores and restaurants in the facility in languages including Japanese, English and Chinese, JR East said. 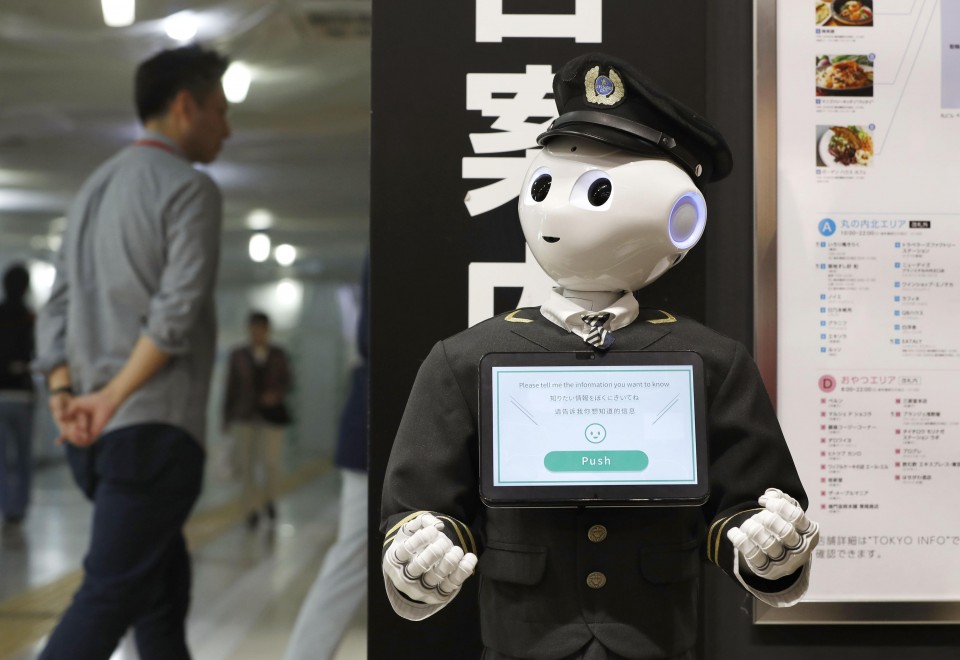 The trial, which began Monday and will last through May 31, comes as part of a technological exchange between JR East and the German railway company that began in 1992. They will look at the machines' capabilities and visitors' reactions to their appearance.

Pepper is a semi-humanoid robot widely used in Japan, while SEMMI is a robotic concierge with a more lifelike human-looking face on a stand.

"Excuse me. I am not able to answer because I haven't studied enough," SEMMI replied, shaking its head in apology.

Uno said of the interaction, "It's a shame, but I felt that it was doing its utmost to communicate." 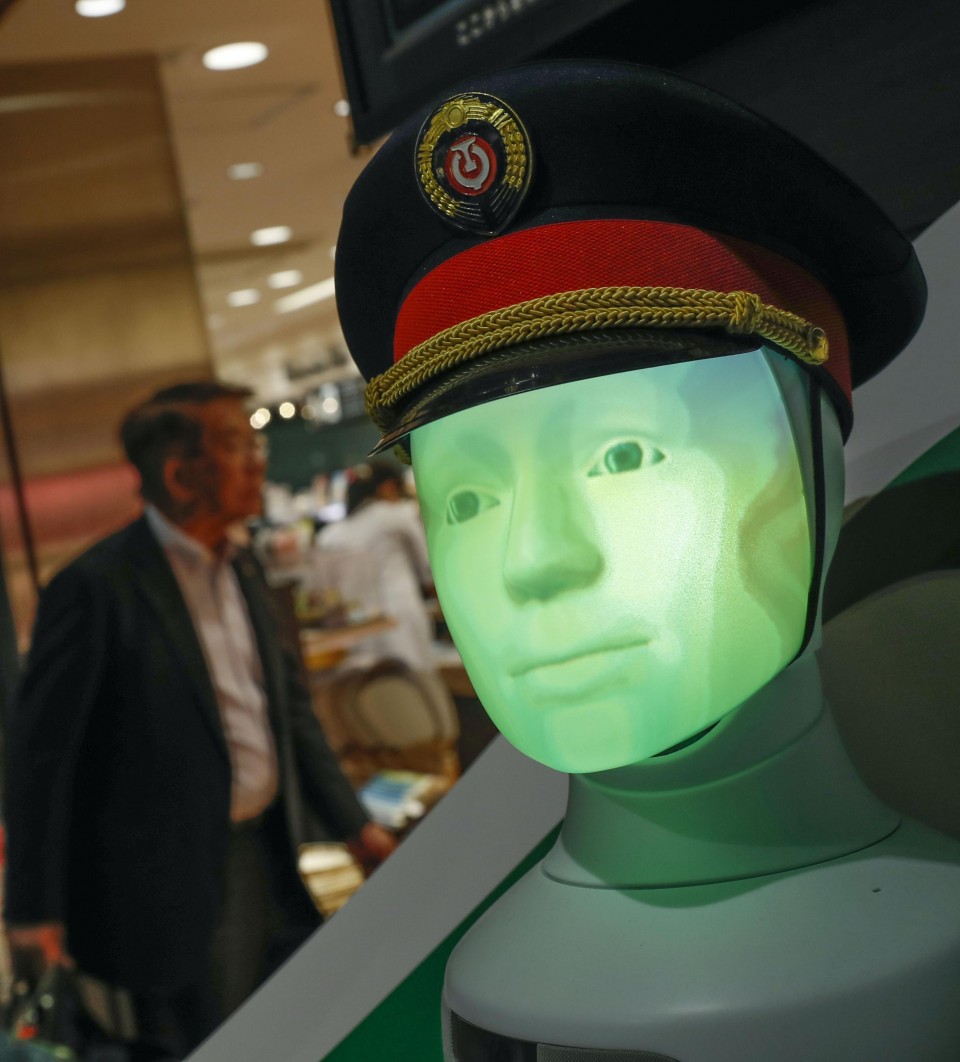 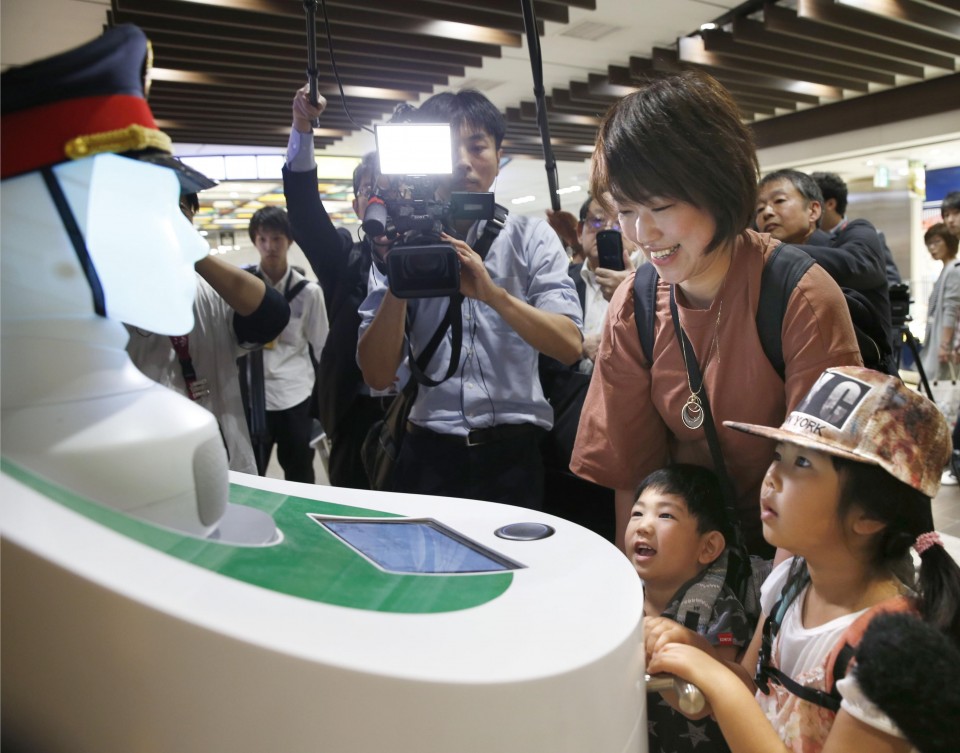