Yusuke Minagawa scored the 73rd-minute winner on Wednesday as Sanfrecce Hiroshima beat Keisuke Honda's Melbourne Victory 3-1 in the final group round of the Asian Champions League.

Honda, a longtime star with the Japan national team, confirmed Tuesday that the game would be his last for the Australian A-League club he joined last summer. 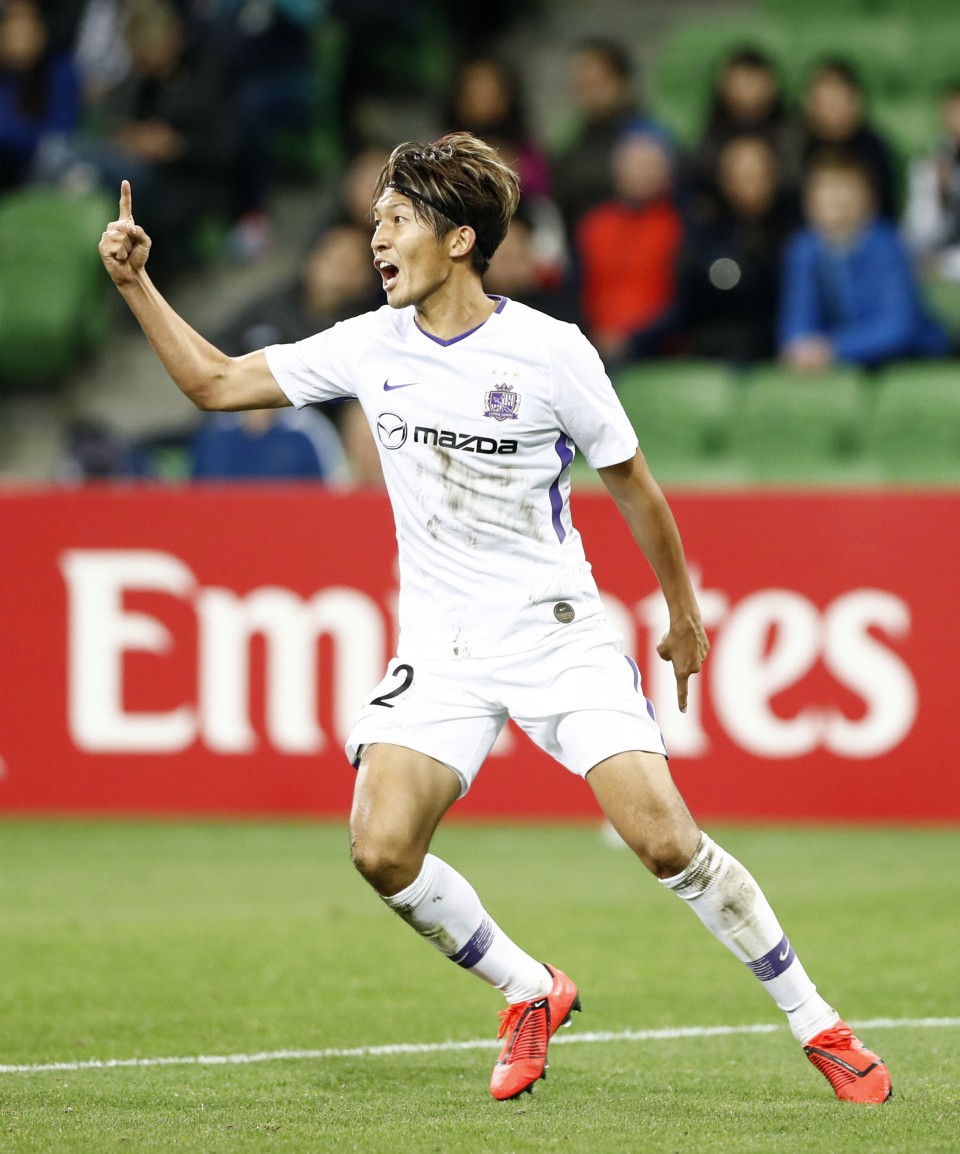 Sanfrecce, already guaranteed a spot in the ACL's round of 16 as Group F winners, were joined in the knockout stage by fellow J-League first-division side Kashima Antlers. The defending ACL champions finished runners-up in Group E after beating group winners Shandong Luneng of China 2-1 at home on Sho Ito's second-half brace.

In Melbourne, Sanfrecce opened the scoring in the fifth minute, when Taishi Matsumoto headed in from a corner. Hiroya Matsumoto missed his header from Tsukasa Morishima's corner kick, but Taishi Matsumoto's header found the mark to put the visitors in front in the early going.

The hosts equalized in the 70th minute when Ola Toivonen scored with a free kick from just outside the penalty area.

The deadlock did not last long, however, as Sanfrecce battered Victory with two goals in rapid succession. 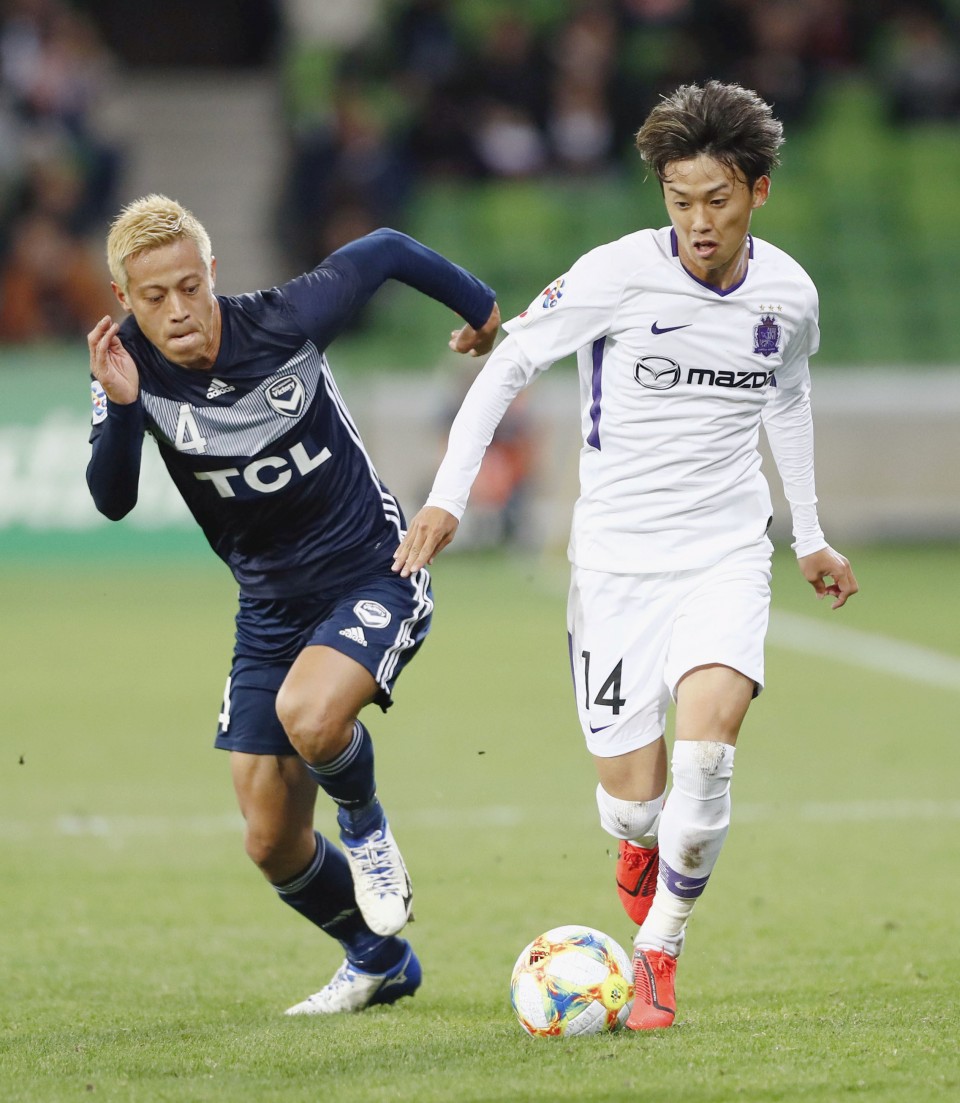 Gakuto Notsuda dispossessed a Victory defender in the 73rd minute and passed to Morishima on the right who flicked a cross back to the left for Minagawa to rifle in at the far post.

Japan's Urawa Reds had already advanced to the round of 16 as Group G runners-up on Tuesday.