Tokyo's Shibuya to ban drinking on streets during Halloween

Tokyo's busy Shibuya district has decided to ban drinking alcohol on some streets during the Halloween season, officials said Monday.

The prohibition applying to outdoor areas around Shibuya Station will be introduced possibly this fall following a number of incidents last year, including the overturning of a small truck that led to the arrests of several men in their 20s.

A total of more than 300,000 people, mostly aged from their late teens to their 30s, joined by both Japanese and foreigners clad in costumes, crowded around Shibuya's iconic scramble crossing on Halloween last Oct. 31 and the weekend prior, according to Tokyo police.

A panel was set up by Shibuya Ward to discuss what to do with escalating pranks in public spaces in the district, one of the capital's major entertainment areas, during the annual celebration, which started to become popular in Japan in the 2000s.

The panel is expected to issue an interim report on Wednesday. The ward plans to decide on penalties and submit a draft ordinance to assembly members, with the goal of realizing enforcement by this fall. 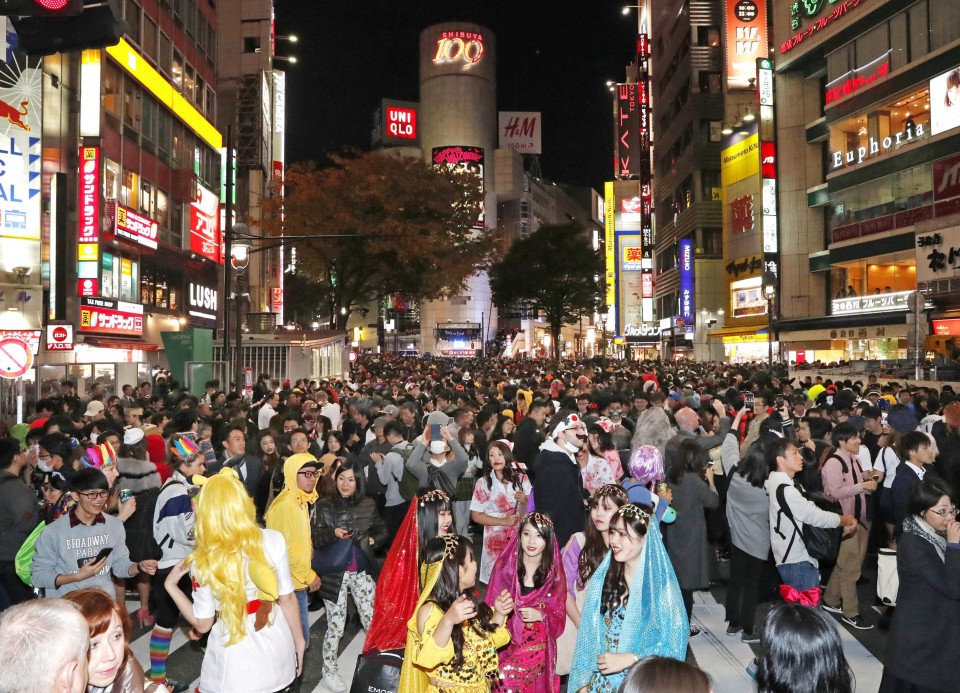