People across Japan celebrated Wednesday the enthronement of Emperor Naruhito and the start of Reiwa, the new imperial era, in an atmosphere notable for its stark contrast to the previous royal succession three decades ago.

A day after Emperor Naruhito's father, former Emperor Akihito, stepped down in the country's first abdication in two centuries, the cheery mood proved very different from that of past era changes that came after the death of the reigning emperor. 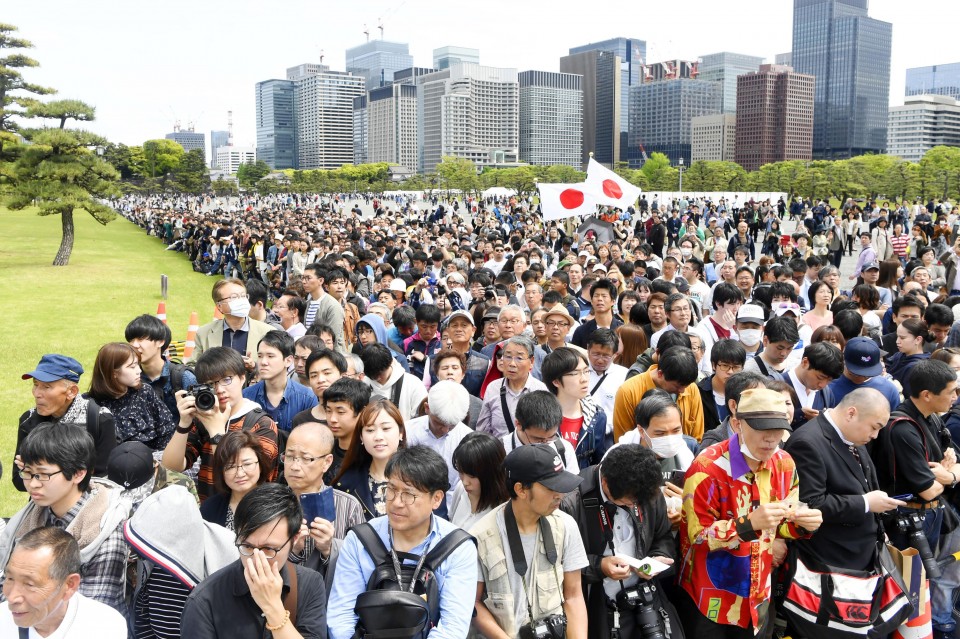 (People gather at a square facing the Imperial Palace in Tokyo on May 1, 2019, the first day of Reiwa, Japan's new imperial era.)

"It feels like a fresh start. I hope it will be a good era," said Yurie Kitajo, a 31-year-old nurse who was sightseeing at the Imperial Palace in Tokyo.

Many voiced the hope that Reiwa, translated by the government to mean "beautiful harmony," will be free of conflict for Japan, which adopted its pacifist Constitution following defeat in World War II.

"I hadn't really thought about it, but I guess I hope that Reiwa will be peaceful like the (preceding) era of Heisei was," said 13-year-old Haruto Suzuki, who was using the Golden Week holiday to visit Osaka's Universal Studios Japan with his family. 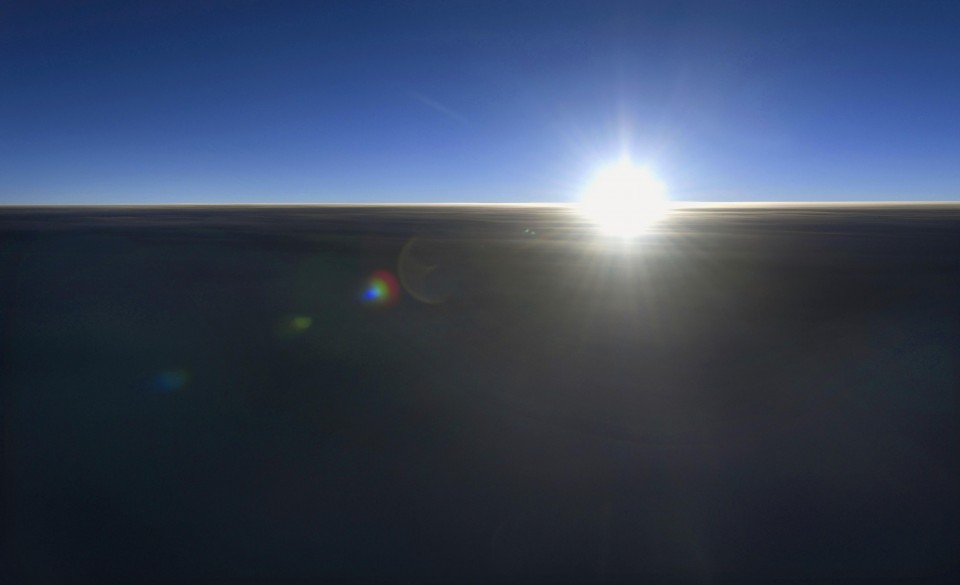 Akiko Yokota, a 40-year-old who was visiting Sapporo, echoed the sentiment, adding that she hopes Emperor Naruhito, like his father, will respect tradition while also putting "a lot of thought into what it means to be the emperor in the modern age."

At Mac's Carrot, a restaurant the new 59-year-old emperor frequented during his days at Tokyo's Gakushuin University, former proprietor Akito Tsuboi watched news of his accession on television.

Tsuboi recalled that then-Prince Naruhito always told him the food was delicious, and he even sometimes played the viola while at the restaurant. "I hope that the new era will be a reflection of his majesty, (who is) kind and considerate," the 70-year-old said. 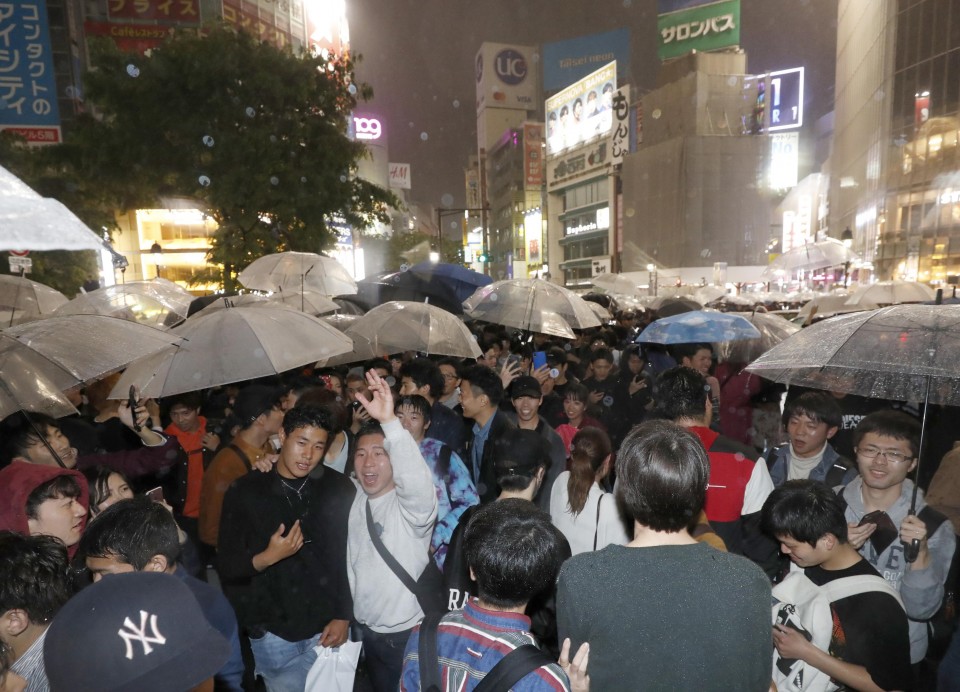 Contrary to the celebratory mood that swept much of the country, some were indifferent to the beginning of the new imperial era.

"It doesn't really interest me," said Yuki Saneyoshi, a 23-year-old who was at Tokyo Disneyland. "I'm just here because my boyfriend and I had the day off."

A 66-year-old day laborer in Tokyo, who asked not to be named, bemoaned the lack of work due to the annual holiday being extended to 10 days for the imperial succession.

"Reiwa? It's not like my life is going to get any better. You sure won't see me celebrating," the man said. 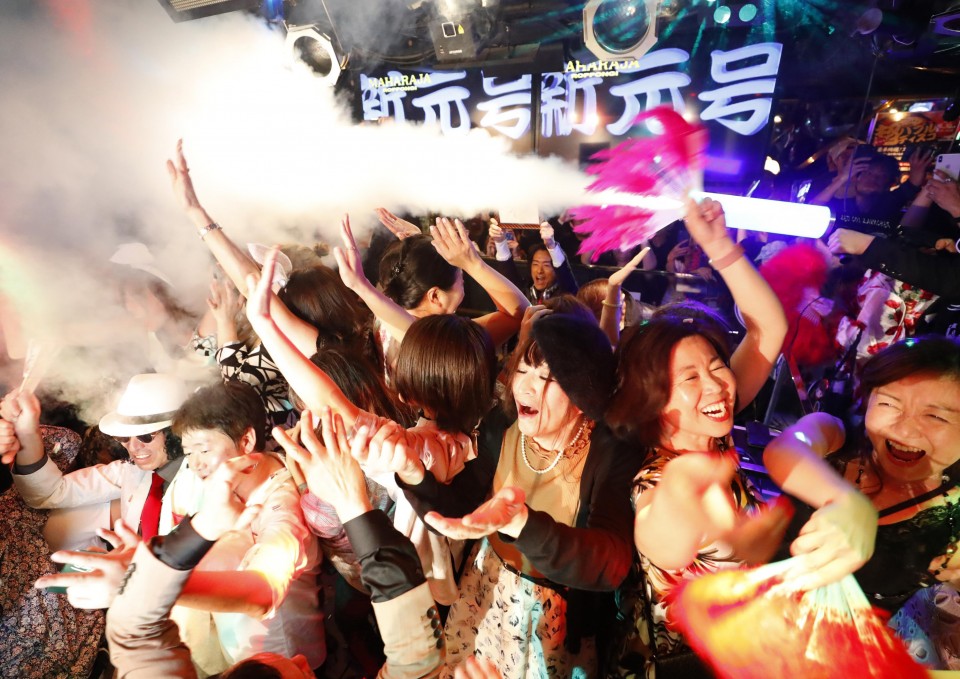 Still, it was a far cry from the beginning of Heisei in January 1989, when the death of Emperor Hirohito, Emperor Naruhito's grandfather, sent the country into a state of mourning, with many festivals being called off and TV stations canceling light-hearted programs.

"The previous era change was somber. It's so different this time," said Tomiyo Sakai, a 69-year-old shopkeeper in Fukuoka's busy Tenjin shopping area.

Sakai's shoe store took advantage of the holiday to hold a commemorative sale. "Personally, I prefer it like this," Sakai said as she rushed around serving customers.

Police tightened security around Emperor Naruhito's residence at the Akasaka Estate and the Imperial Palace, where the new emperor made his first address since ascending the throne, mobilizing thousands of officers.

But there was much less turmoil than at the previous succession, which saw large protests against the imperial family and extremists firing mortar shells at the palace.

The address, in which he pledged to "bear in mind the path trodden by past emperors" while "always turning (his) thoughts to the people and standing with them," received a widely positive reaction from the public.

"You can tell what a warm and caring person he is," said Yuta Kikuchi, a 21-year-old student at Hokusho University in Hokkaido. "He would become even more relatable if he made more appearances in the media."

Hitomi Hirose, a 40-year-old well-wisher at the palace, said she hopes the emperor will make frequent trips around the country as his father had done to console victims of natural disasters.

In the city of Miyako in the northeastern prefecture of Iwate, devastated in the 2011 earthquake and tsunami, 30-year-old housewife Nana Yokoo, who lost a classmate in the disaster, said she hopes the new era will be "peaceful and filled with laughter."