In navigating their way into and through Japan's at times complex and confusing society, a group of Filipino international students established a road map for those that might choose to follow their path, and now they want to spread the word.

Through their activities at school and elsewhere, in connection with a nonprofit group, the students formulated their plan to tackle a plethora of uniquely Japanese challenges.

And their efforts have come at just the right time, as the country's shifting demographics, aging populace, and declining birthrate have led to a shift in Japan's traditionally strict stance on immigration.

Filipinos Paolo Punzalan, 17, Akane Aragon, 18, and Juria Sone, 18, participated in the "One World" program -- a forum at the part-time Hitotsubashi High School in Tokyo -- that engages foreign and Japanese students in intercultural projects and workshops.

The high school runs it jointly with kuriya, a nonprofit organization, and college researchers.

"We felt there was a real need for community building within the school, so as a form of after-school activity, together with the high school teachers, college researchers and our nonprofit organization, we developed the program," kuriya founder Shuko Ebihara, 37, said in a recent interview with Kyodo News. 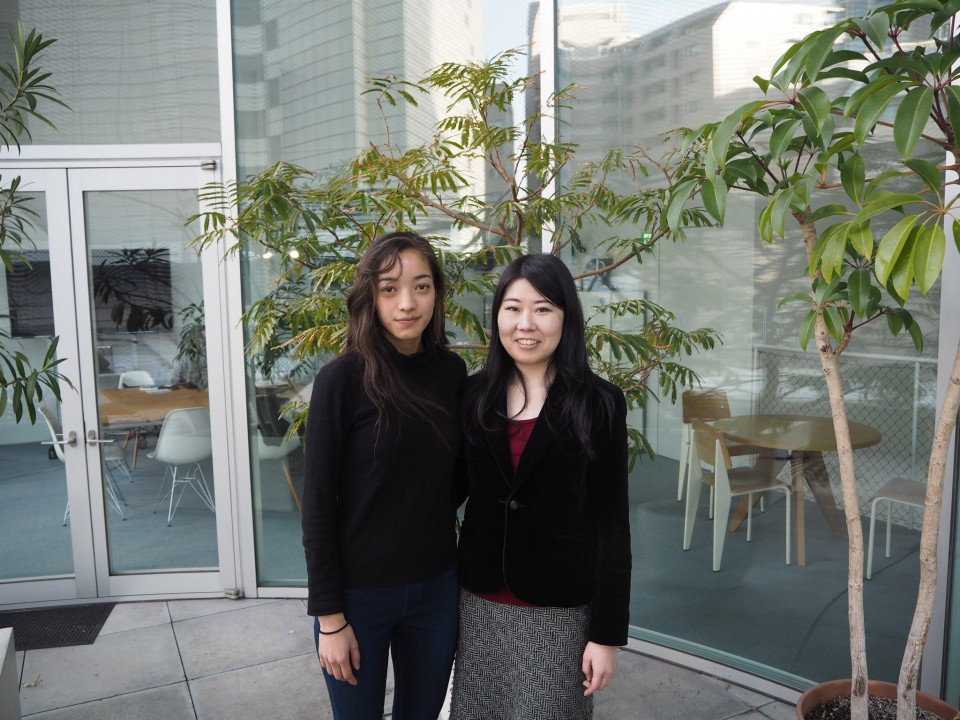 The program aims to combat the high dropout rate among international students who are struggling with feelings of isolation, she said. The school makes available half-day courses featuring Japanese lessons and regular classes with Japanese students.

Along with One World, the trio, who each have attended the high school where about one in eight of students are foreign, also participate in an outside internship program where they can learn life skills, earn a small amount of "scholarship money," and meet people from different walks of life and various cultures.

Recently, the trio worked together for three months on a slide presentation in which they came up with ways to resolve four problems: learning Japanese, making Japanese friends, finding a part-time job and planning for the future.

They plan to use their presentation as a guide for other international students who arrive in Japan.

"It's important to have a medium that shows what's necessary to survive in Japanese society which is understandable by foreigners," Ebihara said.

"How do we tackle issues so we can get a result? It is difficult to learn about getting scholarships, for example, but after learning about them it can be something that can be passed on to the enrolling foreign students," she said.

In summarizing the solutions to the four problems, Punzalan said in his presentation, delivered entirely in Japanese, "Whether we are talking about studying Japanese, making friends, getting a part-time job or determining our future path it all boils down to taking responsibility for ourselves. It's our life."

Added Aragon, "We are in a foreign country, so it isn't easy, but facing the challenge is what is important."

For example, in the presentation, Punzalan talked about studying more than 10 Japanese kanji characters a day and aiming for the N2 level in the Japanese Language Proficiency exam this year.

"Unless you know how to read and write Japanese it will be difficult to map out a future here," said Punzalan, who arrived in Japan two years ago with his family.

By proactively speaking with Japanese students -- even in a limited capacity -- with similar hobbies, actively taking part in Japanese classes and joining after-school clubs, friendships can blossom, said Punzalan, who this year was named the captain of the school basketball team.

In Punzalan's case, he said even though he wishes to attend university after graduating next year, for the time being at least, because of his family's financial situation, he has no choice but to work. He needs to change his residence status by obtaining a visa under the new system launched in April that puts no limits on him working full-time.

Aragon, who arrived in Japan in 2016 and is still struggling to learn the language, said she plans to eventually look for a job so she can remain in the country after graduating high school "to make a life here."

Sone, who came to Japan with her family five years ago and enrolled in college in April, said that while the presentation is "a good start" it needs to address more issues international students face. "But, all in all, I think that what we have made will serve as a reminder, comfort and help for the next batch of youth or adult immigrants," she said.

"What impressed me was how they clearly articulated the need to not only learn Japanese but make friends, build a community, a career, a life...Now we are thinking about how we can distribute the presentation in orientations to the newly enrolling international high school students," Ebihara said.

According to data provided by Tokyo's 23 wards, on the back of a recent rise in international students and foreign technical interns, nearly one in eight adults who came of age by April 1 were foreign-born. Particularly in the bustling Shinjuku Ward, almost half of those who turned 20 were foreigners. 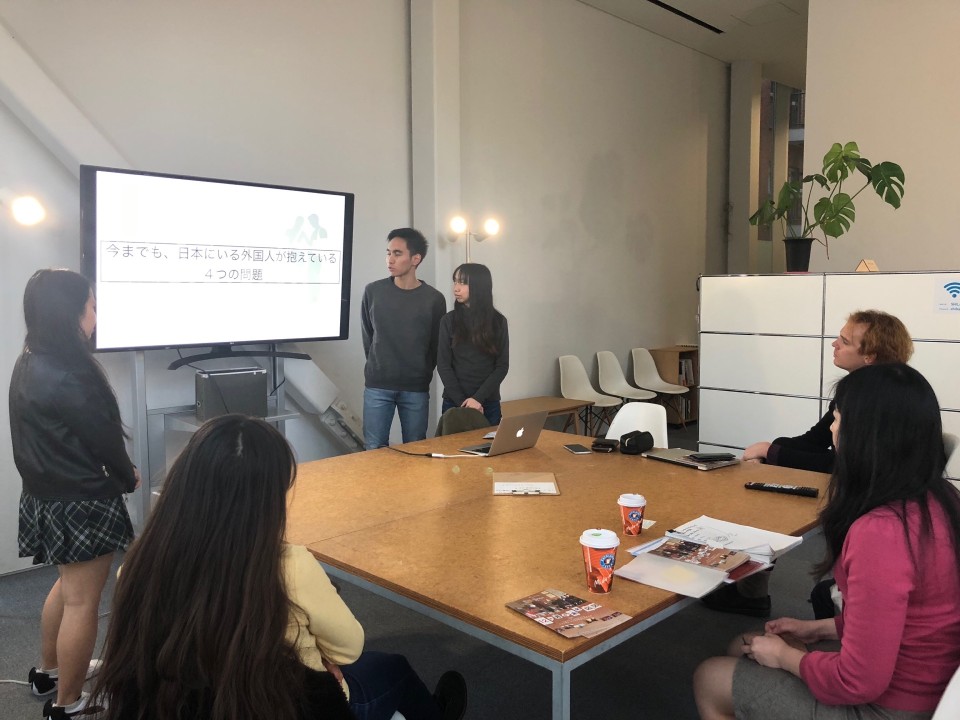 A fiscal 2016 survey conducted by the education ministry on the situation for international students requiring Japanese language instruction found a 17.6 percent jump in those needing assistance to 34,335, up 5,137 from the previous study.

Ebihara said, due in part to policy advocacy by the three Filipino youths, the education ministry researched dropout rates of international students, finding it stood at 9.61 percent in the 2017 academic year -- more than seven times the national average of 1.27 percent for public high school students in the 2016 year.

Following the education ministry's report on high school dropout rates -- which also revealed that foreigners who did graduate are nine times as likely to work part-time jobs -- kuriya proposed a comprehensive network be created inside and outside of schools to better support international students.

As a result, the education ministry has set aside a budget of 100 million yen ($897,000) in cooperation with local companies and NPOs to provide career advice for international high school students.

"One World had a great impact on the students, especially immigrant students," said Tsukuba University Assistant Professor Tomoko Tokunaga. She added, "Though part-time high schools have high dropout rates, most students who were involved in the club's activities graduated from high school, some secured regular employment and a few entered university." 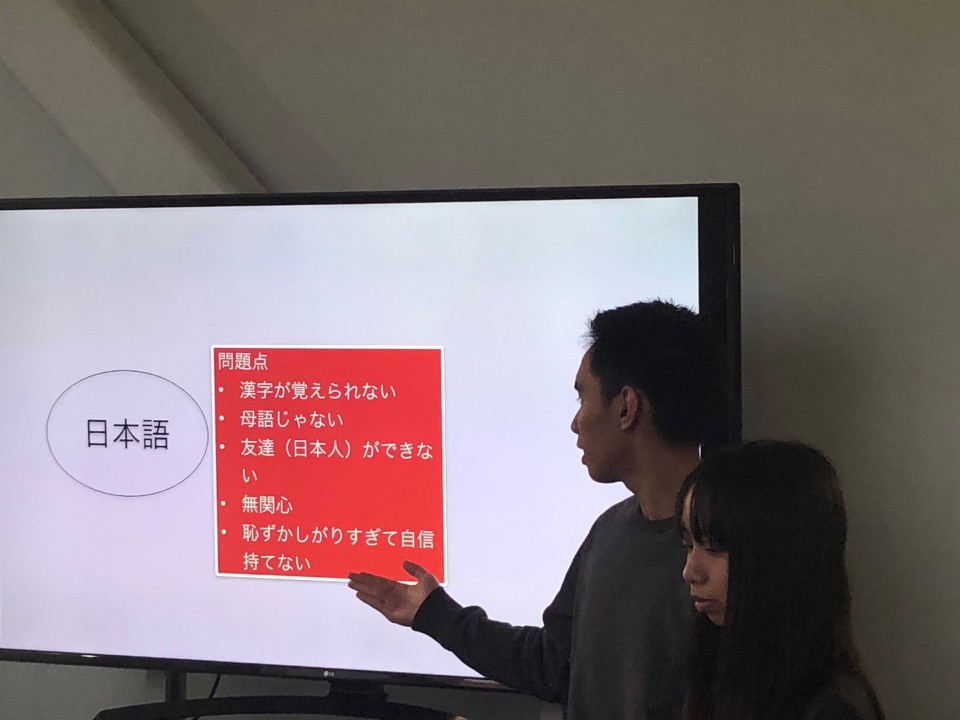 Kuriya also organizes one-time workshops in art, photography, video making, among other media, in a program that has seen 300 foreign youth participants, including some from the Philippines, Nepal, China, Myanmar, Brazil and Japan, over 10 years.

Sameeka Sherchan, 21, an aspiring writer from Nepal who arrived in the country with her mother and sister when she was 15, got involved in the internship programs two years ago.

"I started to write about the people I met in (the activities). I then realized I was capable of doing something myself. Doing something I enjoy," Sherchan said. "When I wrote about them it was like writing about the future of the youth in Japan."

The Filipino trio has begun to tap into their latent potential, which includes their multiple language abilities, in a country like Japan increasingly dependent on foreigners to sustain it into the future. They have found strength in their cultural diversity.

"The activities have become a source of empowerment for students who are isolated to encourage and enliven each other," said Hitotsubashi High School teacher Hitoshi Tsunoda. "Through their exchanges with college students and others, while using English, Japanese and other languages, it opens a path to their future."