The Japanese and Russian foreign ministers agreed Friday to move forward with specific plans to conduct joint economic activities on a group of islands at the center of a longstanding territorial dispute.

However, the two ministers made little progress during their talks in Moscow in negotiations to sign a postwar peace treaty that has been prevented by the territorial spat.

Japanese Foreign Minister Taro Kono said at a joint press briefing after the meeting that he held "frank discussions" with his Russian counterpart Sergey Lavrov, admitting that the talks became "heated at times."

The two countries have been unable to conclude a peace treaty more than 70 years since the end of World War II due to a dispute over the sovereignty of four Russian-held islands off the coast of Hokkaido.

The islands, called the Northern Territories in Japan and the Southern Kurils in Russia, were seized by the Soviet Union following Japan's surrender in 1945. Tokyo asserts the seizure was illegal, while Moscow maintains it was a legitimate result of the war. 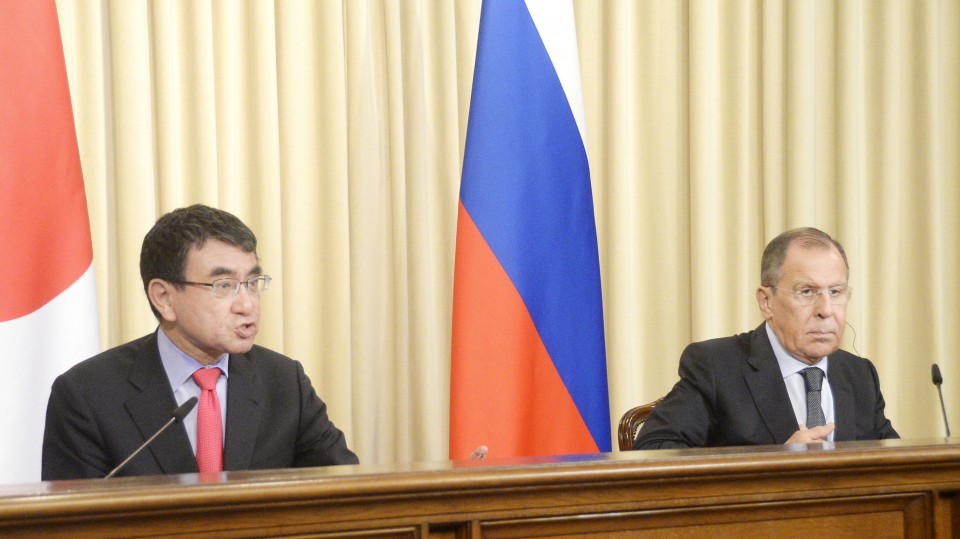 Japan must accept all outcomes of the war if the countries are to pursue a peace treaty, Lavrov said at the press briefing.

"I can't say we managed to overcome differences" during the talks, Kono said.

Japanese Prime Minister Shinzo Abe had been aiming for a broad agreement securing the return of the smaller two of the islands -- Shikotan and the Habomai islet group rather than all four -- when he meets with Russian President Vladimir Putin in June on the sidelines of the Group of 20 summit in Osaka.

But with Russia appearing unwilling to budge on the islands, the talks are likely to drag on for some time. The negotiations will be "long and require patience," Lavrov said.

The foreign ministers agreed that working-level talks would take place in Moscow on May 20 and 21 to work out the legal aspects of proposed joint economic activities focusing on aquaculture, greenhouse farming, tourism, wind power, and waste reduction.

The countries had agreed in December 2016 to pursue the programs -- Abe saw it as a trust-building measure while Putin hoped to draw investment into Russia's underdeveloped Far East -- but so far none have been realized. 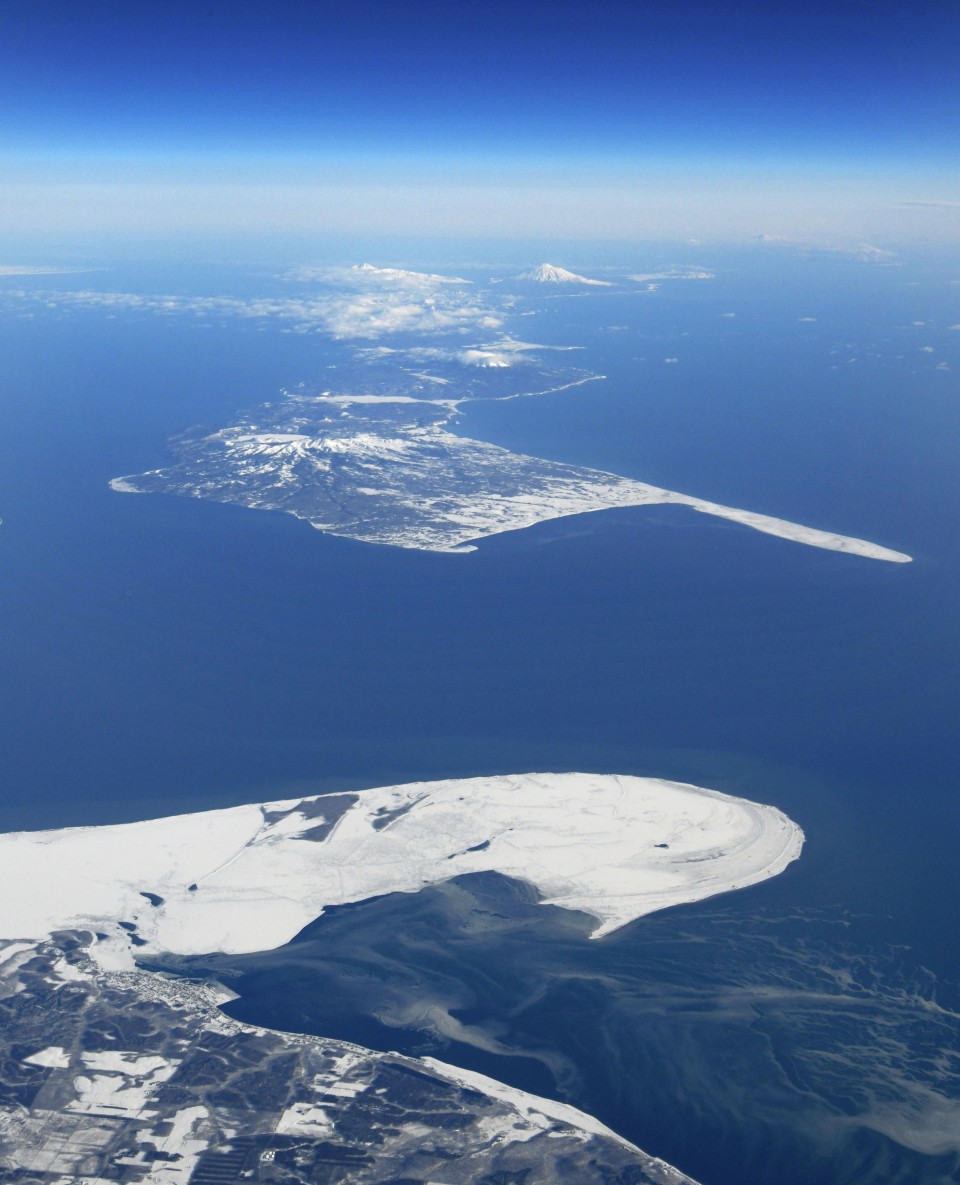 (Russian-held islands off the coast of Hokkaido)

Japan is hoping that the Japanese and Russian sides working together for the joint activities on the disputed islands will help lay the groundwork for a peace treaty, a senior Japanese Foreign Minister official said.

Visa-free travel between Japan's northernmost main island of Hokkaido and Sakhalin in the Russian Far East will also be discussed in the working-level talks.

The foreign ministers agreed to meet again in Tokyo on May 30 along with their respective defense ministers to exchange views on security issues.