Taiwan's military held a large-scale exercise in the southern part of the island Thursday simulating an attempted amphibious landing by Chinese forces.

The drill, in Hengchun Peninsula of Pingtung County, forms part of the annual Han Kuang (Han Glory) military exercises and was open to the media.

"The best way to ensure peace is to build a military that can fight," Yen said. "Only when we are strong and determined can we stop our enemy from taking reckless actions."

Yen said Thursday's landing exercise showed that the Taiwanese military is professional, capable of fighting a war and not afraid to fight if it has to. 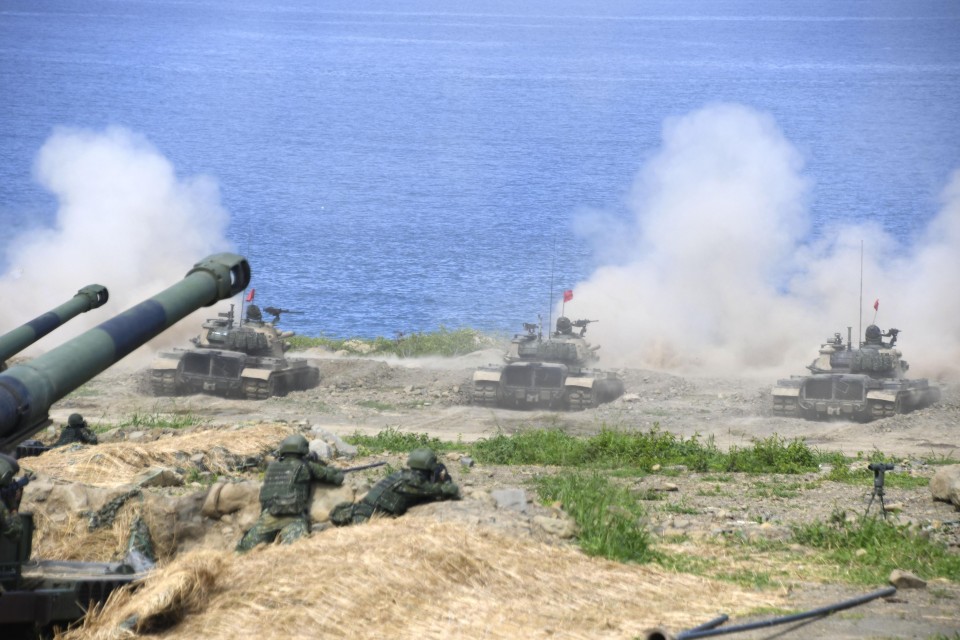 The Chinese Communist Party, he said, continues to expand the country's armed forces and has not abandoned armed aggression against Taiwan, which it views as a renegade province.

It also is attempting to undermine regional stability and security in the Taiwan Strait through frequent long-distance training exercises, including sending fighter jets beyond the midline above the strait, he added.

The live-fire phase of this year's Han Kuang exercises, aimed at testing the military's response to a hypothetical Chinese attack on Taiwan, kicked off on Monday and will end Friday.

Taiwan and China have been governed separately since a civil war divided them in 1949. Since then, Beijing has regarded Taiwan as a renegade province awaiting reunification, by force if necessary.