Taiwan President Tsai Ing-wen on Thursday kicked off construction of a facility to build the island's first indigenous submarine.

Speaking at the ground-breaking ceremony in the southern port city of Kaohsiung, Tsai stressed the importance of underwater vessels in Taiwan's defense strategy.

"Submarines not only can build up our asymmetrical power, but also will more effectively deter patrols of the enemy ships," she said, referring to China's increasing military patrols around the island.

The shipyard, being built in the city's harbor by CSBC Corp., will likely take one year to build. The facility is being constructed inside a building as a measure against satellite photography.

CSBC in December 2016 won the contract to design the vessel.

Mike Chou, executive vice president and director of CSBC's submarine development center, revealed that the prototype will be about 70 meters long, 8 meters wide and 18 meters high. It will be in the class of 2,500 tons to 3,000 tons. 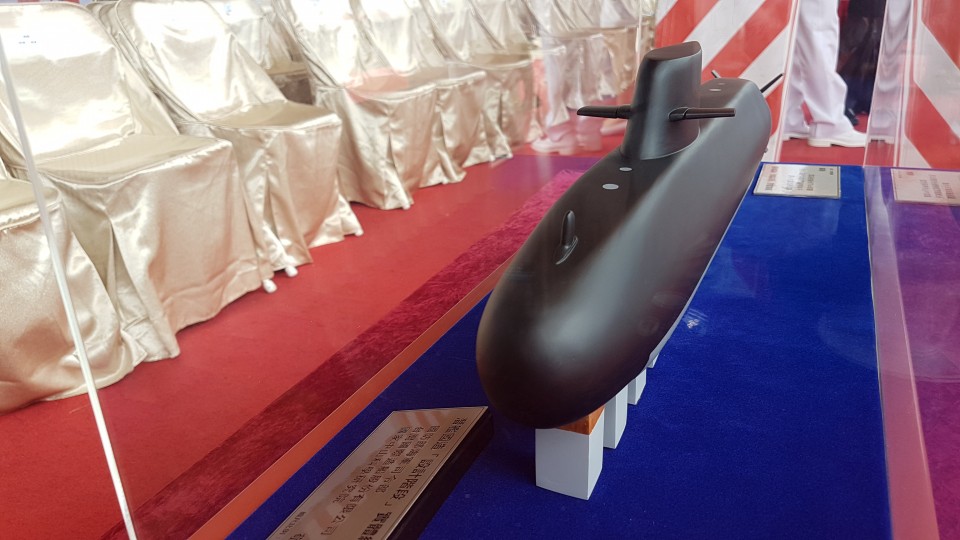 Chou estimated that the vessel will cost NT$49.3 billion (US$15.9 billion) and take about five years to build, with completion slated for the third quarter of 2024.

As testing is estimated to take a further 18 months, the vessel should be ready for handover to the navy late in the fourth quarter of 2025, he said.

The navy has said it hopes to see the completion of a prototype of the vessel by 2024 and commissioning it by 2025.

If all goes well, Chou said there will be seven more to come.

Taiwan currently has two World War II-era submarines acquired from the United States for training, and two other Dutch-built diesel submarines, acquired in the 1980s.

However, Tsai said the Netherlands declined to sell Taiwan more submarines due to pressure from archrival China.

"Building submarines at home is the only way out," Tsai said.

The United States agreed in 2001 to sell eight submarines to Taiwan, but it no longer builds non-nuclear-powered vessels, and countries capable of building conventional submarines have hesitated to provide them to Taiwan, fearing political consequences from China.

Since Tsai took office in May 2016, she has been pushing a "design and build at home" policy for military airplanes, vessels and submarines.

The indigenous submarine project was launched in 2017 and made a major breakthrough last year when the U.S. State Department approved the issuance of marketing licenses allowing manufacturers to sell submarine technology to Taiwan.