Two preschoolers were killed and nearly a dozen others injured Wednesday after a car involved in a collision with another vehicle rammed into the toddlers who were out on a walk with their teachers in the western Japan city of Otsu, police said.

Of the 13 preschoolers hit by the car, a 2-year-old boy and girl were confirmed dead after being taken to a hospital. The remaining children, aged 2 or 3, all sustained injuries, including a 2-year-old boy who was unconscious and a 3-year-old girl who was seriously injured.

Their nursery school teachers -- three women aged between 27 and 47 -- were also injured. 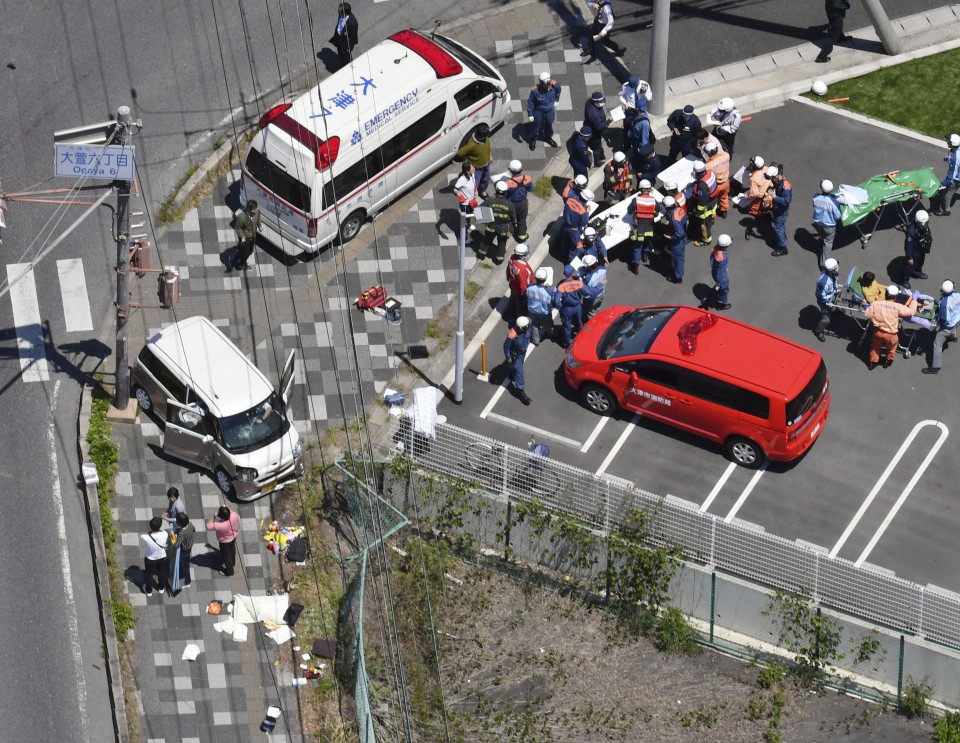 Fumiko Shintate, 52, and Michiko Shimoyama, 62, the drivers of the two vehicles that collided at a crossing at around 10:15 a.m., were arrested at the scene on suspicion of negligent driving resulting in injury.

Shintate was allegedly trying to make a right turn and hit Shimoyama's car, which was coming from the opposite direction. Shimoyama's car then slammed into the children who were waiting with the three teachers for the crosswalk signal to change.

Both women were uninjured and have admitted to causing the accident. They were on their way home from shopping and have insisted that the traffic light was green, according to the police.

"I wasn't paying enough attention to the front," Shintate was quoted as saying. Shimoyama, meanwhile, has told the police she "cut to the left to avoid the car" that turned right, but she apparently reacted too late.

No skid marks were found at the scene. The police released Shimoyama later in the day, apparently judging her responsibility in the accident to be less than that of Shintate.

The crossing where the cars crashed is 200 meters away from the preschool, Leimond-Oumi Nursery School, which has a capacity of 70 children up to 5 years old.

"We're very shocked and deeply saddened by such a tragic accident. If we think about the children who died, it's extremely regrettable," the operator of the nursery school said in a statement. 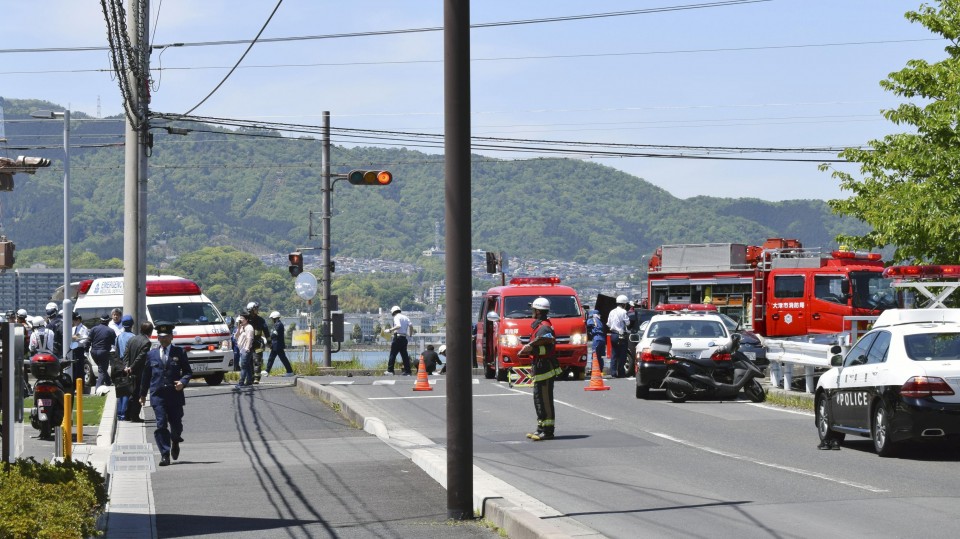 Hiromi Wakamatsu, the head of the school, recalled during an emotional press conference later in the day that the two children who died -- Gaku Ito, a boy, and Yui Harada, a girl -- were sweet and always smiling.

Another official, Kazunaga Aoki, said the school will refrain from taking the children out for a walk for the time being. "We will reaffirm the safety of our walking course," he said.

According to local residents, preschoolers and their teachers are frequently seen taking a walk in the area, which is near Lake Biwa. Traffic is often heavy on the road there, they said. 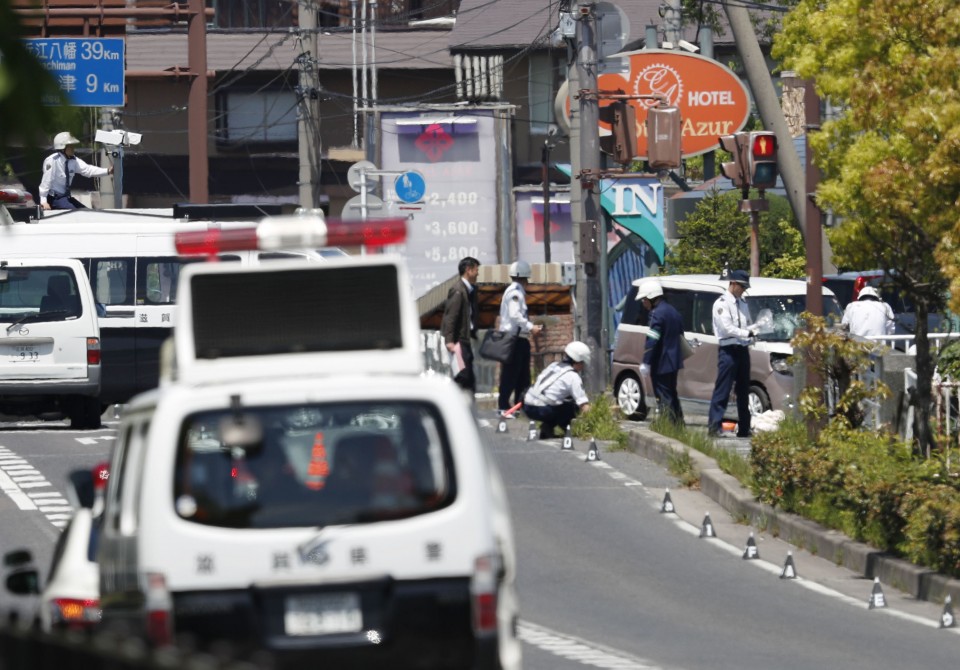 A 49-year-old woman who came to pick up her 3-year-old grandchild at the school said she was worried when she heard the news of the accident.

"The school has been careful about safety during the outing, I wonder why such a thing happened," she said.

Police were notified of the accident by a passer-by who made an emergency call that a car had struck the children.

Children and teachers were heard screaming and crying following the accident, while water bottles and shoes were scattered on the road.

"It was a terrible situation I've never seen before," said a man in his 30s. He said he rushed toward a boy who was bleeding from the head, but the child was unresponsive.

A 67-year-old housewife living in Otsu said she saw a child trapped in a broken fence and others losing consciousness. A nursery school staffer was sitting on the ground, wearing only one shoe and calling out the name of a child.

A stand was set up at the crossing by the school and people were seen offering flowers and other items to mourn for the children.