A circular swing set in Kitakyushu, southwestern Japan, measuring 163 meters around was recognized Saturday as the longest in the world.

The 100-seat swing set in Hibikinada Green Park was awarded the Guinness World Record after a commemorative event in which children were invited to give it a test run.

"It's like a dream, having this many swings to play on," said 12-year-old Keisuke Hara.

The city government spent roughly 120 million yen ($1 million) to build the giant structure at a time when older swing sets that no longer meet safety standards are being taken down throughout Japan.

"There was a lot of demand for new swings from parents of small children," said an official.

The previous record holder was a 133-meter-long swing set in the Netherlands that was recognized in 1998. 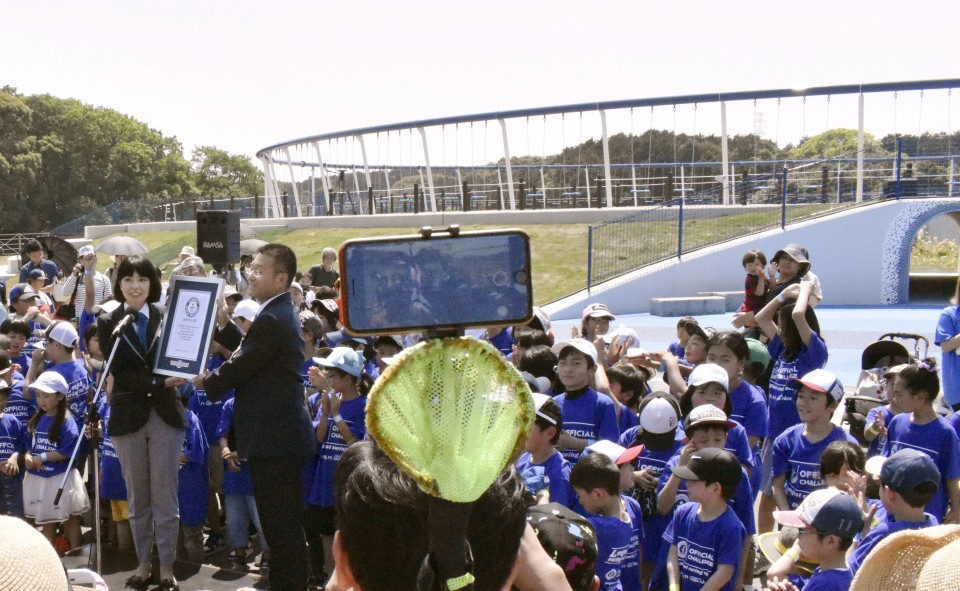