New emperor to remain close to the people in changing society

As Emperor Naruhito acceded to the Chrysanthemum Throne on Wednesday he is widely expected to continue in his father's footsteps by staying close to the people as he observes ongoing changes in society.

Former Emperor Akihito, 85, who abdicated Tuesday as the first Japanese monarch to do so in about 200 years, was known for his aspiration for peace and efforts to comfort the vulnerable in Japan, such as those affected by disasters.

The new emperor's parents -- former Emperor Akihito and 84-year-old former Empress Michiko -- often visited shelters to meet disaster evacuees and knelt down to talk with them. They also made numerous trips both at home and abroad to pay tribute to the war dead.

Commentators on the Japanese imperial system believe Emperor Naruhito, 59, will basically continue the so-called Heisei style of closely interacting with people established by his parents during the former emperor's 30-year reign, with the monarch playing the constitutional role of symbol of the state without political power.

By reaching out to the disadvantaged in Japanese society, the former emperor and empress gained public support for the imperial household, according to Hideya Kawanishi, an associate professor of Japanese history at Nagoya University.

"It's unlikely that the new emperor will go backward," Kawanishi said, adding the former emperor's pacifist stance also proved popular and will be maintained by his elder son.

"In a basic sense, there's not going to be any dramatic changes. He's going to continue to operate as a people's emperor under this Constitution of popular sovereignty," said Kenneth Ruoff, a professor of modern Japanese history at Portland State University.

But Ruoff said, "He's not going to be a carbon copy of his father. He's going to take an interest in new issues as they emerge."

Emperor Naruhito himself said in a press conference to mark his birthday last year, "I think...what people expect in official duties will change according to social changes and it would be important to respond to new demands."

The former emperor has also expressed hope that his successors will build on what he has achieved.

Some of the possible shifts may concern how the emperor commemorates the war dead as well as the current imperial system that allows only male heirs to ascend the throne, experts say.

"Since the new emperor has not experienced war, I don't think he will perform the same way as his predecessor in mourning and paying tribute to the war dead," said Masayasu Hosaka, a nonfiction writer who has written many books on modern Japanese history. 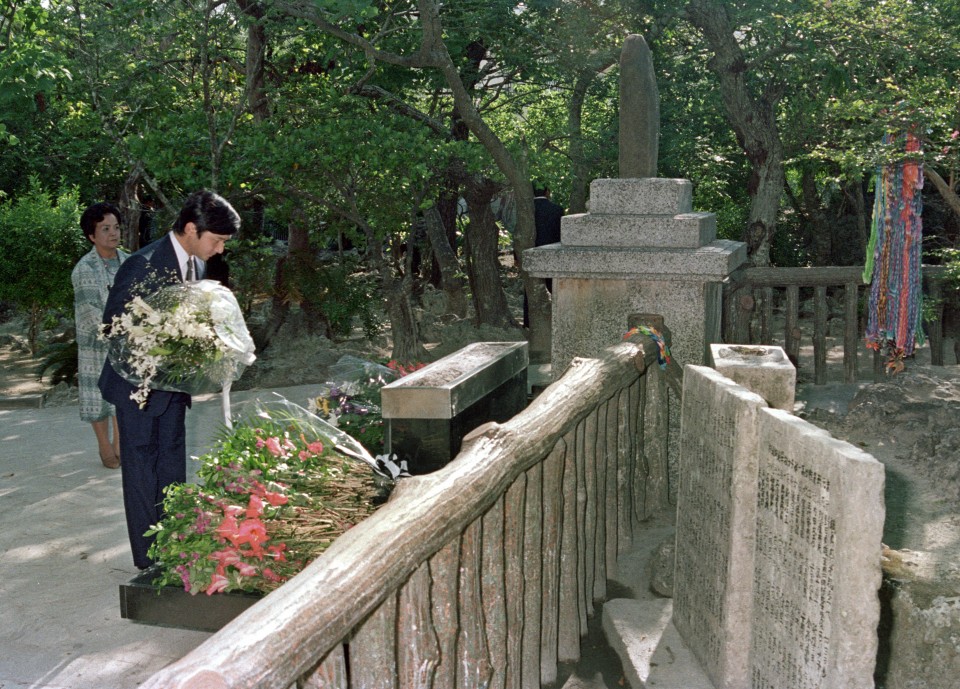 The first speech by Emperor Naruhito on this topic will be important as it should provide clues to understanding his views, Hosaka added.

Ruoff said it is uncertain whether Emperor Naruhito could play a role in healing the wounds of World War II as enthusiastically as the former emperor, since more and more Japanese people, including himself, do not have firsthand experience of war. Even if he tried to do so, many Japanese may not be interested in his behavior, he said.

The war was fought in the name of Emperor Naruhito's grandfather, Emperor Hirohito. As a boy, former Emperor Akihito took refuge outside Tokyo during the war and was 11 when it ended. He later recalled feeling shocked at the sight of the capital that was laid waste by U.S. air raids.

As for the succession issue, the 1947 Imperial House Law stipulates that only males born in the male lineage of the imperial family can ascend the throne.

But how to ensure a stable succession could prove difficult because there are only three male heirs - Emperor Naruhito's younger brother Crown Prince Fumihito, 53, his son Prince Hisahito, 12, and Prince Hitachi, the 83-year-old uncle of the emperor.

When Japan's parliament enacted a law in 2017 to allow Emperor Akihito to abdicate, it adopted a nonbinding resolution requesting the government to consider how to achieve a stable imperial succession, although it lacked any deadline for the outcome.

"The system does not fit a society where gender equality is being pursued," said Kawanishi, adding that securing a number of imperial family members is also required to maintain the increase in official duties. The size of the imperial family has been shrinking as women lose their status after marrying commoners. 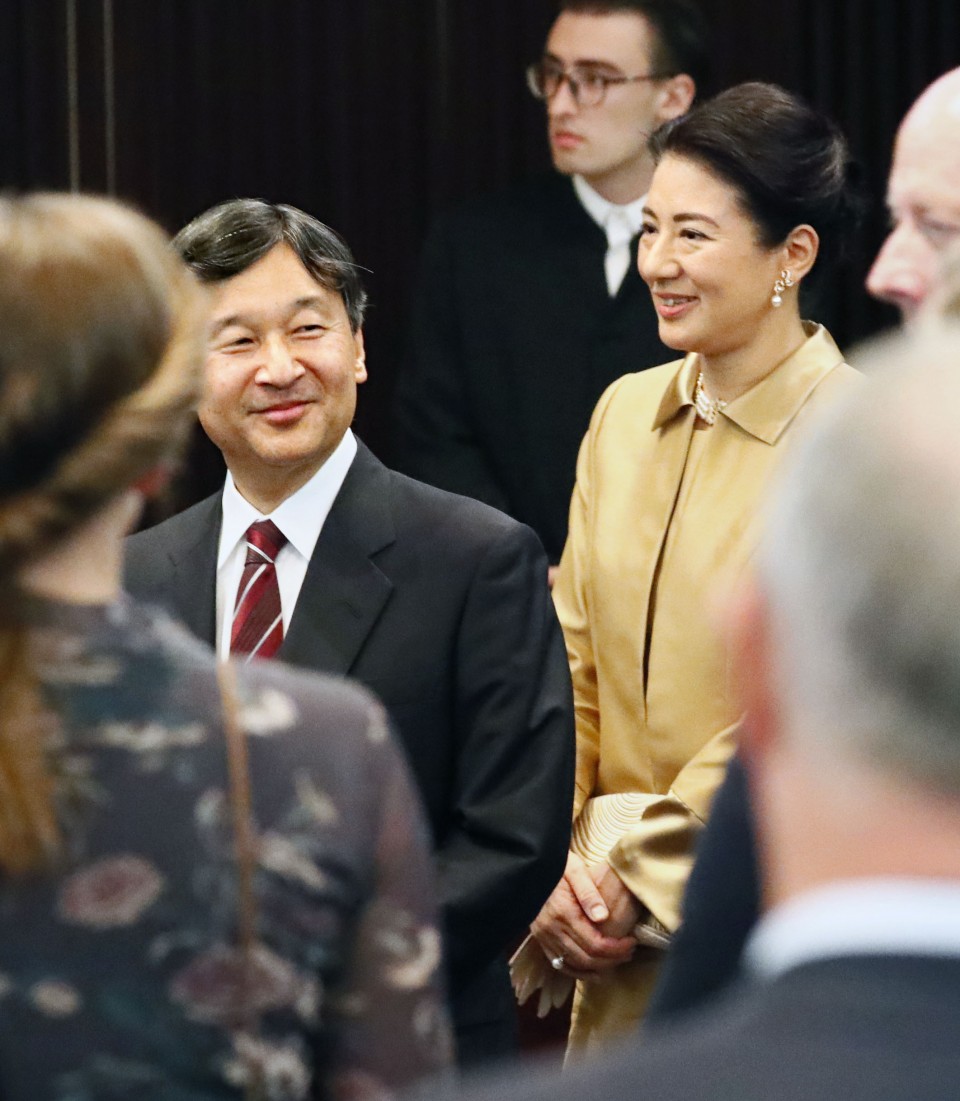 (The imperial couple attends a reception in Tokyo on Oct. 12, 2017, to celebrate the 150th anniversary of diplomatic ties between Japan and Denmark.)

Should Japan have a future empress on the throne, former Empress Michiko, the first commoner to have wed an heir to the imperial throne, would be regarded as "having laid the ground," according to Ruoff.

Referring to her first solo trip to Switzerland in 2002 to give a speech at a congress of the International Board on Books for Young People, Ruoff said anybody who saw that would ask "Why can't a woman be a national symbol?"

New Empress Masako, 55, a Harvard- and Oxford-educated former diplomat, is expected to leverage her international experience in tackling her duties as she recovers from a stress-related illness.

"She could become an advocate for mental health," Ruoff said. "There's a lot of taboos in Japan around mental health issues...she can make a big difference." The American professor added, however, her own desires should be most respected.

He also said Crown Princess Kiko, 52, could give a supportive push to female professionals, as she has backed a program by a Japanese academic organization that helps female researchers to restart their careers after childbirth or childcare.