The report from the Korean Central News Agency came a day after South Korea's military said the North fired a number of short-range "projectiles" up to 200 kilometers off its east coast Saturday morning.

Pictures of missiles flying vertically with flames shooting out of their tails were also released by North Korea's official media. Some U.S. and South Korean military experts say the North may have conducted ballistic missile launches, which are prohibited by U.N. Security Council resolutions.

With denuclearization negotiations at a standstill in the wake of the collapse of their second summit in late February, tensions between Washington and Pyongyang could escalate further. 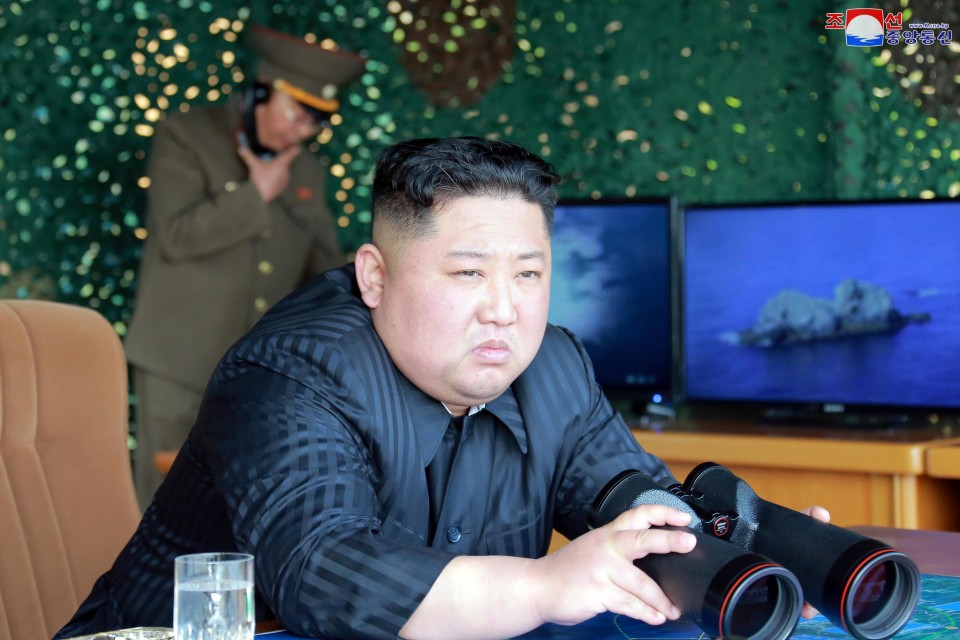 A South Korean university professor said he considers "tactical guided weapons" to be "short-range surface-to-surface ballistic missiles." They are believed to be incapable of reaching the United States and Japan.

Later Sunday, the South Korean Defense Ministry said that the short-range missiles are a "new type" of rocket, but did not mention whether they are ballistic missiles.

After the firing, Kim "stressed the need for all the service members to keep high alert posture and more dynamically wage the drive to increase the combat ability so as to defend the political sovereignty and economic self-sustenance of the country," KCNA added.

North Korea launched the projectiles over a period between 9:06 a.m. and 9:27 a.m. from an area around the Hodo Peninsula, near Wonsan, and they traveled between 70 and 200 km to the northeast before falling into the sea, South Korea said.

Seoul has expressed concern that Pyongyang's latest launches violate an inter-Korean military agreement signed last September, in which the two countries pledged to halt all types of provocations to ease military tensions on the Korean Peninsula. 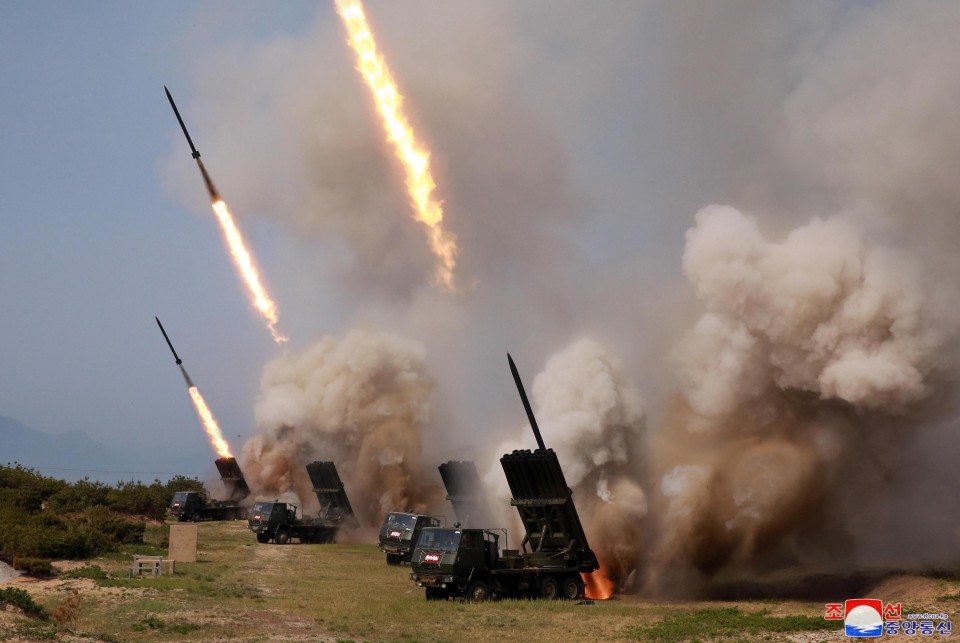 The projectile launches by North Korea were also conducted about two months after Kim and U.S. President Donald Trump fell short of a deal at their Feb. 27-28 summit in Hanoi over the scope of North Korea's denuclearization and the amount of sanctions relief to be granted.

"Anything in this very interesting world is possible, but I believe that Kim Jong Un fully realizes the great economic potential of North Korea, & will do nothing to interfere or end it," Trump said in a tweet Saturday.

"He also knows that I am with him & does not want to break his promise to me. Deal will happen!" Trump added, voicing hope that Kim will fulfill a commitment to suspend nuclear and ballistic missile tests, which he made last year.

In mid-April, meanwhile, Kim oversaw the test-firing of what the nation called a new "tactical guided weapon," but since November 2017, North Korea has refrained from carrying out ballistic missile tests banned under U.N. resolutions.

In his speech at a session of the country's top legislature on April 12, Kim urged the United States to shift its stance in denuclearization talks by the end of this year, criticizing Washington for making what he claimed are one-sided demands.

At his summit with Russian President Vladimir Putin in late April in Vladivostok, Kim was quoted as saying by KCNA that the situation on the Korean Peninsula "has reached a critical point," suggesting Pyongyang may again take provocative actions.

N. Korea ready to engage in enduring battle with U.S. over sanctions