Kazuki Nagasawa and Yuki Muto scored first-half goals, while Shinzo Koroki added a third late in the game, as the Urawa Reds advanced to the Asian Champions League knockout stage with a 3-0 win over Group G rivals Beijing Guoan.

But fellow J-League side Kawasaki Frontale were eliminated from Group H despite thrashing Sydney FC 4-0, after Shanghai SIPG secured second place with a 5-0 victory over group winners Ulsan Hyundai. 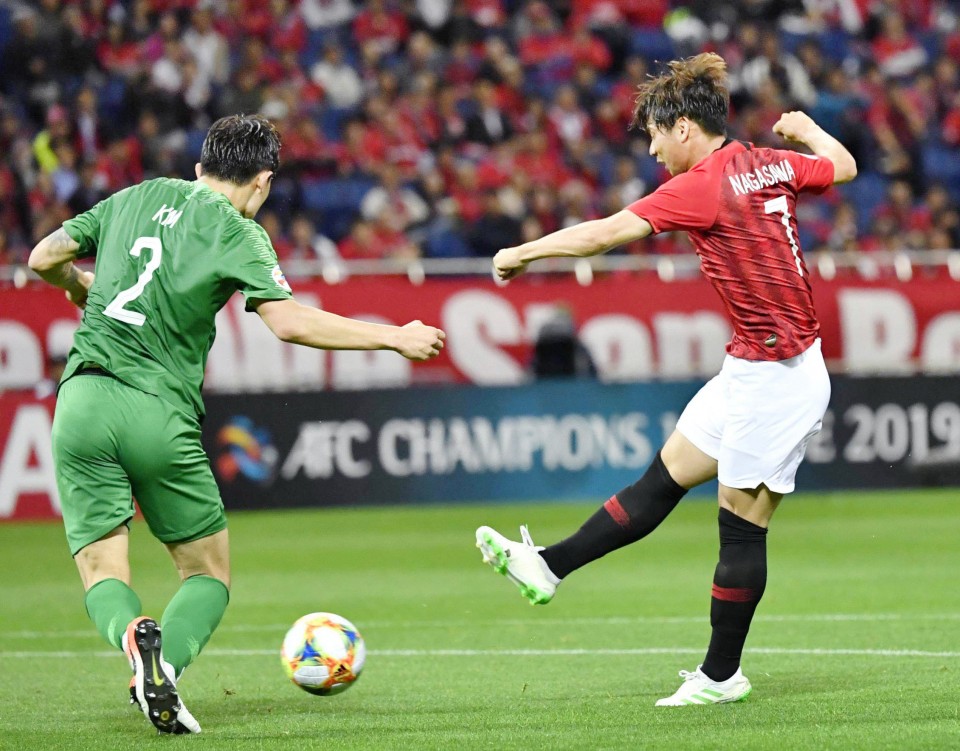 With South Korean champions Jeonbuk Motors having locked up top spot and Thailand's Buriram United already knocked out, Urawa and Beijing came to the final group-stage clash at Saitama Stadium with second place and a spot in the last 16 at stake.

Knowing Urawa's superior goal difference would see them through in the case of a draw, the Chinese Super League leaders came out aggressively. But after weathering an early storm, the 2017 Asian champions took control of the match.

Koroki credited a strong defensive effort from the entire team for getting Oswaldo Oliveira's men through to the next phase.

"We really defended well. As for my own performance, it wasn't as good as I'd hoped, but the team saw the job through right until the end," said the striker, who found the net in the 81st minute after a near miss earlier in the half.

With the visitors applying most of the early pressure, Urawa goalkeeper Shusaku Nishikawa kept his side level by rushing off his line to stop Beijing striker Cedric Bakambu on the breakaway.

Nagasawa, a 13th-minute injury substitute for Yosuke Kashiwagi, found the net on the stroke of 34 minutes. The midfielder gathered a through-ball from Muto in tight space before finishing from just inside the area.

Nagasawa returned the favor seven minutes later, making a run from the left of the box before playing a short cross that Muto drove past Beijing keeper Zou Dehai from the middle of the area.

Muto collected his second assist with nine minutes remaining, pulling a cross back from the left of the box to set up Koroki directly in front.

At Sydney's Jubilee Oval, Frontale went up 3-0 by halftime thanks to a brace from Yasuto Wakizaka and a goal from Ao Tanaka. Leandro added a fourth for the visitors after the break. But it was not enough to see the back-to-back J-League champions through to the last 16 following SIPG's 5-0 demolition of Ulsan at Shanghai Stadium.