Colorful kimono-inspired, patterned hijabs are the latest hit with tourists in Kyoto, as fashion-conscious Muslim women look to fully embrace local culture on their Japanese holidays.

Yumeyakata, a kimono rental shop in Kyoto, for example, began making available "wagara" hijabs with traditional Japanese designs in February in response to the increasing number of Muslim tourists looking to complement their rented kimono with a matching head covering. 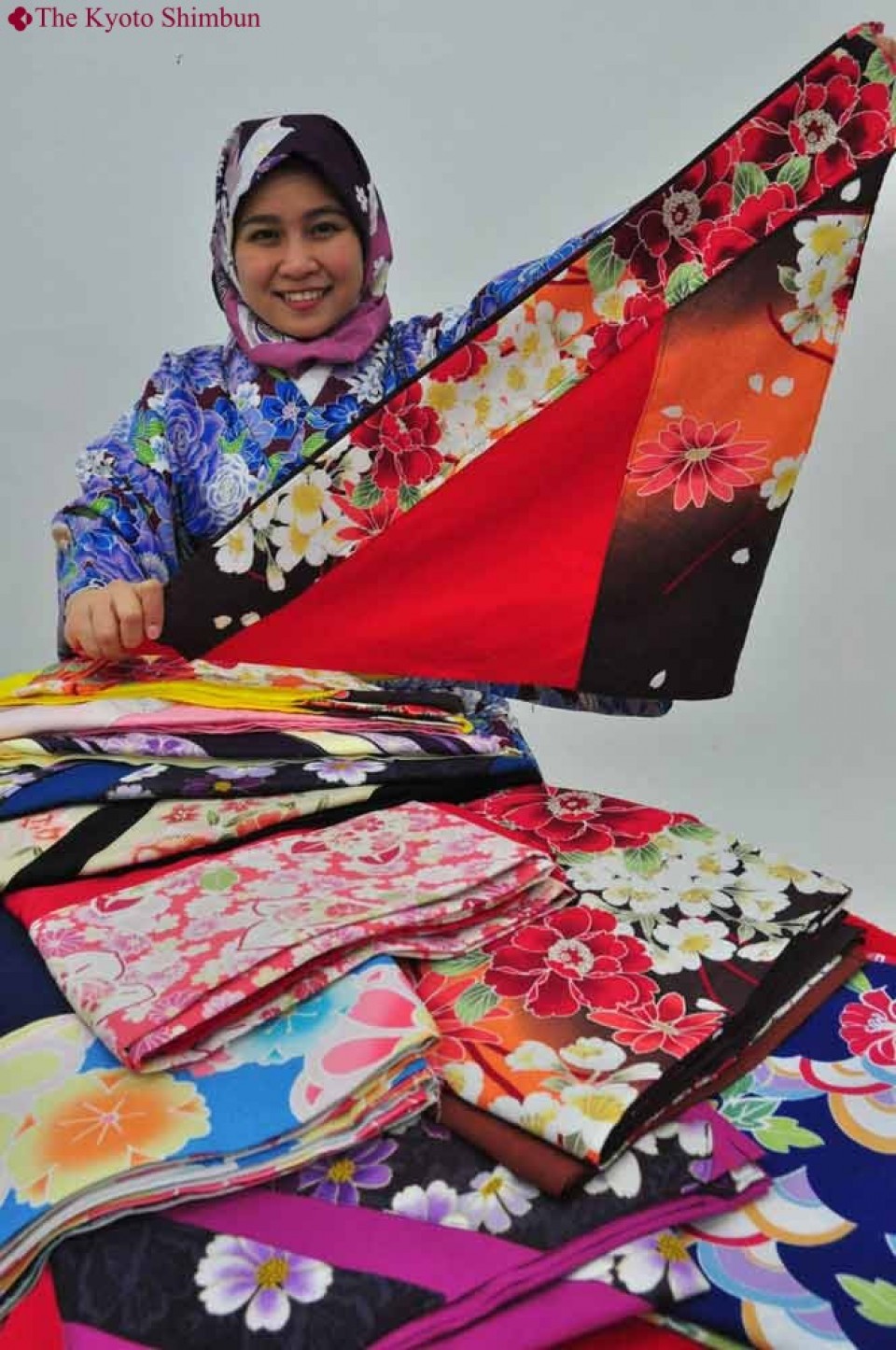 While most hijabs consist of square cloth folded and wrapped around the head, those offered at Yumeyakata are pre-sewn into a three-sided shape, making them easier to wear.

Attention is given to details, such as using a cotton lining, while kimono fabric bearing cherry blossom or chrysanthemum motifs frame the face. The company currently offers a selection of 40 to 50 kinds of wagara hijabs.

Meanwhile, Yoshiya, a Kyoto cuisine and souvenir shop in the popular Arashiyama tourist area on the ancient capital's outskirts, has been selling wagara hijabs for a few years.

It all started when Sachiyo Tsukuda, the company's 53-year-old vice president, gifted a Muslim friend a handmade hijab. The hijab apparently proved a hit when her friend returned to Indonesia, and people began searching for similar headscarves when in Japan, prompting the company to start selling them. 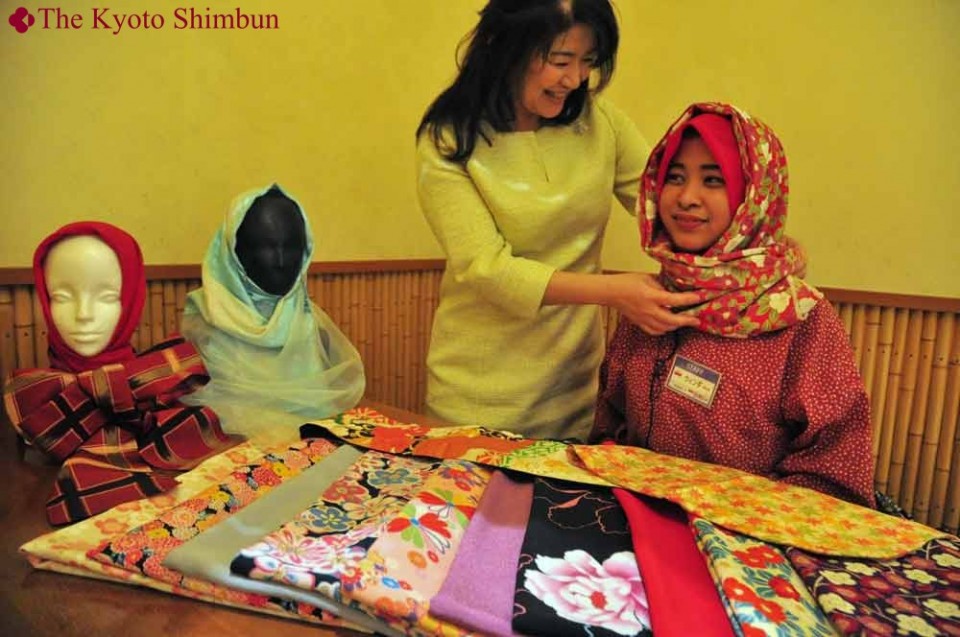 Customers "can enjoy dressing up with the image of Japan in mind," said Tsukuda, who has also built a tatami-floored prayer room at the store as a show of hospitality to her Muslim clientele.