South Korea's government has agreed to allow business representatives to inspect a joint industrial complex, located across the border in North Korea, for the first time since its closure three years ago, a spokesman said Friday.

Unification Ministry spokesman Lee Sang Min told reporters that the government granted the permission to firms that have invested in the Kaesong industrial complex. They requested late last month to be allowed to make an inspection visit.

When asked whether the proposed visit has also been agreed by North Korea, Lee merely said the ministry will continue to have contacts and discussions with the North as required.

In February 2016, the South Korean government announced it was completely suspending operations at the complex to prevent it from generating money that could be used for North Korea's nuclear weapons and missile development.

At the time, it was the last functioning inter-Korean joint project and a key source of hard currency for North Korea.

About 54,000 North Koreans were employed by about 120 South Korean companies operating factories in the zone, which opened in 2004 to combine South Korea's capital and technology with North Korea's cheap labor. 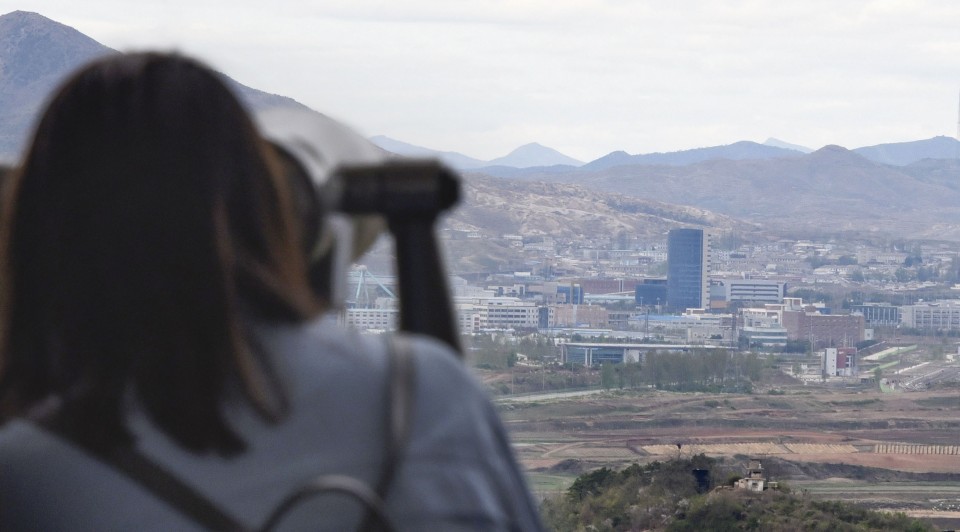 (A tourist uses binoculars to look at the closed joint industrial zone in the North Korea border city of Kaesong from an observatory in Dorasan, northern South Korea, on April 24, 2018.)