Rank-and-file wrestler Asanoyama seized the sole lead at the Summer Grand Sumo Tournament on Friday with a controversial win over sekiwake Tochinoshin, as Kakuryu dropped off the pace by losing to ozeki Takayasu.

Lone yokozuna Kakuryu, who is aiming for a sixth top-level championship, dropped to 10-3 with the loss to his nemesis in the final bout on Day 13 at Ryogoku Kokugikan.

Kakuryu tried to secure a belt grip at the outset, but he was unable to hold on as the powerfully built ozeki shoved him off balance and pushed him out.

Takayasu (8-5) has now won five meetings in a row against the Mongolian yokozuna.

No. 8 maegashira Asanoyama earlier in the day improved to 11-2 with a frontal force out win over Tochinoshin (9-4). The Takasago stable wrestler can secure a rare title by a rank-and-file grappler by avoiding any further losses at the 15-day tournament.

Georgian sekiwake Tochinoshin was initially declared the winner of their bout by a throw, but in an explosive ruling, the judges reversed the decision and awarded it to Asanoyama.

Following a drawn-out conference in the raised ring, the ringside judges determined Tochinoshin had put his heel outside the straw as he tossed Asanoyama to the clay. 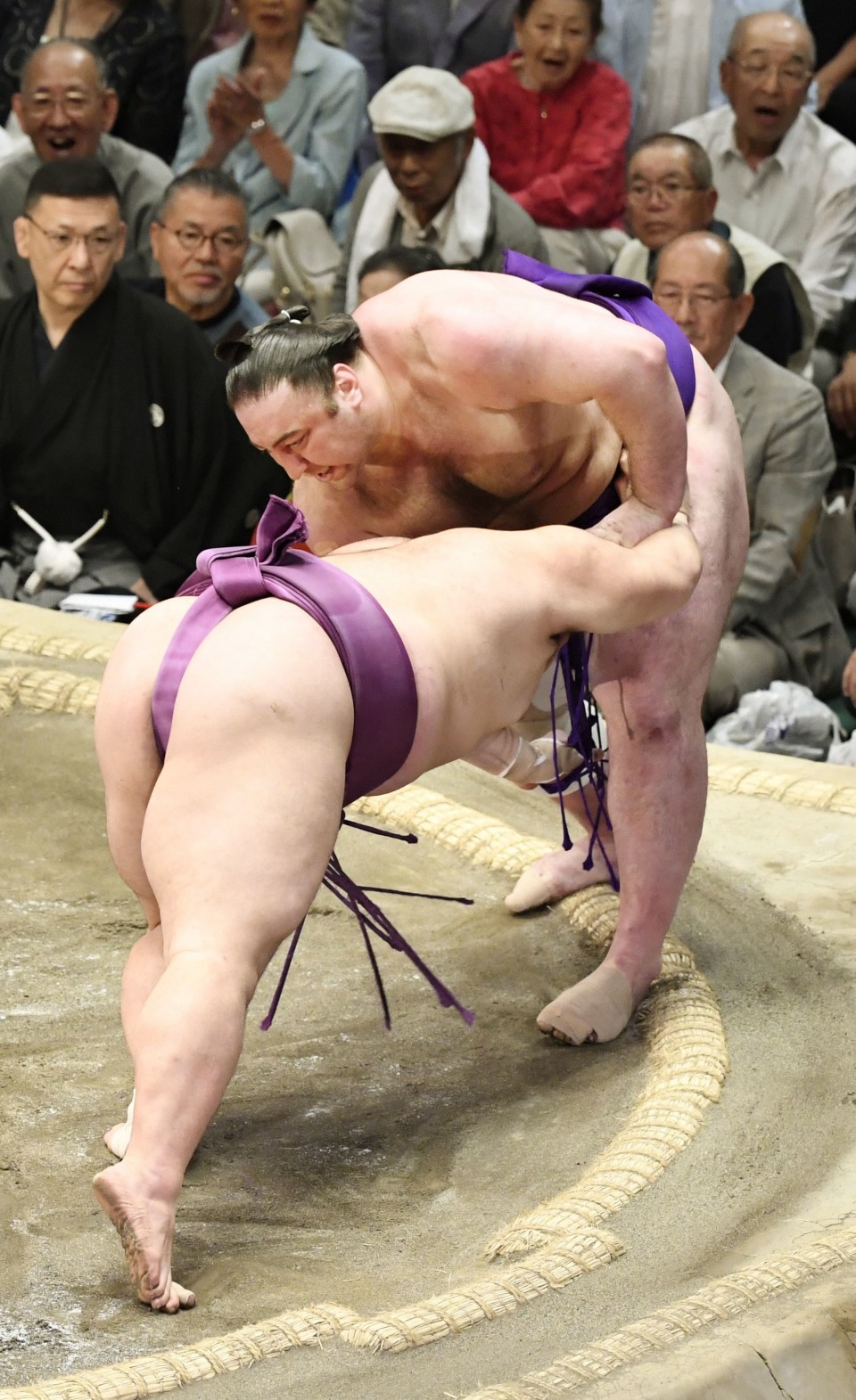 With his fourth loss, Tochinoshin was effectively eliminated from title contention, while remaining one win short of the 10 he needs for promotion back to ozeki.

Ozeki Goeido improved to 9-4 by pushing out No. 7 Shodai in the day's penultimate bout.

Shodai (8-5) held firm against Goeido's opening charge, but the ozeki unleashed a second burst of power to drive his way to victory.

Sekiwake Ichinojo, who missed four days through injury, improved to 4-6-3 winning with an armlock throw against No. 8 Endo (5-8).

Komusubi Mitakeumi (7-6) continues his pursuit for a winning record after getting pushed out by No. 5 Ryuden (8-5).

Bulgarian komusubi Aoiyama (6-7) kept his chances of a winning record alive by pushing out No. 4 Abi (8-5).