A 49-year-old Nepali Sherpa guide on Wednesday morning summited Mt. Everest for the 23rd time, bettering his own record set a year ago for the most visits to the world's highest peak.

Kami Rita Sherpa reached the top of the 8,848-meter mountain at 7:50 a.m., Mira Acharya, a tourism ministry official, told Kyodo News by phone from the mountain's Base Camp. Except Sherpa, no one has climbed the mountain more than 21 times.

Before leaving for the mountain last month, Sherpa told journalists in Kathmandu that he would retire only after climbing the mountain 25 times.

Sherpa took advantage of the first weather window of this season on the mountain. The window -- or narrow periods of good weather -- is expected to last through Thursday. 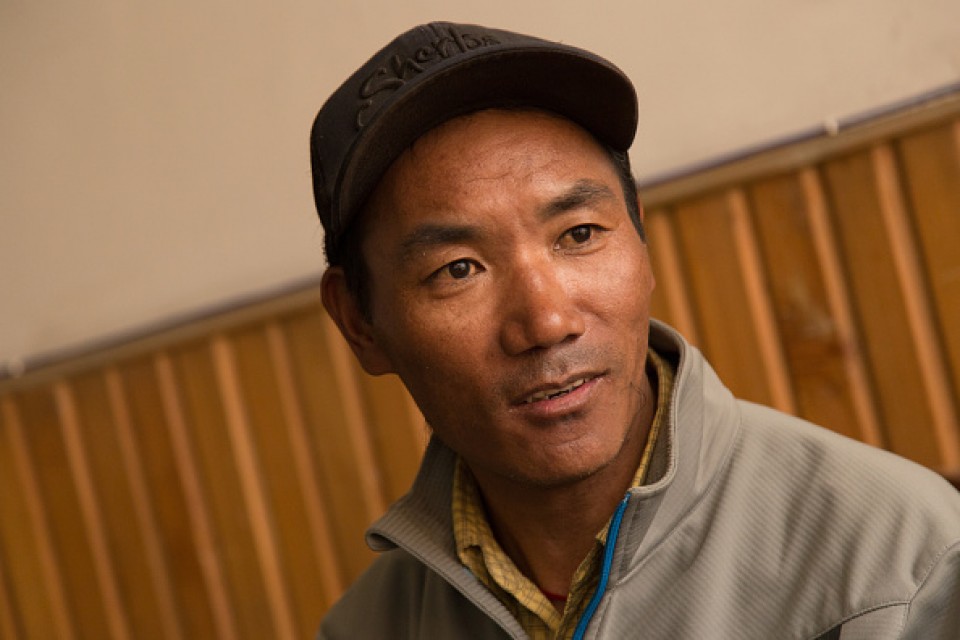 There are few weather windows on the mountain when climbers can make the final push.

Acharya said dozens of climbers are trailing Sherpa with the aim of reaching the summit Wednesday.

On Tuesday, rope fixers were able to open the climbing route to the top of the peak.

Sherpa, who hails from Thame village in Solukhumbu district, first climbed Mt. Everest in 1994. Since then, he has climbed the mountain almost every year.

His then world-record 22nd climb took place on May 16 last year.

A total of 378 climbers have been issued permits to climb the mountain this season.

Spring is the most popular climbing season in Nepal because of favorable weather conditions.

Nepal is home to eight of the world's 14 mountains that measure 8,000 meters or taller.